A Bullet Fired at the Power Elite by the American People

In a column published here on April 25th, I wrote about Donald Trump’s recent speech in Buffalo.  At that time, Trump’s polling number against Hillary was 39.5%.  In that column, I made my prediction for November: “Leaving aside the minor parties as the system is rigged against them too, Trump 52; Hillary 48.  Call it the defeat of the elite.”

Last week, Trump pulled off the biggest upset in American political history.  The media class, which, based on their coverage of Trump, I began to call “Pravda,” missed it.  The political class missed it.  I have watched these folks for decades.  They are out of touch with reality, shielded from some of the harsher aspects of life by their incomes and their connections.  They always land on their feet.  These folks live in an echo chamber.  They only talk to each other.  They continually hear their own stilted view of the world repeated back at them 24/7/365.

Even sharp election analysts like Nate Silver got it wrong. I posted my Electoral College map on Facebook before the election, giving Trump the win.  One fellow responded, “Nate Silver has the best track record in the business.”  It took me about five seconds to respond: “My 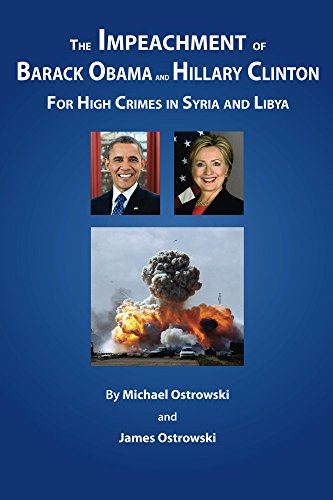 record is better on Trump.”  He had dismissed Trump early and often.  I had listed Trump as a possible nominee in early July of 2015.

I am certain my prediction in April was laughed at by the political and media class.  Unlike them, I am not out of touch with reality on the ground.  I am a working class lawyer living in a working class neighborhood doing legal work for working class people.  Life has become a struggle for the bottom 80%.  These are the folks who live paycheck to paycheck and have no savings to fall back on to pay for unexpected expenses like a transmission job.  You see them during rush hour racing grimly to get home and check on the kids who they haven’t seen all day.  No one is home anymore taking care of the kids, the future, in most families.  I described this in my book on Progressivism:

“In olden days, older parents would live with their children and help raise the grandchildren. Now, adult children think nothing of moving thousands of miles away from their parents and then easing them into government-funded nursing homes where they are drugged into oblivion with Medicaid-funded drugs providing huge profits to Big Pharma. FDR and LBJ in three generations were able to undo the family structure built up over the eons. The kids are in daycare, the grandparents are in nursing homes and the adults are tax slaves for the progressive state. What a country!”

People are angry out there.  They don’t agree with everything Trump said and did, but they viewed him as a way to send a message to the power elite.  They want something different and fast.  Trump is not a policy wonk.  He is not an ideologue.  He has no clear policy views other than those derived from his America First nationalism.  On issues aside from trade and immigration, he is a blank slate.  My hope is that his pragmatism will, ironically, lead him to embrace libertarian policy ideas.   I predict that once he spends a few months studying the

federal government, he will find levels of incompetence, corruption, and chaos that would not be tolerated in the private sector for ten minutes.  At that point, a great choice will have to be made.  Will he have the insight to see that these myriad programs cannot be made to work and need to be extirpated?  Or, will he, as Chris Collins, unfortunately, suggested on TV the morning after the election, bring in the best and brightest people to make progressive big government work better. Yikes!  For 50 years, the pathetic role of the GOP in the Progressive State of America has been to make failed progressive programs work better.

If Trump continues that pattern, he will fail and fail fast and hard.  There is little time and no margin for error.  America dodged a bullet on election night.  One more Democratic victory and we will have a permanent structural progressive Electoral College majority, basically, a one-party state.  The left controls virtually all of the idea-disseminating organs of society and it is a simple fact that rising immigration manufactures Democrats who favor big government.  California, where Hillary got 62% of the vote, is the future if present trends continue.

Let me end by quoting my favorite play, about politics of course: