Many of you are probably familiar with castor oil as the go-to concoction that old-time healers recommend for a wide range of ailments — from constipation to colds and fever, and even as treatment against parasitical worms.1 Castor oil is claimed to be one of the best remedies there is.

I have previously written about the mysteries — and potential health uses — of castor oil, and despite having minimal research backing up its potential medicinal effects, I do believe that there are notable benefits from using this versatile oil.

It’s one of the most well-known natural remedies with a long enough history to at least warrant greater scientific exploration — nevertheless, a little careful at-home experimentation before using it wouldn’t hurt.

The Uses of Castor Oil Date Back Centuries Ago 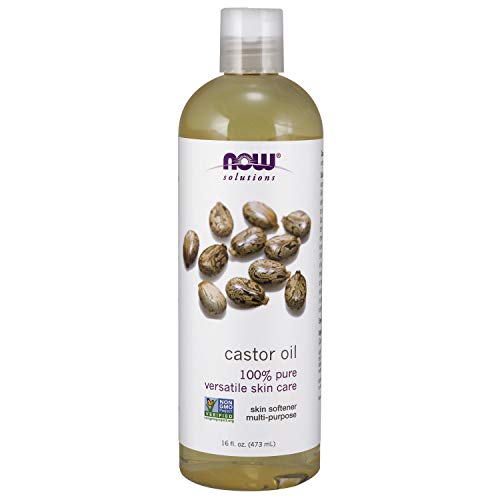 Castor oil is made by pressing the seeds of the castor plant (Ricinus communis), which is native to India, although it is now cultivated in Mediterranean countries such as Algeria, Egypt and Greece. In France, castor is grown as an ornamental plant because of its large and lovely foliage.2

Many ancient civilizations, including early Egyptians, Chinese and Persians, valued the castor plant for its many uses, such as fuel for lamps and as an ingredient in balms and ointments.

During the Middle Ages, the castor plant became well known in Europe for treating skin ailments. The Greek physician Dioscorides even described how to extract the oil from the plant, but warned that the seeds should be used externally only as they are “extremely purgative.”3

Castor oil is a triglyceride that is composed of fatty acids, 90 percent of which is ricinoleic acid. Other seeds and oils, like soybean oil and cottonseed oil,4 also contain this unique fatty acid, although in much lower concentrations.

Ricinoleic acid is said to be the primary healing ingredient in castor oil and, according to David Williams, a medical researcher, chiropractor and biochemist, it’s:5

In his article, Williams also says that in India, castor seed plants are traditionally used for various health conditions such as dysentery, asthma, constipation, inflammatory bowel disease and bladder and vaginal infections.

“The most effective use of castor oil is castor oil packs or poultices, which increase topical absorption. When used properly, castor oil packs improve the function of the thymus gland and other immune system functions,” he adds.6

14 Ways You Can Use Castor Oil at Home

If you have a bottle of castor oil ready at home, then good for you; if not, then you should consider buying a high-quality brand right away. You will surely be impressed by this versatile oil’s many uses. The website Natural Living Ideas7 gives 14 ways on how you can use castor oil, which I’ve summarized below:

1.Safe and natural laxative. A 2010 study highlighted how castor oil packs helped to effectively reduce constipation among the elderly.8 The U.S. Food and Drug Administration (FDA) actually deems this oil “generally regarded as safe and effective” for use as a stimulant laxative.9

Oral ingestion of castor oil can “purge” the digestive tract within two to five hours. However, remember to take it in the appropriate dose. Adults can take 1 to 2 tablespoons, while children 2 to 12 years old should be given only 1 to 2 teaspoons.

Infants below 2 years old are not advised to take more than a teaspoon at a time. When giving it to children, try mixing it in freshly squeezed juice so it becomes more palatable.

2.Muscle pain relief. Rub it on your muscles after an intense workout to promote blood circulation and relieve soreness. Mix 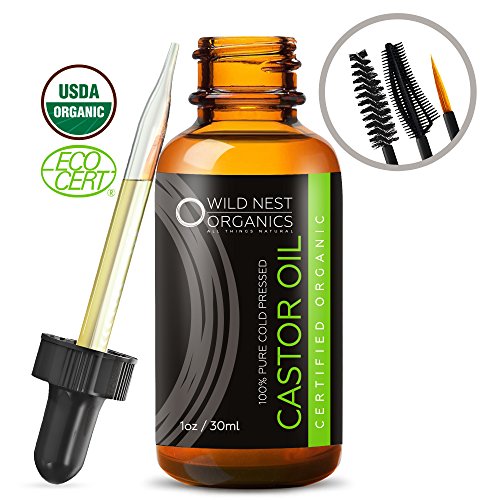 it with peppermint oil orRoman chamomile oil for extra healing and soothing effect.

3.Alleviates joint pain. The ricinoleic acid in castor oil has a decongestant effect on the lymphatic system, which is responsible for collecting waste from your tissues and carrying it to your bloodstream to be eliminated.

If the lymphatic system is not working properly, such as in people with arthritis, joint pain occurs. Massaging castor oil on the joints can help ease the congestion and jumpstart your lymphatic system.

A 2009 study published in Phytotherapy Research supports this, and reveals that castor oil helps relieve pain among patients with knee osteoarthritis.10

Simply warm the oil, apply onto the affected area before bedtime and leave it on overnight. Repeat for a week or until the infection has disappeared completely.

5.Promotes healthy hair growth. Massaging warm castor oil on your scalp (and even your eyebrows) may stimulate the follicles and result in extra hair growth. Do this every night, and you might see improvement in as little as two weeks. Castor oil may work on areas that have been affected by alopecia as well.

6.Gives your hair a richer color. Castor oil locks in the moisture in your hair, giving it a richer and thicker appearance. To get this effect, warm a tablespoon of the oil and use your fingertips to coat each strand, running your fingers through your locks to get it on as much hair as possible.

7.Natural mascara. Melt a tablespoon of beeswax in a double boiler, then add 2 tablespoons of charcoal or cocoa powder (depending on your hair color) and castor oil and mix until you get the desired consistency.

This homemade mascara contains no toxic chemical ingredients, unlike other conventional beauty products out there. Alternately, you can apply castor oil to your lashes every night to make them look fuller and thicker.

8.Skin moisturizer. The fatty acids in castor oil can nourish and moisturize dry skin. Due to its viscous nature, it stays put and easily penetrates into your skin tissue.

Remember that a little goes a long way — simply rub a teaspoonful between your palms and apply all over your skin.

9.Banishes blemishes and other skin problems. Say goodbye to unsightly and embarrassing skin growths with the help of castor oil.

Because of its antimicrobial and anti-inflammatory properties, it may have some beneficial effects on skin tags, acne and warts. One study published in the Journal of International Toxicology also found that castor oil may have positive effects against occupational dermatitis.11 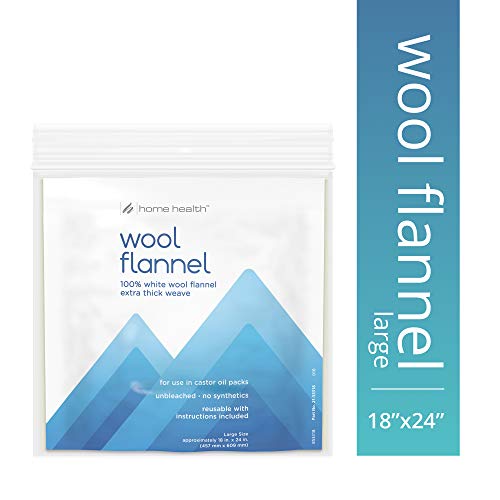 10.Assisting a good night’s sleep. It’s said that dabbing a small amount of castor oil on your eyelids can help you fall asleep much easier. Castor oil may promote a deeper and longer sleep.

11.Works great for colicky infants. Colic sometimes occurs during the first few months of a baby’s life and can lead to long periods of excessive crying. Its exact cause is still unknown, although gas is believed to be a major culprit. To use castor oil for colic, simply rub it gently all over your child’s abdomen.

12.Safely treats your pets’ wounds. If you see minor cuts or wounds on your dog’s or cat’s skin, dab a bit of castor oil to help facilitate healing, due to its antimicrobial and anti-inflammatory effects. If your pet licks the wound (as most pets do), the oil is not harmful but could lead to loose stools.

13.Can be used as a food preservative. Dried grain products can be coated with castor oil to prevent them not only from spoiling, but also protect them from microbes and pests. Generally speaking, however, grains should be kept to a minimum for optimal health.

14.All-around lubricant. If you have items around the home that need lubrication, such as squeaky hinges, scissors or meat grinders, castor oil works just great. Due to its consistent viscosity, castor oil does not freeze, so it can be ideal for either hot or very cold temperatures.

When used topically, it’s not necessary to blend castor oil with a carrier oil; just make sure to test the oil on a small part of your skin to check for any allergy or skin reaction.

Aside from rubbing or massaging it directly on your skin, you can make a castor oil pack, which I believe is the coup de grace of this holistic therapy. The late psychic healer Edgar Cayce was the first to promote the use of castor oil packs for healing. It was then later researched by Dr. William McGarey of Phoenix, Arizona.

McGarey, a primary care physician and follower of Cayce’s teachings, said that if used properly, castor oil packs can greatly benefit your immune system. He shares his findings in his book, “The Oil That Heals: A Physician’s Successes With Castor Oil Treatments.”

To learn how to make and use a castor oil pack, watch this video from Edgar Cayce’s Association for Research and Enlightenment, a foundation that aims to transform people’s lives through the teachings of Cayce.

Castor Oil Can Stimulate Labor — But Extreme Caution Is Advised

Another popular traditional use for castor oil is as a labor stimulant. Researchers found in mice studies that ricinoleic acid causes the intestines and uterus to contract, which can then stimulate labor. A study found that among 100 pregnant women tested, more than half of the group who were given castor oil went into labor in a period of 24 hours.12 However, I don’t advise using it in this way due to its potentially harmful side effects.

One 2001 study reported that all pregnant women who took castor oil experienced nausea afterwards.13 Another study also warned that the castor oil-induced contractions may lead to the passage of meconium (a baby’s first stool) while still inside the womb — putting him at risk of meconium aspiration that may result in neonatal respiratory distress. According to the study authors:14

“Most side effects caused by taking castor oil are fatigue, nausea, vomiting and diarrhea. Also, castor oil affected newborn’s APGOR score at the first minute … It is very important that women get the appropriate dosage from midwife or obstetrician before trying any castor oil induction.”

Did You Know Castor Seeds Contain a Deadly Ingredient?

Despite its potentially healing properties, you should know that the castor plant also contains a potent poison called ricin. Found in raw castor beans and the “mash” that’s left behind after castor oil has been processed, ricin, through oral, nasal or intravenous transfusion, prevents protein synthesis and kills your cells.

Ricin is so potent that ingesting or inhaling just 1 milligram may be fatal,15 just as eating four to eight castor seeds can lead to death.16 There is no antidote for it; that’s why ricin is even used as a chemical warfare agent. In 2013, there were reports of ricin being mailed to U.S. Senators and even to President Obama.17

However, you don’t need to worry about ricin poisoning from castor oil, as it is extracted from the beans during the manufacturing process. The International Journal of Toxicology’s Final Report on Castor Oil18 confirms this, saying that ricin does not “partition” into the castor oil, which is why castor oil has been safely added to cosmetic products without any effects.

Use Castor Oil, but Keep an Eye Out for Potential Side Effects

As with any herbal oil, I recommend that you use castor oil with care, as it can have potentially negative side effects. Those with sensitive skin may experience allergic reactions19 if they use this oil topically, which is why I advise doing a skin patch test prior to applying it copiously on large skin areas.

If taken internally, the ricinoleic acid in it works as an irritant to the intestinal lining, which is responsible for alleviating constipation. Nevertheless, it may also lead to gastrointestinal upset and discomfort, as well as dizziness and nausea. So if you suffer from any digestive problems like irritable bowel syndrome, ulcers, cramps, diverticulitis, colitis or hemorrhoids, I advise you to avoid using this oil. Those who have recently undergone surgery should also refrain from using castor oil.

Lastly, make sure that you purchase organic castor oil from a reputable source. Much of commercial castor oil sold in stores today comes from castor seeds that were likely heavily sprayed with pesticides or processed with solvents and other chemical pollutants, which damage its beneficial components and may even contaminate the oil.