Things are not going well for the Hillary campaign these days.

She is without a doubt sick, but no one knows what. Anyone trusting the pneumonia diagnosis as the full truth has mush for brains.

And today we learned that the Clinton campaign has been dinging donors multiple times for “one-time” donations.

Hillary Clinton’s campaign is stealing from her poorest supporters by purposefully and repeatedly overcharging them after they make what’s supposed to be a one-time small donation through her official campaign website, multiple sources tell the Observer.

The overcharges are occurring so often that the fraud department at one of the nation’s biggest banks receives up to 100 phone calls a day from Clinton’s small donors asking for refunds for unauthorized charges to their bankcards made by Clinton’s campaign. One elderly Clinton donor, who has been a victim of this fraud scheme, has filed a complaint with her state’s attorney general and a representative from the office told her that they had forwarded her case to the Federal Election Commission.

“We get up to a hundred calls a day from Hillary’s low-income supporters complaining about multiple unauthorized charges,” a source, who asked to remain anonymous for fear of job security, from the Wells Fargo fraud department told the Observer. The source claims that the Clinton campaign has been pulling this stunt since Spring of this year. The Hillary for America campaign will overcharge small donors by repeatedly charging small amounts such as $20 to the bankcards of donors who made a one-time donation. However, the Clinton campaign strategically doesn’t overcharge these donors $100 or more because the bank would then be obligated to investigate the fraud.

The fraud specialist said that Clinton donors who call in will attempt to resolve the issue with the campaign first but they never get anywhere. “They will call the Clinton campaign to get their refund and the issue never gets resolved. So they call us and we just issue the refund. The Clinton campaign knows these charges are small potatoes and that we’ll just refund the money back.”

fraudulent charges. I can’t imagine how many more people are getting overcharged by Hillary’s campaign and they have no idea.”

Carol Mahre, an 81-year-old grandmother of seven from Minnesota, is one of the victims of Clinton’s campaign donor fraud scandal. In March, Mahre said she made a one-time $25 donation via Clinton’s official campaign website. However, when she received her US Bank card statement, she noticed multiple $25 charges were made. Mahre, who said in an interview she only contributed $25 because she’s “not rich” and that’s all she could afford, contacted her son, Roger Mahre, to help her dispute the unauthorized charges.

Roger, who is an attorney, told the Observer that he called the Clinton campaign dozens of times in April and early May in an attempt to resolve the issue. “It took me at least 40 to 50 phone calls to the campaign office before I finally got ahold of someone,” Roger said. “After I got a campaign worker on the phone, she said they would stop making the charges.”

Incredibly, the very next day, Carol’s card was charged yet again and the campaign had never reversed the initial fraudulent charges. “I was told they would stop charging my mother’s card but they never stopped.”

Since the campaign failed to amend the problem for Carol, Roger contacted her bank, US Bank. However, he ran into problems when he asked US Bank to refund his mother’s money. Roger told the Observer that the bank would not reverse the charges and that a bank spokesperson told him that they had no control over companies that make unauthorized charges. At that point, Roger decided to contact his local news and filed a fraud complaint with Minnesota Attorney General Lori Swanson’s office on behalf of his mother. After local TV news Kare 11 ran a story, someone from US Bank contacted Roger the next day and said that they had reversed and stopped the charges to his mother’s card.

Since Carol’s story became public, Roger said he’s heard from other people who have been ripped off by the Clinton campaign. “I’ve heard this is happening to other small donors,” Roger said. “People will donate $25 but then when they receive their credit

The incident hasn’t just left a bad taste in Roger’s mouth. Carol decided she’s not going to vote for Hillary even though she’s voted for the Democratic presidential nominee every election since President Dwight Eisenhower won reelection in 1956. “My mother is a lifelong Democrat and she’s voted every election in her life for a Democrat but she’s not going to vote for Hillary,” Roger said.

The New York Times reported in 2007 that Clinton’s first presidential campaign had to refund and subtract hundreds of thousands of dollars from its first-quarter total often because donors’ credit cards were charged twice. Additionally, it was reported that Clinton had to refund a stunning $2.8 million in donations, three times more than the $900K President Barack Obama’s campaign refunded.

“We get up to a hundred calls a day from Hillary’s low-income supporters complaining about multiple unauthorized charges,” a source, who asked to remain anonymous for fear of job security, from the Wells Fargo fraud department told the Observer. The source claims that the Clinton campaign has been pulling this stunt since Spring of this year. The Hillary for America campaign will overcharge small donors by repeatedly charging small amounts such as $20 to the bankcards of donors who made a one-time donation. However, the Clinton campaign strategically doesn’t overcharge these donors $100 or more because the bank would then be obligated to investigate the fraud. 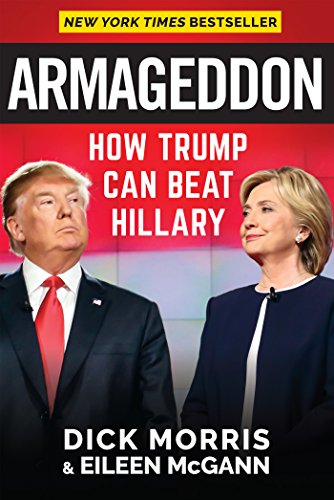 “We don’t investigate fraudulent charges unless they are over $100,” the fraud specialist explained. “The Clinton campaign knows this, that’s why we don’t see any charges over the $100 amount, they’ll stop the charges just below $100. We’ll see her campaign overcharge donors by $20, $40 or $60 but never more than $100.” The source, who has worked for Wells Fargo for over 10 years, said that the total amount they refund customers on a daily basis who have been overcharged by Clinton’s campaign “varies” but the bank usually issues refunds that total between $700 and $1200 per day.

Morals of the Story

I cannot prove any of this. Nor can anyone else unless they have a recording of the call.

But there is a moral to this story, two actually.