Patriotism: The Most Primitive of Superstitions

Well, well, well! It appears I struck a nerve with the Star Spangled Scam article. I got mostly very appreciative emails, but there were a few that took great offense at what I said. One guy said I was lucky I don’t “live in Korea”. He didn’t bother to say whether that was North Korea or South Korea. Must be his history book was published before the Korean War in an era when America still won wars, more or less. So let me set a few things straight here.

First, yes, I do live in the United States and I was born here. In fact, my mother’s people were already here when some of these peoples’ ancestors “discovered” America and named it America sometime later. And look what you’ve done with it! Be that as it may, whether or not one was “born here” makes no difference. I suppose the same was said in Germany in 1936: “You’re lucky you were born here and not in, 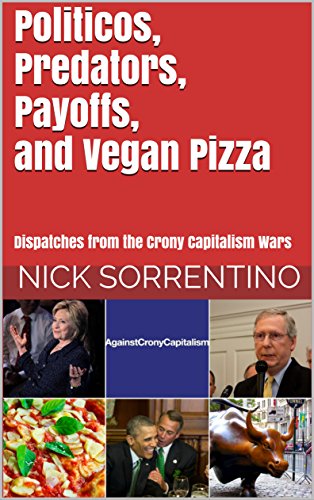 uh, well, hmmm…” Give me a break here, people. Playing the “lucky” card is no different than saying, “You’re lucky you were just beaten with a baseball bat and not a crowbar!”

People become attached to illusions such as the United States government providing them freedom, military members dying to safeguard it, the national anthem celebrating it, and the flag representing the whole shebang. Well, if that much is true, explain to me how it is we LOST the Vietnam War and remained free? Right, because “the liberals” wouldn’t “let” us win it. Excuse me, but it was a Republican that owned that war towards the end and finally gave up and ended it. And explain to me how a Republican could not win the Afghanistan war in nearly seven years of waging it and so it still continues today. Maybe we should go back and look at the military operations Republicans have been at the helm off and bungled or lost. Liberals lost us the Vietnam War, yeah, sure. And the national anthem better be sung to celebrate those wars or else.

While we’re at it, perhaps you can explain to me how it is you people hate the government so much when the Democrats are running it and claim it to be a tyrannical police state. But when the Republicans get in, it becomes a paradise of freedom and prosperity. How does this happen? By magic, perhaps? What, did Ronald Reagan get in there and have his wife’s astrologer do some hocus-pocus and conjure up “morning in America” for us? Yeah, we’re still dealing with the hangover from that military spending binge, too. Is this like flipping a coin? “Heads we have freedom, tails we have a dictatorship!” If that’s the case, this government is less reliable than the slots in a rigged casino, which is what it is.

Other people said I ought to move out of the country. This is from the old, “You have freedom, but don’t you dare use it! If you do, you must be exiled!” Wow, that sure showed me how great America is! Is this freedom like a spare tire? You only use it when one of the four tires of logic finally goes flat? Or is it like a fire extinguisher? When the people finally figure out they’re getting screwed by the government, you break the glass, get out the revolution extinguisher, and spray them all with freedom? “You people are free! Now pipe down in those holding cells or we’ll break out the pepper spray, batons, and stun guns!”

I write because I see that what I am told by the government does not match up with the truth. A good country does not cart people off to secret prisons, torture them, then, shucks, find out some of them were innocent. A good country does not have cops who shoot unarmed people, KEEP their jobs, and probably don’t even get a verbal reprimand. Right, but anyone else gets indicted on Murder One, am I right? Yes, and if some Luftwaffe Stuka pilot bombed a Polish refugee column in 1939, the United States will drag the tottering, senile old codger out of a nursing home to put him on trial for it right now. But not one single American has even been indicted for the torture of human beings that went on for, what, seven years that we know of? No one has been indicted for starting a war on false premises. So this I should sing about? This I should be proud of?

Some people remind me of toddlers that pull the blanket over their heads and pretend no one can see them. The tots even say, “You can’t see me Mommy!” That’s the relationship these people have with the government now. They pull the blanket of delusion over their heads and pretend they can’t see a police state. They say, “Look, Mommy, I can’t see your police state! Now can we sing the Star Spangled Banner and have Freedom Fries with ketchup John Kerry’s wife didn’t make?” Right, remember that? France wouldn’t go along with the Iraq War, so we called them cowards and renamed French Fries to show them how mature we are. They’ve lost several times over the people we have in terrorist attacks on their streets because of the echoes coming directly from the Iraq War. Which we started. Based on lies. And you think I ought to be proud of that?!

Where is the consistency? Where is the moral compass? Some Americans can’t land navigate their way out of this moral cesspool because they traded their moral compass for patriotism and a super-sized Freedom Fries. “My country right or wrong”? No! My country better be right, as in living up to its own inflated rhetoric it tells the Third World in order to justify its actions, or I will tell my country they’re wrong. It’s as simple as that. Don’t ask me to blindfold myself to the killing of human beings who have not harmed me. Don’t ask me to look the other way when we’ve been at war for FIFTEEN YEARS now and for what?! Freedom?! Safety?! Right, you go stand in line at the airport and tell me how free you are when the TSA gets a hold of you. Tell me how safe you are when a SWAT team gets a wrong address and does a no-knock raid on your house. Tell me how safe you are when you get pulled over and shot because you “looked” like you were reaching for a gun. Tell me how free you are when you don’t sign up for ObamaCare and they ding your tax return to the tune of over a grand. Right, freedom and safety.

The government sets up idols before the people to be worshipped. These have become snares and stumbling blocks for some people who just cannot get around the fact that these are false gods the government has installed to represent the State. The Romans did the exact same thing and people have no problem chuckling at those primitive superstitions. But look at the ones here! People get their panties twisted over a flag and a song! The worst superstition is the one that supposes freedom and prosperity come from the government. That’s the one that, one day, is going to get us into a war that we won’t be able to cease-fire our way out of. And when we lose that war, probably one with Russia, then we’re going to get to see the true cost of all this patriotism. And I don’t want to hear any whining then, either. If we’re still alive, that is.