For What Do We Stand?

The humanoid collective is in an unforgiving snit over the refusal of NFL quarterback, Colin Kaepernick, to stand for the playing of the national anthem. For a society that was once grounded in a greater tolerance for individual values and preferences, this reaction is another symptom of a system that no longer serves – much less tolerates – the diverse nature of human life.

Why would an intelligent person in any country want to stand for and sing a “national anthem?” How would such an act contribute to the well-being of someone who engaged in it?  Let me state, at the outset, that in all matters relating to my conduct, I am a firm agnostic when it comes to evaluating the conduct others expect me to follow. Consensus-based definitions of reality or propriety do not impress me. My mind will always insist upon  asking my favorite word in the English language – the word that children ask of the adults in their lives until they are forced to abandon its use – “why?”  If you would like me to follow a prescribed course of behavior, please inform me how my doing so would benefit me. 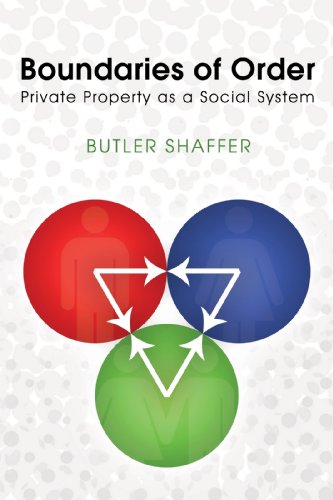 For such reasons, I do not stand for – or sing – the national anthem; do not pledge allegiance to the state; nor salute its most visual image, the flag. Neither do I snap to attention on command, nor thank soldiers for their “service” in helping to kill innocent men, women, and children in foreign lands, as [1] I had not asked them to do so, and [2] such a request, on my part, would have been an evil act.

I do not recite The Lord’s Prayer, nor shout “Go Big Red!” at football games. I am not hostile to such expressions and respect the liberty of others to do so because I know such words reflect what is of value to them. I ask only that others respect my liberty to express myself in my chosen ways, a request Mr. Kaepernick now makes of the rest of us.

I do not fully accept Samuel Johnson’s classic statement that “patriotism is the last refuge of a scoundrel.” Were he around today, he might discover that it is not the “last refuge,” but more often the first. In order to understand the meaning of the patriotic babbling that is so prevalent, we should begin by analyzing what these expressions and practices mean.

The “pledge of allegiance” is probably the first statist article of faith to which young children are introduced. Written by Francis Bellamy, an avid socialist, and first published in “The Youth’s Companion” in 1892, the meaning of this “pledge” is immediately obvious to anyone who bothers to think while reciting the words. “I declare my obedience to the American state, its visual symbols, and to the other trappings of state power.” To emphasize the firmness of the pledge, my fellow students and I were required to salute the flag in the same stiff-armed style that had become so prevalent in Germany. We used this salute during 1941-42 at the government school to which I had been sentenced.

Saluting the flag was another state-imposed obligation we were conditioned to perform. The absurdity of requiring people to salute brightly-colored pieces of cloth was not fully brought home to me until my first year in undergraduate college. Male students, at my school, were required to take two years of ROTC classes. In my class, taught by an Air Force major, we were told that, when we were in our ROTC uniforms, should we walk past a flagpole flying an American flag, we must stop and salute it. If we were not in uniform, we ought not to salute it but should, out of respect for the flag, take a different route so as to not walk past it. Such is part of the litany of lunacy that it is the purpose of academia to inculcate in their conscripts.

Lest anyone think that dedication to statist patriotism would never be undertaken by the more highly-respected colleges and universities, consider the recent contribution to collective madness provided by one of the better schools, Northwestern University. In the design of their football team’s uniforms, super-patriotism oozed from virtually every stitch. I watched a Northwestern University football game on television a year or two ago and was sickened to see to what depths of indecency the school had plummeted in the dressing of its players. From their helmets down to their shoes, their uniforms were one lengthy American flag, with simulated blood spatterings distributed at random. These uniforms were not simply in bad taste, but pathological.

Anyone who has attended a football game – be it high school, college, or professional – knows that this sport long ago became an integral part of the war machine, with military color guards, uniformed soldiers, aerial death machines flying in close formation to thrill the assembled members of the boobeoisie, and cannons sometimes used to celebrate touchdowns. The school marching band, with flags flying, then performs the “national anthem,” for which all but the rational in attendance have been conditioned to stand. The late George Carlin did a wonderful performance on how the nature, rules, and terminology of this game have a military character.

Why the “national anthem” plays a central role in the statist weltanschauung requires examination. I doubt that any who insist upon others publicly acknowledging the subservience of their individual souls to the state’s institutionalized powers of death and violence, perform this ritual in their private lives. Television stations used to end their broadcast day with a playing of this music, but I suspect that even the most fervent boob-hustler does not end his day standing as the tune is played. Are family birthday parties or Christmas morning gatherings

around a lighted tree prefaced by a video of the Marine Corps band’s rendition? Do eager patriots listen to the “national anthem” or salute the flag before cleaning the garage or mowing the lawn? Would those who say grace before a meal, be inclined to substitute the pledge of allegiance, with the state acknowledged as the source of their blessings?

The “national anthem” has as its purpose the creation and  enforcement of the collective mindset essential to the war system. Its words penned by the slave-owning, anti-abolitionist, Francis Scott Key, while the tune derived from a British beer-drinking song, the anthem is one of the many anti-individual tools designed to sanctify mob-thinking. The phrase “communities matter, not individuals” – in a book directed to children, and published by Dorling Kindersley, Ltd. – fortifies the herding purposes of institutionalized schools. The success of such conditioning was reflected in the responses of a number of NFL executives, one of whom condemned Kaepernick as “a traitor,” while another declared that the player “has no respect for our country,” while a third remarked about the “collective dislike” that his actions had generated. Put these three comments together and you begin to get a sense of the potential power that inheres in activities that bring tens of thousands of people together for any common purpose.

Many years ago, I read an article written by a journalist reporting on one of Adolf Hitler’s public harangues he had attended. In a stadium of upwards of 100,000 persons whose dark sides had been unleashed by der Fuhrer’s angry, fear-driven rhetoric, this writer commented on how difficult it was for him to resist the collective urge to raise his arm in unison with the others. Am I suggesting that sporting events – with their capacities to mobilize hostilities against the foe, along with flags, martial music, and aggressive slogans – are the moral equivalents of the well-organized mob-baiting of destructive tyrants? Of course not. While fights, injuries, and even deaths occasionally occur within the crowds at such events, most fans have the sound judgment to keep the game in perspective. I was born and raised in Nebraska, where attendance at a home football game is, indeed, a religious experience. And yet, when the game is over, the Nebraska fans will stand and applaud the visiting team, even when the visitors had won the game.

The study of chaos reminds us that violence is not predictable from collective behavior, but is implicit in it. What were the causative factors that transformed Germany from one of the most prolific contributors to civilized life – a world of such creative souls as Beethoven, Goethe, Einstein, Gutenberg, Bach, Copernicus, Kepler, among others – into practitioners of unrestrained war and dehumanizing death-camps? What underlying forces were capable of bringing about such destruction as quickly as they did?  Can the rest of us, who like to pretend we are both individually and collectively immune from such well-organized insanity, find assurances in our revered systems?

Can we grasp how words – abstractions that have neither existence nor meaning outside of our minds – can be so crafted and manipulated to suit any end we wish to accomplish; that those with ambitions for coercive power over others will insist upon consensus-based definitions of reality as a base from which to conduct their wars against others? Can history help show us that scapegoating did not begin with such divisive words as “non-Aryan?” The fungible nature of collective enemies can be found in “witches,” “infidels,” and “traitors,” among others. The advocates of “black lives matter” and “white supremacy” are joined at the hip as recent contributors to the cause of  collective power. A new scapegoat candidate is currently being sought in efforts to criminalize “climate-change deniers,” along with “whistleblowers” who insist upon the right to speak truth.

An unintended consequence of forcibly institutionalizing society may prove to be the extinction of the human species. Arthur Koestler suggested that giving a killer-ape intelligence may have been an evolutionary mistake whose outcome may place our species in history’s dustbin of failed experiments, alongside  the dodo bird, the saber-toothed tiger, and the mastodon. Those who laugh at the demise of the dinosaurs might be humbled by the fact that, unlike humans who may have been around for one million years, the dinosaurs thrived for 175 million years! Perhaps in

lacking opposable thumbs, these early reptiles were unable to design the technologies and other tools that could be used for the systematic slaughter of their brethren, thus prolonging the date for their extinction by other means! It took human intelligence to accomplish such ends!

Was Koestler right? Are those who oppose wars, police brutalities, torture, genocides, and other life-destroying attributes of our well-planned for and well-organized world, “traitors” to our evolutionary destiny?  As David Ormsby-Gore commented, “it would indeed be a tragedy if the history of the human race proved to be nothing nobler than the story of an ape playing with a box of matches on a petrol dump.”

I prefer to think of mankind as having no preconceived fate, but as a species whose varied, individual interests combine with their spontaneous and self-directed characters to respond to nature’s continuing demand for success: to be a changing person in a changing world, for whom peace and the inviolability of individuals prevails.