Can the 2016 Election be Rigged? You Bet

Donald Trump has said publicly that he fears the next election will be rigged. Based both on technical capability and recent history, Trump’s concerns are not unfounded.

A recent study by Stanford University proved that Hillary Clinton’s campaign rigged the system to steal the nomination from Bernie Sanders.

What was done to Bernie Sanders in Wisconsin is stunning.

Why would the Clintons not cheat again?

The issue here is both voter fraud, which is limited but does happen, and election theft through the manipulation of the computerized voting machines, particularly the DIEBOLD/PES voting machines in wide usage in most states. 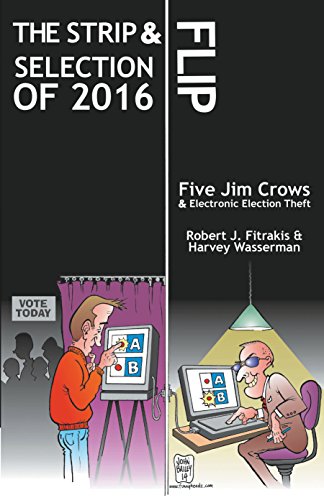 POLITICO profiled a Princeton professor — who has demonstrated how the electronic voting machines that are most widely used can be hacked in five minutes or less! Robert Fitrakis Professor of Political Science in the Social and Behavioral Sciences Department at Columbus State Community College has written a must-read book on the strip and flip technique sued to rig these machines. Professor Fitrakis is a Green Party activist.

To be very clear both parties have engaged in this skullduggery and it is the party in power in each state that has custody of the machines and control of their programming. This year, the results of machines in Pennsylvania, Virginia, and Ohio, where Governor John Kasich controls the machines, must be matched with exit polls, for example.

Illinois is another obvious state where Trump has been running surprisingly strong, in what has become a Blue state. Does anyone trust Mayor Rahm Emanuel, a longtime Clinton hatchet man. not to monkey with the machines? I don’t. He was using City funded Community groups to recruit anti-Trump “protestors” who posed such a threat to public safety the Trump Chicago event was canceled when the Secret Service couldn’t guarantee his safety.

How do the pols of both parties do it?  As easy as determining, on the basis of honest polling, who is going to win. Then, if it isn’t your candidate, simply have the votes for the other guy be given to your guy and vice versa. You keep the total vote the same. This is where the “strip and flip” technique described by Professor Fitrakis comes in.

Maybe you don’t need all the votes the other guy was going to get. If you have a plan in mind involving votes and their redistribution, you can find a programmer who can design the machine instructions to produce that outcome.  Or you can hack the machine you are voting in with that $15 device that you can get at BEST BUY.

Europe has rejected electronic voting machines because they are untrustworthy. This is not a secret. The media continues a drum beat insisting voter fraud is nonexistent without ever addressing the most ominous question of manipulation of the voting machines.  It keeps those in control in control.

In Europe, they use exit polling to determine who won and lost. The tabulated vote only serves as a formal verification. But that is done with paper ballots and hand counts under supervision, the way we used to do it.

(1) Publish a poll contrived to suggest the result you are going to bring about.

(2) Manipulate the machines to bring about precisely your desired outcome.

As someone with a great sentimental attachment to the Republican Party, as I joined the party of Goldwater, both parties have engaged in voting machine manipulation. Nowhere in the country has this been truer than Wisconsin, where there are strong indications that Scott Walker and the Reince Priebus machine rigged as many as five elections including the defeat of a Walker recall election. 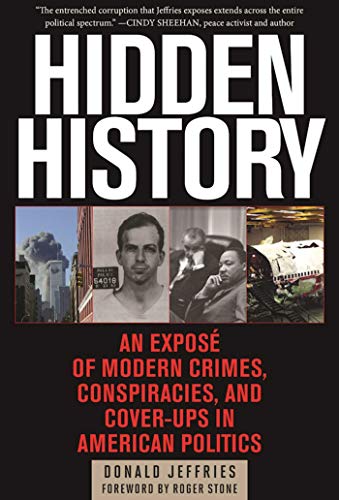 Mathematician and voting statistic expert Richard Charnin has produced a compelling study by comparing polling to actual results and exit polls to make a compelling case for voting machine manipulation in the Badger state.

When the Trump vs. Cruz primary took place, the same pattern emerged again of a Marquette University poll showing a 20 point shift from Trump ahead by 10% to Trump behind by 10%, which was simply absurd. Shifts like that don’t happen over brief intervals of time, absent a nuclear explosion. It didn’t make any sense — unless you knew what was going on was an “instant replay” of Walker’s victories. The machine Priebus built was delivering for Cruz big time.

Today, the polling industry has been reported to be “in a state of crisis” because they are altering their samples to favor Hillary. The Reuters poll actually got busted for oversampling Democrats in order to inflate Hillary’s lead. We even had the absurdity of a Gallup poll proclaiming that 51% of those who had heard Trump’s speech were less likely to vote for him, which was endlessly repeated by the shills at MSNBC.

I predicted that Trump would lead in the polls after his highly successful convention (despite the media frenzy over the non-issue of a Melania Trump staffer plagiarizing a handful of words). In fact, post-convention polling for the Trump effort by pollster Tony Fabrizio in key swing states was encouraging. Perhaps this is why the establishment elites have gone into overdrive to attack Trump.

Hillary hasn’t exactly had smooth sailing. Julian Assange of Wikileaks said he had inconvertible proof that as Secretary of State Hillary Clinton armed Isis LINK. The IRS has opened an investigation to the Clinton Foundation and it’s many offshoots, and Hillary got caught lying about what FBI Director Comey did say about her.

But you will see less of Hillary’s problems in the mainstream media, which has gone completely overboard in its relentless, even hysterical, efforts to lambaste Trump and promote her. Every remotely objective commentator has been stunned. Trump will, however, have an opportunity to drive these points home in the debates.

We are now living in a fake reality of constructed data and phony polls. The computerized voting machines can be hacked and rigged and after the experience of Bernie Sanders, there is no reason to believe they won’t be. Don’t be taken in.

Is This the Mythical Chupacabra?How Trump Can Personally Take Over the GOP