The Effectiveness of Stealth Marxism

Do you remember when Pastor Rick Warren asked Barack Obama in a 2008 interview what his position was on same-sex marriage? Obama, with a straight face, answered, “I believe that marriage is the union between a man and a woman. For me, as a Christian, it is also a sacred union — God is in the mix.”

Today, of course, he says simply that he’s “evolved on the issue” — again, with a straight face. But his longtime aide David Axelrod explains it quite differently in his book, Believer: My Forty Years in Politics, when he writes that Obama “misled Americans for his own political benefit when he claimed in the 2008 election to oppose same-sex marriage for religious reasons.”

Then, alluding to another interview in which Obama reiterated his opposition to same-sex marriage, Axelrod says that “Obama … admitted privately that he was not very good at bullshitting.” It’s hard to believe that the most egomaniacal person ever to occupy the Oval Office underestimated his own ability to deceive people, given that today he is the undisputed bullshit champion of the world. 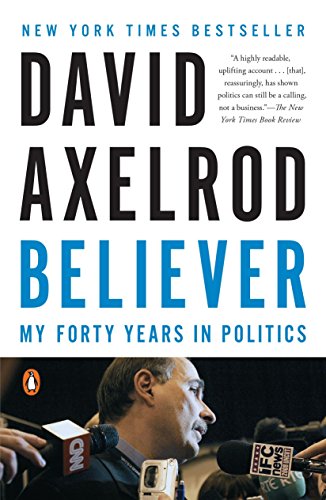 This kind of lying and deception is the key to the stealth approach to revolution. Self-proclaimed communist Van Jones explained the stealth approach to revolution candidly when he said, in a 2005 interview, that he made the decision to stop openly pursuing his Marxist agenda and pursue it by being “willing to forego the cheap satisfaction of the radical pose for the deep satisfaction of radical ends.”

Jones’s choice was a rational one because lying about your true beliefs and intentions is much easier and much more efficient than scaring people with talk of violent revolution. Vladimir Lenin was clear about this when he said, “To tell the truth is a petty bourgeois habit, whereas for us to lie is justified by our objectives.” In other words, if your objectives are noble (by your standards), then any and all methods are morally justified — including violence.

Night after night we hear dolts like Bill O’Reilly and Greta Van Susteren appear totally perplexed when they ask questions like, “Why in the world would President Obama do something like that if it’s so obvious to everyone that it’s harmful to America?” or “Is he clueless, or does he simply believe that Americans can’t handle the truth?” or “What in the world was the president thinking?”

The reason for such dopey comments is that they do not understand that lies and deception are normal, everyday tools for those on the radical left. Violence, of course, is their number-one tool of choice, but they realize that too much overt violence can blow their stealth cover.

Dr. John Drew, who taught political science and economics at Williams College, was a classmate of Barack Obama’s during his years at Occidental College. Drew has written and spoken extensively about Obama from a firsthand perspective, though the media has virtually ignored his words.

In a 2012 interview, Drew told columnist Leon Puissegur, “I perceive Obama as being an out and out liar, hiding his real views from the American people. I think those views are deeply objectionable to most people and I am shocked that more media attention hasn’t been focused on vetting Obama and getting down to brass tacks about how he really is.”

Drew, who himself belonged to a Marxist organization at Occidental College, a group that included Barack Obama, has said that Obama made it clear that he was looking forward to “an imminent social revolution, literally a movement where the working classes would overthrow the ruling class and institute a socialist utopia in the United States.”

When others in the group concluded that a stealth approach was more likely to succeed, Obama became angry and continued to insist that violent revolution was necessary. Sorry about that Bill … Greta … Geraldo … and a majority of other media people, even at Fox News.

Clearly, at some juncture along his angry path, Obama finally became convinced, as Van Jones did, that the most practical approach to fundamentally changing the United States of America was a stealth revolution. Where and how this conversion to “forego the cheap satisfaction of the radical pose for the deep satisfaction of radical ends” came about I have no way of knowing, because Obama’s past is so well hidden.

But in his autobiography, Obama makes his conversion clear when he says that he “felt like a spy behind enemy lines” when he worked a low-level corporate job for a short time. Since then, by developing a remarkable ability to turn white guilt to his advantage, Obama has managed to go from community organizer (i.e., unemployed rabble-rouser) to Illinois state senator, to United States senator, to the president of the United States.

The result is that after seven-and-a-half years in office, 99 percent of the media continue to ignore his nonstop anti-capitalist, anti-American, anti-white, anti-constitutional, anti-police, anti-military, anti-Christian, pro-Muslim, pro-Marxist words and actions — both past and present. It is truly a phenomenon never before seen in American politics.

The reason I’ve brought all this to the forefront once again is because Obama’s third term (euphemistically referred to as Hillary Clinton’s first term) is rapidly going down the drain. That was made even more evident by the electricity in the air at the Republican National Convention.

Is Obama so egomaniacally delusional that he does not realize this (just as he was not able to see that his campaigning for many Democratic candidates in 2014 would cause them to lose), or is he going to pull another rabbit out of his Marxist hat in an effort to derail Trump’s inevitable victory?

I thought about this when for the first time I can recall, he gave an unequivocal condolence speech about the Baton Rouge police killings. It’s worth noting that Hillary gave pretty much the same speech to the NAACP, but pivoted after a few minutes and, flinging her grimy little fists in the air, shrieked pandering remarks to the audience about blacks being victims … victims … victims.

If Obama and Hillary can mask their hatred and drop the radical pose — if they can B.S. the public into believing they are, at heart, American flag pin wearers, that they love the police, that they intend to crack down on radical Islamic terrorism (yes, actually say the words), that they intend to finally put a stop to illegal immigration, that they are pro-life (sort of), and more — they could conceivably stealth their way into an Obama third term.

It’s a scary thought, but I’m counting on Obama’s incredible hubris, which makes it almost impossible for him to admit that he’s ever been wrong about anything. But even if Obama and Hillary did the most masterful job imaginable in lying to, and deceiving, much of the American public, the polls would probably still show they are going to lose the election.

In which case, my one concern would be that Obama might, in desperation, resort to the number-one weapon of the radical left: violence. Let’s hope it doesn’t happen, but with all the violent upheaval already taking place cities throughout America, it’s certainly something to think about.

What’s Going on? The Wisdom of Cleopatra