Worlds Made by Hand

Having recently finished reading The Harrows of Spring, the fourth and final novel of Jim Kunstler’s World Made By Hand series, I couldn’t help but compare and contrast his dystopian post economic collapse America versus our current warped egocentric pre-economic collapse America. His world made by hand is forced upon Americans who have survived some sort of conflict resulting in the destruction of Washington D.C. and Los Angeles by nuclear blasts.

The Federal government has ceased to exist. The nation has splintered and varied factions are vying for power in autonomous regions of the country, but the small community of Union Grove, New York has been left to fend for itself. The four novels detail the trials and tribulations of average Americans in a small rural town after the implosion of modernity, as the world is stripped of its technological oil based comforts, devastated by terrorism, racked by epidemics, and having endured the ravages of economic collapse. 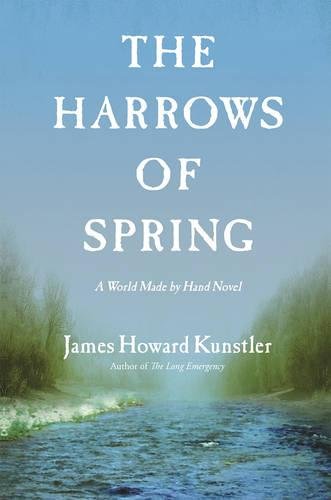 Kunstler’s dystopian future isn’t as bleak as the dystopian visions of 1984 or Brave New World. If dystopian means a world characterized by dehumanization, totalitarian governments, environmental disaster, or a cataclysmic decline in society, then Kunstler’s World Made By Hand series doesn’t match that characterization. There is more humanity and hope in his novels than you would expect in a dystopian vision of the future. The novels focus on various types of societal segments who represent the different courses society could chart after a breakdown of modern social norms, enforced by central authorities. Living through a national catastrophe and stripped of the modern conveniences provided by cheap plentiful oil, the citizens of Union Grove see their community falling apart from neglect, natural decay, disease, and lack of hope for the future.

The setting for the story appears to be only a couple decades in the future and is entirely believable when you step back and observe our current unsustainable economic path, increasing threats from Islamic radicals, warmongering politicians beating the drums of war with Russia and China, disintegrating social fabric, increasingly fragile electrical grid, and our brittle just in time supply chain, dependent upon cheap and ample supplies of oil. The faultless community of Union Grove struggles to regain some semblance of normalcy after events beyond their control force them to confront a new reality. The way of life they had taken for granted, with its modern conveniences, technological wonders, and taken for granted luxuries, had suddenly faded away.

Wallowing in their depression and sorrow would only lead to further needless death and suffering. It needed to be replaced with a new found respect for each other and a pragmatic approach to creating a new future based upon the reality of their situation. Gone was electricity, oil based transportation modes (automobiles, trucks, airliners ships), mass-produced antibiotics, Frankenfoods sold at warehouse stores, policemen and soldiers to “protect” them from bad guys, and politicians bribing you with debt financed entitlements for your vote. That paradigm was always unsustainable, but Americans preferred the illusion of sustainability to facing the reality.

For people unable to adapt mentally and/or physically to these new challenging circumstances, it was a frightening, undesirable dystopian existence. In reality, society had essentially reset itself back to 1850, before the discovery of oil in Titusville, Pennsylvania by Edwin Drake. The people of Union Grove, New York were forced into a pre-industrial revolution existence without warning. But they were the lucky ones. Most of the people in urban and suburban America perished, as their existence was totally dependent upon technology, oil based transportation, and food supply from foreign countries.

In the foreseeable future, Kunstler’s less than apocalyptic vision is entirely probable, with rural communities much more likely to survive a catastrophic collapse of our high tech, oil dependent, head in the sand society of delusional willfully ignorant consumers. Kunstler focuses his stories on the characters inhabiting Unionville, but he provides glimpses into the regional breakup of the country, with the United States becoming a fragmented shell of itself, with little or no central authority. With Washington D.C. and Los Angeles uninhabitable, various other cities served as the capital after the collapse. The south broke apart into three new countries – The Republic of Texas, Firefox Republic, and New Africa – which went to war with each other and the remnants of the original U.S. With the current state of party politics and racial divide, this type of regional break-up is not farfetched. 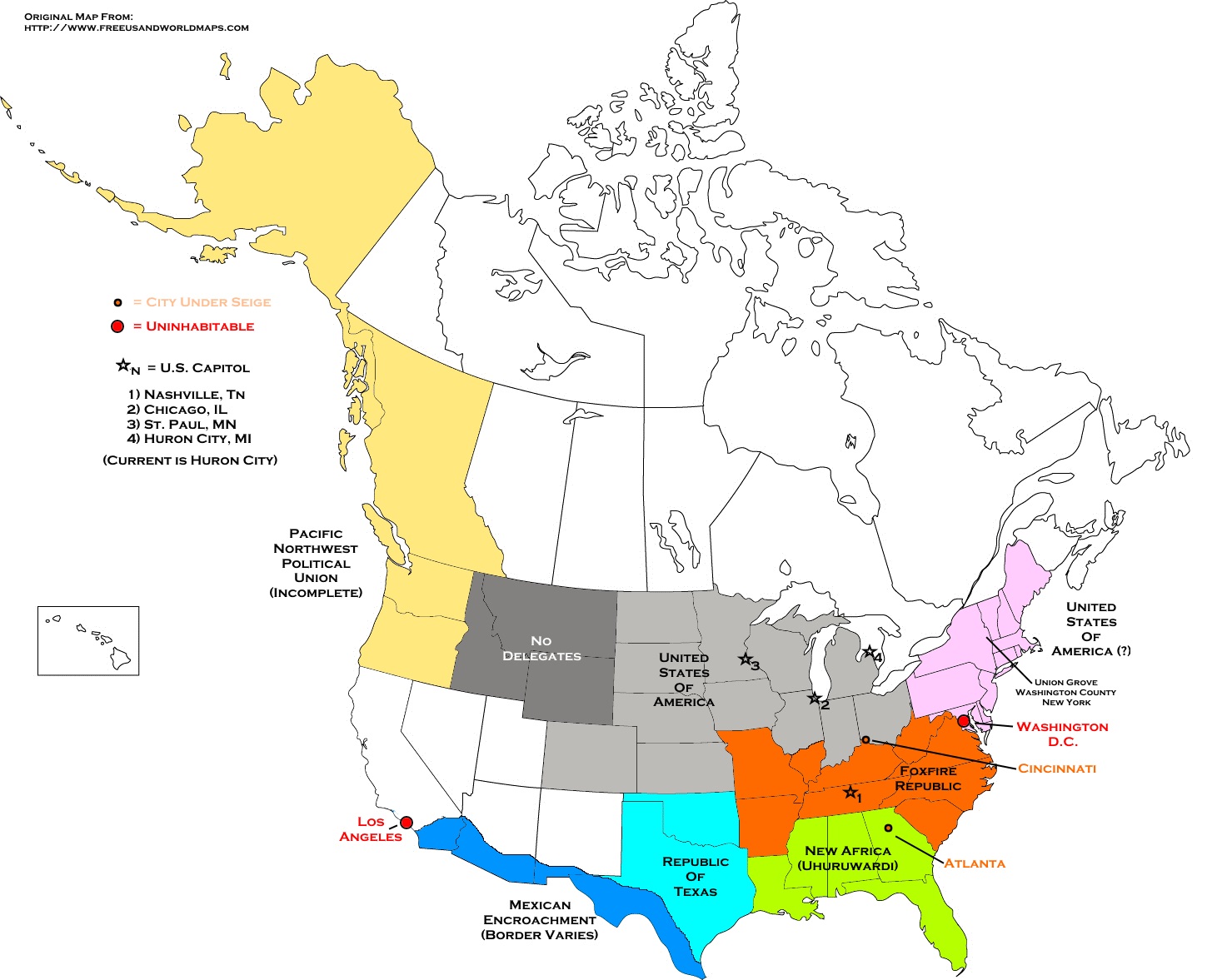 When you put Kunstler’s History of the Future scenario in context with the current insane path we are racing along, it is entirely believable and preferable to even more cataclysmic outcomes. With $13 trillion of worldwide government debt with negative interest rates, central bankers on a suicide mission of debasement, delusional Americans using debt to live far above their means as their standard of living declines, politicians continuing to obligate their bankrupt countries to even more social welfare liabilities, saber rattling by leaders at the behest of the military industrial complex against Russia & China, the Middle East ready to explode in a cataclysm of Islamic mayhem, nuclear weapons in the hands of unstable governments, radical Islamic terrorism spreading across Europe and America, and a U.S. populace more divided by race, religion, social beliefs, wealth, geography, and political parties than ever before, some version of Kunstler’s apocalyptic vision is inevitable.

I read the final novel in the series The Harrows of Spring while vacationing at the Jersey shore in Wildwood. I was struck by the contrast in Kunstler’s future world made by hand and the world made by hand currently on display in this decaying, delusional, empire of debt. Kunstler’s world made by hand is forced upon survivors as the country and world encounter a systematic failure with no possibility for a reboot. All the creature comforts they had been accustomed to, like central air, electric lights, cable television, refrigerators, big box retail stores, smartphones, SUVs, superhighways, jetliners, junk food, high-rise office towers, McMansions in suburbia, 401ks, and central bankers printing fiat paper like candy, evaporated like a puddle of water on a hot summer day. They were left in a post-modern world where their survival depended on upon their own two hands.

They had to grow their own food or utilize a particular skill (medical, carpentry, hunter, laborer) to acquire food. They needed to scavenge, hunt, fish, sew, raise livestock, trade, barter, and make due with less, in their new world made by hand. Life was somewhat brutish and hard, compared to what most had been accustomed. The slightest illness or infection could lead to death. Lack of modern sanitation led to outbreaks of disease and death. For those who refused or couldn’t mentally adapt to a new reality, depression, anger, and bitterness filled their lives and slowly destroyed them. 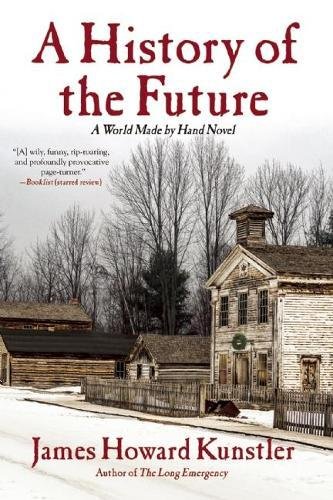 Those who acclimated themselves to their new existence and accepted the hardships with the frontier spirit that originally built the country were able to survive and sometimes thrive in the Union Grove, New York of the future. They became a community again, not trapped in that modern iGadget world, living like hermits in their hermetically sealed 100% financed McMansions, shuttling to and from paper pushing jobs in their leased BMWs to 50 story office catacombs in filthy decaying urban concrete jungles. The rat race had ceased. Kindling the stove for heat, preparing meals, tending to livestock and gardens, fixing what had broken, and looking out for your neighbor became their daily routine.

As you would expect, leaders naturally arose, but in a small community, the power and control were disbursed. Some of the leaders were religious, others led by the example of their humanity and intelligence, and others by their willingness to fight and defend the community. Men started businesses, people began to trade among themselves and with other communities, new buildings were constructed, using hydro-power to generate electricity was reintroduced, and the community spirit was boosted by shows, music, and social gatherings. Bad men are always present in every society, but the community rallied to fight them off. Violent death was an ever present danger in the world made by hand. Amazingly, the world survived without bankers and computer generated electronic currencies, derivatives of mass destruction, or paper fiat. Citizens and merchants conducted their business using silver, gold or barter. 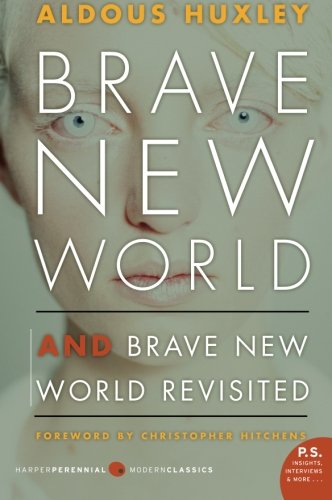 The world made by hand I observed in Wildwood, NJ was as far from Kunstler’s world made by hand as humanly possible. Rather than using their hands to produce, create, fix, hunt, plant, or fish, their hands are busy tapping on their iGadgets – tweeting, Facebooking, Instagramming, texting, taking selfies, and videoing their experiences rather than experiencing them. The people ambling on the Wildwood boardwalk and shuffling across the land are addicted to these technological chains enslaving themselves in triviality, irrelevance, and egotism. The gadgets are attached to the hands of millennials and middle-aged alike.

They were gazing at their gadgets as they rode bikes, jogged, or gorged their pieholes with fried Oreos and funnel cake. Rather than relaxing and enjoying watching the tranquil sunrise over the Atlantic ocean as seagulls darted about over the deserted beach, the majority have their heads buried in their smartphones retweeting the latest Kanye and Kim scandal. No one reads a book on the beach anymore, as they are consumed by the trivial culture available on their iGadgets. Rather than experience the beauty of a fireworks display, they must record it and send it to all their friends to prove they are having fun. The American public has an almost unlimited craving for diversions. Reality and the truth are drowned in an ocean of irrelevance.