The Blair Impeachment Project: Time For Action at Long Last

With just over six weeks to go before the long-awaited release of the Chilcot report into the Iraq War, the calls for former Prime Minister Tony Blair to be properly held to account for the lies he told us in the lead up to the illegal invasion are increasing by the day.

A few days ago, the foreign affairs spokesperson for the Scottish National Party (SNP) Alex Salmond MP, told RT’s Going Underground program that he would like to see Blair impeached by the British Parliament and also stand trial at the International Criminal Court, if the families of those killed and the wider public agreed.

Other MPs have also expressed their support for Salmond’s initiative. “If it’s proved that Tony Blair misled everyone, I personally am determined to see justice prevail and to see him impeached,” said Conservative Sir David Amess.

Meanwhile, it’s been reported that Labour leader Jeremy Corbyn will not be backing down from his earlier calls for Blair to be investigated for war crimes depending on what Chilcot’s conclusions are. Last year Corbyn said: “I think it was an illegal war, I’m confident about that, indeed [former UN Secretary- General] Kofi Annan confirmed it was an illegal war, and therefore he has to explain that.”

Tony Blair is clearly in deep trouble. But what are the practical chances of a trial of some sorts taking place? 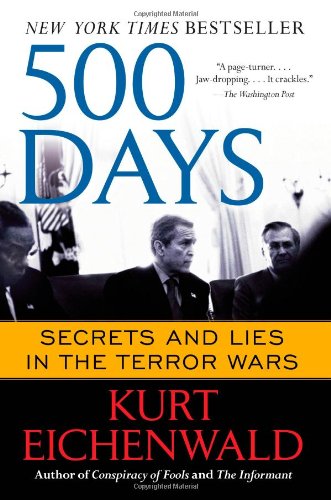 In “Where R those WMDs?” a new anti-war satirical play written and performed by myself and my fellow RT contributor Dan Glazebrook, Blair is flying to South Africa when his plane has to make an emergency landing in Zimbabwe. He’s arrested and put on trial for war crimes. The great ‘progressive’ shows his true colonialist colors when he says that African countries have no right to pass judgment on what he did and that only Africans, Serbs and other ‘official enemies’ of Western elites should be subject to international law.

Well, the chances of an airplane carrying Tony Blair having to make an emergency landing in Zimbabwe are remote, but thankfully there are other more plausible scenarios for seeing the war criminal getting his just deserts.

The ICC is one route and certainly has jurisdiction as the UK signed up to the founding Rome statute. A problem though is that the court – most conveniently for Blair – has still to decide on a definition of ‘war of aggression’.

Let’s remind ourselves what was said at the post-World War Two Nuremberg trial of leading Nazis regarding the launching of a war of aggression.

“War is essentially an evil thing. Its consequences are not confined to the belligerent states alone but affect the whole world. To initiate a war of aggression, therefore, is not only an international crime; it is the supreme international crime differing only from other war crimes in that it contains within itself the accumulated evil of the whole.” Bush and Blair clearly initiated a war of aggression against Iraq in 2003 and therefore committed ‘the supreme international crime’. Although we may have to wait a while for Blair to be tried under this count at the ICC, he could still be tried there on other charges relating to the war, such as failing to prosecute the war in a ‘disproportionate manner’ and the deaths of civilians in bombing raids.

Then there’s the impeachment route. 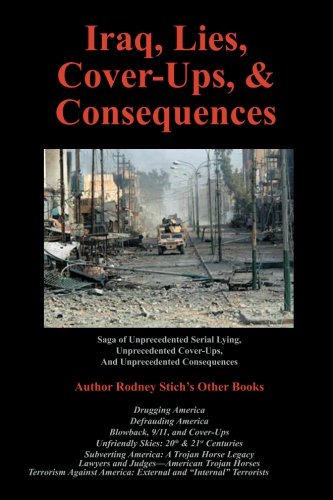 According to law, any British citizen, former Prime Minister or not, can be prosecuted or tried by Parliament.

But we’ve got to go back to 1806 to find the last time Parliament impeached anybody (a certain Lord Melville) and to 1848 for the last attempted impeachment of Lord Palmerston. “The procedure has never been abolished but is obsolete”, noted Downing Professor of Law at Cambridge University S. A. de Smith in his 1970s work ‘Constitutional and Administrative Law’. However, a 1977 Select Committee on Privileges report held impeachment to be ‘of continuing validity’.

The Iraq war has brought the issue of impeachment back to life.

In 2004, there were moves to impeach Blair for High Crimes and Misdemeanors over Iraq, and a motion was tabled in the House of Commons by Plaid Cymru MP Adam Price.

“The evidence for Blair’s duplicity is overwhelming,” Price said.

His move was backed by over 20 MPs from across the political spectrum.

“The time has come to look again at whether impeachment should form part of the constitutional process…That the Prime Minister has misled the Commons is not in doubt in most people’s mind,” anti-war Labour MP Peter Kilfoyle told The Guardian.

The bigwigs of the ‘Big Three’ parties were horrified at the prospect of impeachment proceedings of the British Prime Minister, so worked together to kill the initiative. Peter Hain, the Leader of the House, who voted for the Iraq war, cited a 1999 committee which held impeachment to be ‘obsolete’.

“I bitterly regret not supporting the impeachment of Tony Blair,” the Labour MP Alice Mahon later wrote. I’m sure she wasn’t the only one.

Now, though, with Chilcot looming, things could be very different. The mood towards Tony Blair is much more hostile than in 2004 and it’s worth mentioning that one of the MPs who supported Adam Price twelve years ago, Boris Johnson, could well be the next Tory leader if Cameron loses the EU referendum or only just scrapes home. 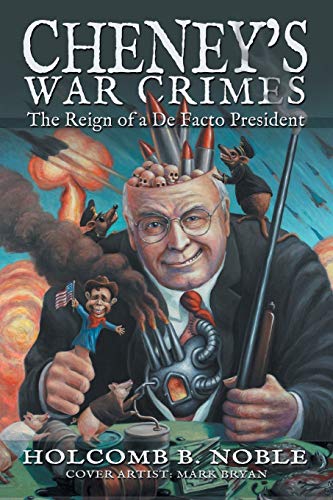 It’s not just that Blair lied to Parliament and the country about Iraq having WMDs which could be used within 45 minutes, he also told whopping great ‘porkies’ about Saddam having the power to avert war by disarming.

On 25th February 2002, for instance, the Prime Minister told Parliament “I detest his [Saddam’s] regime. But even now he [Saddam] can save it by complying with the UN’s demand. Even now, we are prepared to go the extra step to achieve disarmament peacefully. I do not want war… But disarmament peacefully can only happen with Saddam’s active co-operation.”

Yet, in 2009, Blair told a television interviewer that he would have supported war with Iraq to get rid of Saddam regardless of the WMDs issue.

Chilcot is expected to confirm that Blair made the decision to go to war after meeting with George W. Bush at the President’s ranch in Texas in April 2002.

In other words, whatever Saddam had done or pledged to do, he and his country were going to be hit with ‘Shock and Awe’. This was a ‘regime change’ war that already had been planned by hard-right US neocons who had been gunning for Saddam for years: WMDs were merely the pretext for the invasion. Blair, in addition to the other serious charges against him, is accused of secretly committing Britain to going to war against its own national interests at the behest of a foreign power. Some might even go so far as to call that treason.

Almost ten and half years ago, General Sir Michael Rose, the British former commander of the UN protection force in Bosnia, wrote: “A clear justification for the war in Iraq was never sufficiently made by Tony Blair. No one can undo the decision to go to war. But the impeachment of Mr. Blair is now something I believe must happen if we are to rekindle the democratic process.”

Rose was predictably attacked by the pro-war neocons for his intervention (‘Don’t Impeach Mr. Blair for Iraq, Commend him!’ was the response of the Henry Jackson Society), but of course, Sir Michael was right.

All things considered, the impeachment of Tony Blair really can’t come soon enough. Those who still defend/support the Iraq war will try and argue that it can’t take place as no one has been impeached since the 19th century. But they need to be overruled. Parliament’s ancient right to impeach has never been formally abolished, however, much Blair’s defenders might wish it had been.

Alas, we can’t bring back the lives of more than one million people killed since the illegal invasion, but we can make sure that one of the most important players in the criminal enterprise is brought to book. As the late and much missed Ken Coates, writing in The Spokesman, the journal of the Bertrand Russell Peace Foundation, put it in 2007:

“Until accountability is reimposed, we cannot establish honest, political discourse. Evidently politicians have told lies before. But now we live with untruths that cannot be corrected, with falsehoods that have become official. Where the lie rules, logic gives way to unreason.”

Neil Clark is a journalist, writer, broadcaster and blogger. He has written for many newspapers and magazines in the UK and other countries including The Guardian, Morning Star, Daily and Sunday Express, Mail on Sunday, Daily Mail, Daily Telegraph, New Statesman, The Spectator, The Week, and The American Conservative. He is a regular pundit on RT and has also appeared on BBC TV and radio, Sky News, Press TV and the Voice of Russia. He is the co-founder of the Campaign For Public Ownership @PublicOwnership. His award winning blog can be found at www.neilclark66.blogspot.com. He tweets on politics and world affairs @NeilClark66