Memorializing the Horrors of War with 10 Must-See War Films

“You can’t show war as it really is on the screen, with all the blood and gore. Perhaps it would be better if you could fire real shots over the audience’s head every night, you know, and have actual casualties in the theater.”—Sam Fuller, film director and author

Nearly 71 years ago, the United States unleashed atomic bombs on the Japanese cities of Hiroshima and Nagasaki, killing more than 200,000 individuals, many of whom were civilians.

Fast forward to the present day, and President Obama—the antiwar candidate and Nobel Peace Prize winner who has waged war longer than any American president and whose legacy includes targeted drone killings and at least 1.3 million lives lost to the U.S.-led war on terror—is paying lip service to the victims of America’s nuclear carnage, all the while continuing to feed the war machine.

America has long had a penchant for endless wars that empty our national coffers while fattening those of the military industrial complex. Since 9/11, we’ve spent more than $1.6 trillion to wage wars in Afghanistan and Iraq. Adding in our military efforts in Pakistan, as well as the lifetime price of health care for disabled veterans and interest on the national debt, that cost rises to $4.4 trillion. Even now, the war drums are sounding as Obama prepares to deploy U.S. troops on a long-term mission to Libya and continues to police the rest of the world with more than 1.3 million U.S. troops being stationed at roughly 1000 military bases in over 150 countries.

To this end, as I point out in my book Battlefield America: The War on the American People, Americans are fed a steady diet of pro-war propaganda that keeps them content to wave flags with patriotic fervor and less inclined to look too closely at the mounting body counts, the ruined lives, the ravaged countries, the blowback arising from ill-advised targeted drone killings and bombing campaigns in foreign lands, and the transformation of our own homeland into a war zone.

Nowhere is this double-edged irony more apparent than during military holidays such as Memorial Day, when we get treated to a generous serving of praise and grandstanding by politicians, corporations, and others with similarly self-serving motives eager to go on record as being pro-military.

Yet war is a grisly business, a horror of epic proportions. In terms of human carnage alone, war’s devastation is staggering. For example, it is estimated that approximately 231 million people died worldwide during the wars of the 20th century. This figure does not take into account the walking wounded—both physically and psychologically—who “survive” war.

War drives the American police state. The military-industrial complex is the world’s largest employer. War sustains our way of life while killing us at the same time. As Pulitzer Prize-winning war correspondent and author Chris Hedges observes: 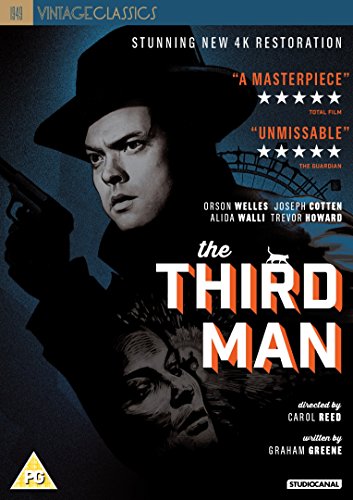 War is like a poison. And just as a cancer patient must at times ingest a poison to fight off a disease, so there are times in a society when we must ingest the poison of war to survive. But what we must understand is that just as the disease can kill us, so can the poison. If we don’t understand what war is, how it perverts us, how it corrupts us, how it dehumanizes us, how it ultimately invites us to our own self-annihilation, then we can become the victim of war itself.

War also entertains us with its carnage, its killing fields, its thrills, and chills and bloodied battles set to music and memorialized in books, on television, in video games, and in superhero films and blockbuster Hollywood movies financed in part by the military.

War has become a centerpiece of American entertainment culture, most prevalent in war movies.

War movies deal in the extremes of human behavior. The best films address not the only destruction on a vast scale but also plumb the depths of humanity’s response to the grotesque horror of war. They present human conflict in its most bizarre conditions—where men and women caught in the perilous straits of death perform feats of noble sacrifice or dig into the dark battalions of cowardice.

War films also provide viewers with a way to vicariously experience combat, but the great ones are not merely vehicles for escapism. Instead, they provide a source of inspiration, while touching upon the fundamental issues at work in wartime scenarios.

While there are many films to choose from, the following 10 war films touch on modern warfare (from the First World War onward) and run the gamut of conflicts and human emotions and center on the core issues often at work in the nasty business of war.

The Third Man (1949). Carol Reed’s The Third Man, which deals primarily with the after-effects of the ravages of war, is a great film by anyone’s standards. Set in postwar Europe, this bleak film (written by Graham Greene) sets forth the proposition that the corruption 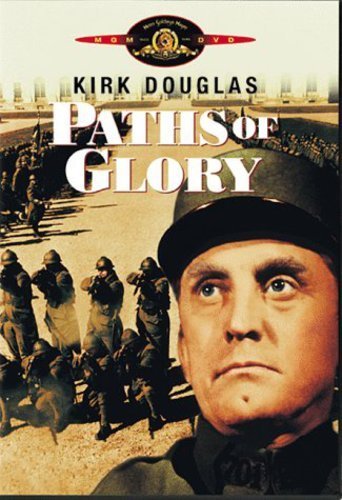 inherent in humanity means that the ranks of war are never closed. There are many fine performances in this film, including Orson Welles, Joseph Cotten, and Alida Valli.

Paths of Glory (1957). This Stanley Kubrick film is an antiwar masterpiece. The setting is 1916 when two years of trench warfare have arrived at a stalemate. And while nothing of importance is occurring in the war, thousands of lives are being lost. But the masters of war pull the puppet strings, and the blood continues to flow. This film is packed with good performances, especially from Kirk Douglas and George Macready.

The Manchurian Candidate (1962). John Frankenheimer’s classic focuses on the psychological effects of war and its transmutation into mind control and political assassination. All the lines of intrigue converge to form a prophetic vision of what occurred the year after the film’s release with the assassination of John F. Kennedy. This chilling film is well written (co-written by Frankenheimer and George Axelrod) and acted. Frank Sinatra, Laurence Harvey and Angela Lansbury head a fine cast.

Dr. Strangelove, Or: How I Learned To Stop Worrying And Love The Bomb (1964). One of the great films of all time, Stanley Kubrick’s Dr. Strangelove burst onto the cinematic landscape and cast a cynical eye on the entire business of war. Strange and surreal, this film is packed full of amazing images and great performances. Peter Sellers should have walked off with the Oscar for best actor (but he didn’t). Sterling Hayden and George C. Scott are excellent in support.

The Deer Hunter (1978). Michael Cimino’s Academy Award-winning film is one of the most emotion-invoking films ever made. This story of a group of Pennsylvania steel mill workers who endure excruciating ordeals in the Vietnam War is one film that makes its point clear—war is the horror of all horrors. Robert DeNiro is fine, and Christopher Walken, who won a best supporting actor Oscar, is superb. 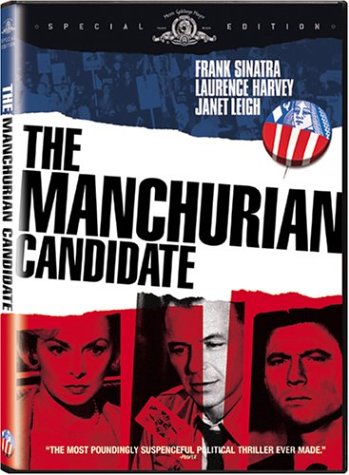 Platoon (1986). This is not Oliver Stone’s best film, but it is one helluva war movie. Set before and during the Tet Offensive of January 1968, this is a gritty view of the Vietnam War by one who served there. Indeed, when Stone is not filling the screen with explosions, he makes the jungle seem all too real—a wet place for bugs, leeches and snakes, but not for people. Fine performances by Willem Dafoe and Tom Berenger.

Full Metal Jacket (1987). Stanley Kubrick’s take on Vietnam is one of the most powerful and psychological dramas ever made. Focusing on the schizophrenic nature of the human psyche—the duality of man—Kubrick takes us through a hell-like Parris Island boot camp and into the bowels of a surreal Vietnam through the eyes of Joker (Matthew Modine). Every facet of this film, as in all of Kubrick’s work, is top notch.

Jacob’s Ladder (1990). Adrian Lyne’s thriller hits the psyche like a thunderbolt. A man (Tim Robbins) struggles with what he saw while serving in Vietnam. Back home, he gradually becomes unable to separate “reality” from the surreal, psychotic world that intermittently intervenes in his existence. This bizarre film touches on the sordid nature of war and the corruption of those who manipulate and experiment on us while we fight on their behalf. Good cast (especially Elizabeth Peña), an excellent screenplay (Bruce Joel Rubin) and adept directing make this film one nice trip. 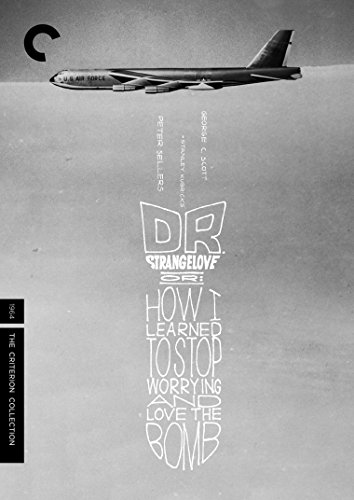 Jarhead (2005). Sam Mendes’ film follows a Marine recruit (Jake Gyllenhaal) through Marine boot camp to service in Operation Desert Storm, winding up at the Highway of Death. But what Mendes serves up is war as a phallic obsession in the oil-drenched sands of Kuwait and Iraq. Here soldiers fight not for causes but to survive in the nihilistic pursuit of destruction. Fine performance by Jamie Foxx as Sergeant Sykes.

As these films illustrate, war is indeed hell.

Speaking in Oslo in 1964, King declared:

Man’s proneness to engage in war is still a fact. But wisdom born of experience should tell us that war is obsolete. There may have been a time when war served as a negative good by preventing the spread and growth of an evil force, but the destructive power of modern weapons eliminated even the possibility that war may serve as a negative good. If we assume that life is worth living and that man has a right to survive, then we must find an alternative to war.