The America I Woke Up to This Morning

I read online today a nameless Congressman has penned a book, Confessions of Congressman X (unrated at Amazon.com), that claims his main job is to get re-elected, voters are ignorant (what’s new?), it’s easy to manipulate a nation of naive, self-absorbed sheep who crave instant gratification, that he seldom reads bills up for vote and the country spends money it doesn’t have to mortgage its future.

But can Americans do anything about this?  It just adds to the pent up frustration.  The book pretends to reveal all but it’s much worse than just government graft and corruption, it is murder in broad daylight conducted by the state simply overlooked.  If you think the US Constitution protects your life and liberty and that only corrupt fascist governments overseas rub out their domestic enemies, consider the long list of suspicious deaths following the JFK assassination. 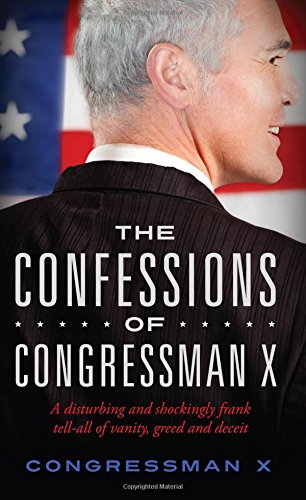 I want to know who is pushing the transgender agenda in America? The news media was re-introducing Bruce Jenner to America months before he announced he would undergo a sex-change.  Now our King (aka elected President) issues a royal command that US schools must permit transgender students to use bathrooms and locker rooms.

And, and, Caitlyn Jenner (aka Olympic gold medalist Bruce Jenner) is now reported to be considering a transition back to being a male because of her “devout Christian beliefs.” (You don’t mean Biblical faith where the Book of Genesis says “Male and female created He (God) them,” not male and shemale?).

The Huff Post article says Caitlyn is proud she has raised awareness of how transgender people have been discriminated against but still is attracted to females.  (She retains her male genitalia,)  She now believes a same-sex relationship would be sinful, says the Huff Post report.  Absurd.  Why is the world expected to follow this twisted drama?

The left-leaning Huffington Post today posted a report that says Democratic “hopeful” Hillary Clinton favors changes in the composition of bankers who sit in key positions in regional Federal Reserve banks.  Hillary wants the Federal Reserve to be more representative of the various ethnic and racial groups in America.  “Holy shit, that’s great news” the Huffington Post quotes a noted economist to say.

Really?  Really? That same Federal Reserve Bank that gave away most of the country’s money to financial elites that destroyed the middle class and created a nation run by oligarchs?  The Huff Post must be referring to the Hillary Clinton who, according to a Gallup survey, is the most admired woman in the world, not the Hillary Clinton in the news today for having siphoned off $100 million from Mideast leaders via the Clinton Foundation.

It’s just another day in America, brought to you by an electronic news press that must stoop to the bizarre to gain web traffic.

Paul Ryan Is a Pipsqueak Cultural Marxism Might Be Funny