Dagger Thrust into the Heart Of the Affordable Care Act: Health Cometh Not From Healthcare

A dagger has been thrust into the heart of American medicine and The Affordable Care Act.  But none dare call it death.

In a complete denunciation of modern medicine, the profit-making schemes of health plans and political efforts to make healthcare available to all came to a dead end with a policy-bending report published in the Journal of the American Medical Association that shows access to healthcare does not deliver health.  The Affordable Care Act does deliver treatment.  It does pay doctors and hospitals.  But access to health care fails miserably at delivering health.

“Health cometh not from healthcare,” says preventive cardiologist John Mandrola who summarizes this report by saying: “the key determinant of a population’s health is not gleaming new medical centers, but individual behavior.”  [MedScape April 2016] 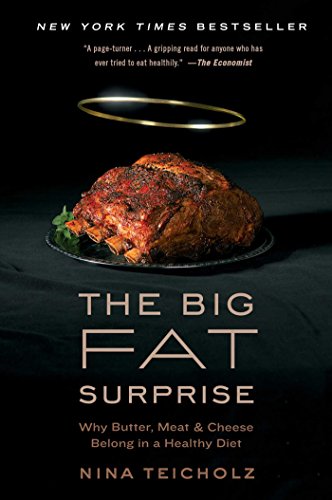 Another recent authoritative report says only 3% of Americans live a healthy lifestyle, defined as being physically active, eating a healthy diet, avoidance of tobacco (which takes 10 years off a person’s life), and having a lean body shape.  [Mayo Clinic Proceedings April 2016]

The key marker of health was found to be a zip code.  Maps show almost a 15-year disparity in longevity between the most healthy and least healthy zip codes and this figure had nothing to do how much doctoring was going on.  Income is the predominant factor.  [Journal American Medical Assn. 2016]

While more Americans are now covered by health insurance this must be viewed in the health and financial context of stagnant incomes. [US News Sept 16, 2015]  It’s not insurance coverage but incomes that determine health status.

As Dr. Mandrola says: “It’s about time Americans wake up to the fact that the medical profession does not determine a population’s health.”  Skip building new medical centers and buying screening vans and build more parks and bike paths, says Dr. Mandrola.

It is individual behaviors that determine the health of a population, largely a lack of exercise, obesity and tobacco use.  Most of the credit modern medicine takes for improved health numbers emanates from a steep decline in smoking rates, not an increase in the availability of new medicines or other treatments. 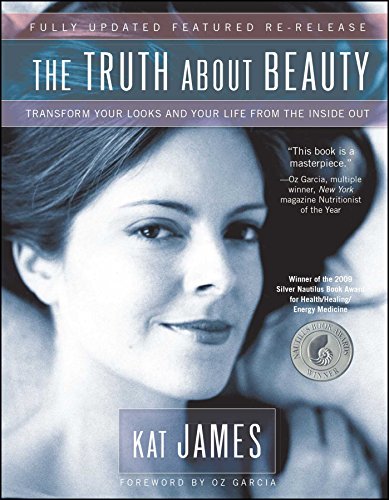 Butting up against the so-called triumph of the Affordable Care Act that has increased the number of insured, a harsh reality is that Americans live shorter and less healthy lives than people who live in other high-income countries.

In 2012, life expectancy in the US ranked 32nd worldwide.  Strikingly, when poor immigrants come to the United States their health declines and they live shorter lives.  One immigrant succinctly said: “In Mexico, we ate healthily and didn’t even know it.  Here, we know the food we eat is bad for us.  But we eat it anyway.” [Knowledge of Health]

Among explanations for differences in life expectancy and health between the US and other high-income countries are tobacco use, obesity, diet, physical inactivity, alcohol and other substance abuse.   Of interest, both insured and uninsured Americans experience poorer health than their European counterparts.

The fact remains that the overwhelming contributors to the incidence of disease (e.g. poor health behaviors) operate largely outside the influence of medical care.   “Why do Americans more often than adults in other countries make behavioral choices that are detrimental to their health?”  [Annual Review Public Health 2014]

Uninsured Americans actually report fewer health problems than those who are insured privately and publicly.  They use less health care services, maybe because they have had to learn how to stay healthy without doctoring. 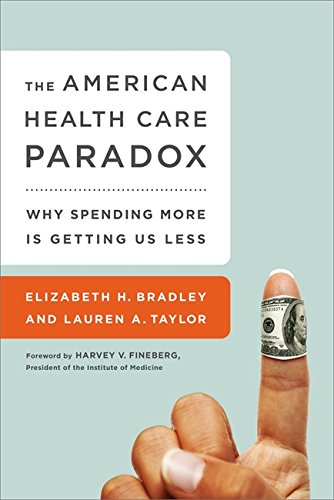 It didn’t help that government, which fashioned the Affordable Care Act, also produced the Food Pyramid that misled Americans to consume refined carbohydrates that convert to sugar in the body at the expense of fats that quell appetite.  Nina Teicholz tells the whole story in her best-selling book THE BIG FAT SURPRISE (Amazon.com).

There is a giant disconnect in modern medicine.  We have a massive diabesity epidemic going on in America spawned by the food industry that spikes foods with high fructose corn sugar (even ketchup, bacon, peanut butter) that induces sugar-craving yeast overgrowth, and other chemicals that cause consumers to lose control of their appetite.  The medical profession then treats diabesity as if it is a lack of exercise and lack of self-control when leanness in other nations like Japan and France is not attributed to frequent attendance at gymnasiums or the reading of diet books.  [American Family Physician 2001]

There is a disconnect between the food industry that is fashioning prepared foods that are spiked with corn syrup and other pleasure-center stimulants that encourage overeating against the backdrop of modern medicine that pretends to treat this behavior as a drug deficiency.  [American Diabetes Association]

Executives from the largest American food companies walked out on a 1999 conclave that explored why half of the nation is diabetic or pre-diabetic and is addicted to food.  They protected their financial bottom line.  [New York TimesFeb 20, 2013]  The diabesity epidemic is good 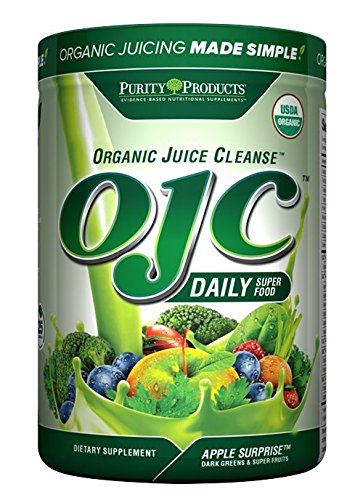 A larger portion of the population is now covered by health insurance due to The Affordable Care Act though the nation is far from achieving universal coverage for all.  But the drive for equality in health care has only assured doctor and hospital get paid.  It hasn’t made Americans any healthier.  It has resulted in many lower-income Americans feel they can now see a doctor, but as underscored here, doctoring does not equate with health.

For example, simple advice to cease smoking, delivered by physicians, motivates only 5% of smokers to give up tobacco.  [Archives Internal Medicine1995; Cochrane Database 2000]

Greater access to care may be meaningless.  Hospital closures have had no measurable impact on local mortality rates. [Health Affairs 2016]

Screening and preventive services for obesity and diabetes are available under the benefits provided by the Affordable Care Act.  But that doesn’t mean the diabesity epidemic would be over if everybody had access to doctors.

Doctors appear to be all too pleased with an epidemic that has brought them endless patients in need of prescription drugs and even weight-loss surgery.  Real prevention is not screening and treatment, real prevention is keeping the disease from occurring altogether.

Doctors are trained to detect and treat disease.  Hence, we now have treatment for pre-diabetes, drugs and other therapies to address markers of disease rather than the disease itself.

An estimated 90% of people who have pre-diabetes are unaware of the problem.  Imagine the healthcare bill to treat all of these millions of individuals.  However, some doctors may be reluctant to treat numbers as only a quarter of pre-diabetic subjects actually receive counseling or drug therapy.  [Science Daily March 8, 2016]

Many physicians are steeped in calorie counting approaches to weight control that are belatedly recognized as ineffective.  “A calorie is a calorie regardless of its source” has been a misdirection. [Public Health Nutrition 2016]

The paradox of healthy overweight Americans

Historically a similar phenomenon comes to mind, where hard-working rotund immigrants from Italy who resided in Rosetto, Pennsylvania in the 1950s and 1960s exhibited unusual health.  The mortality rate from heart attack was almost zero in that town when compared to surrounding communities. [American Journal Public Health 1992]  These immigrants were fat but healthy.

The “Rosetto Effect” was not completely understood by health authorities then, who for want of an explanation mistakenly guessed it was the close family ties in Rosetto that produced this effect.

But these Italian immigrants, male and female alike, who imported their traditional wine from Italy, which they “drank with seeming abandon” and preferred over soft drinks and even milk, may have achieved unusual health from fermented grapes!  [Huffington Post 2011]

This wasn’t understood until the French Paradox was reported in 1991 on the CBS Sixty Minutes television show.  Dr. Serge Renaud of French reported the wine-drinking French who also consumed a diet laden with fat and calories exhibited a very low rate of coronary artery heart disease mortality (90 per 100,000) compared to North Americans (240 per 100,000).  [Lancet 1992]

There is a new revelation involving the red wine story that provides a whole new understanding about obesity, diabetes and really all disease.  An animal experiment reveals this U-turn in humanity’s pursuit of health.

In a series of experiments, researchers raised genetically identical mice in a germ-free environment and then installed their digestive tract with intestinal bacteria collected from obese women and their lean twin sisters.  The mice ate the same amount of food but the animals that received bacteria from obese humans grew heavier and had more body fat than mice with implanted microbes from a lean twin sister.  The overweight mice also exhibited a less diverse community of gut bacteria.  [Scientific American 2014; Science 2013]

From this point forward it should be understood weight control has little to do with calorie counting and everything to do with gut bacteria.

Tim Spector, a geneticist at King’s College in London, says modern medicine has been on the wrong track for decades and that the key is to (get this) eat cocoa and drink coffee and red wine, components of the Mediterranean diet.  [Daily Mail UK]  But not for the reasons you might think.

Yes, these foods provide polyphenols, strong anti-oxidants that are three times more abundant in the Mediterranean than the American diet.  But they aren’t working directly to improve health.  Come to find out polyphenols in olives, wine, coffee, tea, and cocoa, are prebiotics, that is, they foster the growth of beneficial bacteria in the digestive tract.

Come to find humans have about four pounds of bacteria totaling trillions in numbers that exceed the number of cells in the entire body.  However, increased consumption of supplemental “good” bacteria Acidophilus and Bifidus as provided in yogurt or dietary supplements are not the full answer either.

Polyphenols, provided in berries, pomegranate, turmeric spice, cranberry and grapes (and 1000-fold more concentrated in fermented grape juice, aka wine), will do more to raise the ratio of good to bad bacteria than any probiotic dietary supplement.

Ninety percent of the bacteria in the digestive tract is composed of two families:  the Firmicutes (pronunciation) and the Bacteroidetes (pronunciation).  When the latter predominates over the former, there is less inflammation, less plaque that clogs our arteries and greater burning of calories instead of energy storage.

Obese individuals not only exhibit a composition of gut bacteria that favors Firmicutes over Bacteroidetes but also exhibit a reduction in gut bacteria diversity. [Digestive Diseases 2016]

Does this explain why the wine-drinking French consume a high-calorie, high-fat diet and don’t pay the price for it?

In another similar study, laboratory mice were given choline and resveratrol, the most studied polyphenol in red wine.  Resveratrol favored the growth of Bacteroidetes over Firmicutes (Bacteroidetes increased from 20.6% to 34.0% at the expense of Firmicutes 60.1% to 50.1%) and abolished a noxious chemical (trimethylamine N-oxide or TMAO) to improve the production and flow of bile in the liver, which in turn retards accumulation of fats (cholesterol) in artery walls.

Researchers said (paraphrased): “This study demonstrates resveratrol improves the dysregulation of the gut microbiota induced by a high-fat diet, increases Bacteroides-to-Firmicutes ratios, and increases the growth of Lactobacillus acidophilus and Bifidobacterium in mice.”  [mBio April 2016]

The beneficial effect of polyphenols on gut bacteria and health is not confined to laboratory animals.

When 9-10 ounces (272 milliliters) of red wine, or about two 5-ounce glasses, was given to 10 obese and 10 healthy adult males for 30 days, both wine and dealcoholized wine produced a significant increase in beneficial intestinal bacteria and favorably altered markers of heart health.  This study suggests red wine solids rather than alcohol are responsible for the gut bacteria-altering effects of red wine and a red wine pill would suffice to mimic the effects of wine. [Food & Function 2015]

To lean more about gut bacteria and health read my 23-page report on this topic at KnowledgofHealth.com.