My Investment in Heaven

I am not an investor, I am a saver. It is my nature. At the track, I would more likely make a $2 show bet than a big payoff parlay. I admit to have dabbled in the stock market but didn’t make much money. In fact, I probably lost money despite investing during the bull markets. Even my “safe” investments in life insurance or bonds have given me headaches. No, I feel much better living well below my means and saving for the future than trying to get rich quick.

But as LRC readers know well, it is a horrible time to be a saver. The combined power of the world’s central banks and governments are against simple folks like me. Now, my main assets include my apartment in France, a TIAA annuity from my teaching days, physical gold, physical cash, and up to a few days ago, cash in the bank. In Guido Hülsmann’s magisterial Mises biography we learn that the master kept his money in the Austrian postal bank. I have my money in the French Banque Postal (quasi-governmental, assumed to be less leveraged), though I am still suspect of its solvency.

In spite of my saver over investor personality, I like to read investment articles that include a good dose of Austrian economics and libertarian philosophy. Some of my favorites in no particular order are David Stockman, Peter Schiff, Marc Faber, The Daily Bell, Jim Rodgers, Doug Casey, Simon Black, and Bill Bonner.  Also of note is David Collum, the Cornell chemistry professor who combines a technical outlook like I have in my day job with an interest in Austrian economics, for his Dave Goes Rogue Year in Review that is worth the time to read in full.  From these writers and my own study of the economic situation, I am mentally preparing for the worst. I am not a prepper but keep a few extra bottles of water around, batteries, an emergency first-aid kit and the previously mentioned cash.  But I live in a small apartment near Paris (the location of many well know social problems) so I cannot grow my own food or make other preparations.

However, my financial position has changed recently in lieu of a major investment, the exchange of the imaginary asset of computer digits representing cash in the bank for the physical asset of a house in the French countryside.  It is located on a hill among pastures for cattle of the famous Charolais breed; below in the valley are fields of grapes that produce the wines Saint Véran, Pouilly Fuissé, and Macon Villages (Pierreclos and Serrières) surrounding a Medieval castle. The structures (there are actually three) are from the 18th century with stone walls almost three feet thick. It is not farm land, but there is plenty of space to grow vegetables, not to mention the cherry, apple, pear, plum, and fig trees, the strawberry and raspberry plants, and the herb garden next to the kitchen.  Only in the last few years has there been a public water supply.  Still existing is a well water supply. And a reservoir for rain water that can be pumped for use in the garden.  There is a modern central heating system that uses fuel oil, but also a wood stove. The nearest neighbors include an extremely friendly elderly woman, who already has our key for emergencies, and the winemakers who enjoy long discussions of their craft while tasting their products (and other products like the local cheese). The principle residence was the barn, now well renovated. The property includes a two-bedroom, two bath house that was used as a Gite for rental income by the previous owners, but I only plan to have it available for family and friends. The third structure is the old house. It is a mess but has many rooms that can store anything from extra furniture to bicycles, to firewood.

It is not an isolated Caribbean island to escape the world’s problems. It is not an escape from the rapacious French government. But it is outside of the cities where riots and terrorism occur, and it is only a couple of hours from Switzerland. Furthermore, Burgundy has been a good place to live for at least a 1000 years. Thus, it is not the perfect bolthole for when the SHTF, but it’s not bad.

I am sure to have headaches from this old place and who knows how much it will cost in the end. But more importantly, I can relate to the recent post on Bill Bonner’s Diary (April 18, 2016), “When you ‘invest’ in a ranch in Argentina, you make no money… but at least you enjoy yourself.”  Likewise for me, when I look at the view of the grape vines and the castle, when I contemplate visits from my friends and family, longs days in the garden and walking through the hills, I believe I am investing in heaven. 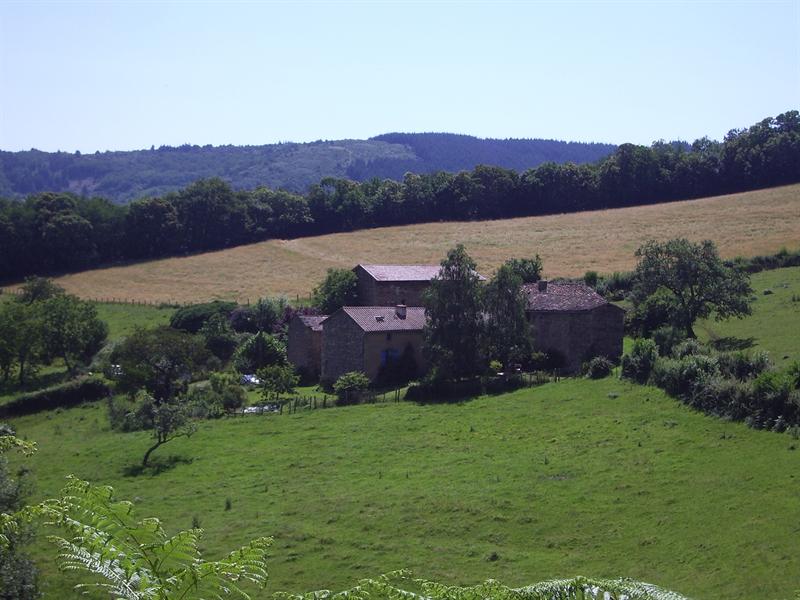 Anything Trumps Hillary We Need Separation of Bathroom and State