Is Secession a Right?

Any people, anywhere, being inclined and having the power, have the right to rise up and shake off the existing government, and form a new one that suits them better. This is a most valuable, a most sacred right, a right which we hope and believe is to liberate the world.—Abraham Lincoln,1847

Well, Lincoln thought so—at one point.  As did the Founding Fathers for a certainty, though they failed to put it into the Constitution explicitly as they had in the Declaration (“the right of the people to alter or abolish” their government), which was a mistake and might have saved the nation a terrible tragedy wrought thirteen years later by a Lincoln who forgot.  And, like him, a great many Americans since have forgotten and still don’t know. 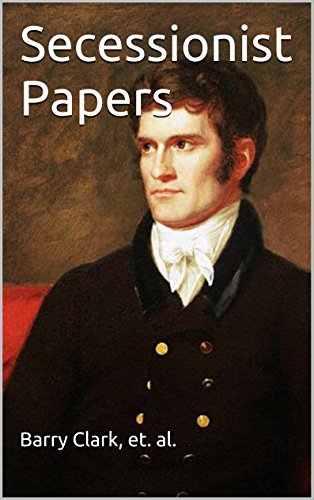 It is to confront this dilemma and take on the task of making secession a fit subject for national discussion that this book was assembled, from a set of first-rate thinkers (I say with due modesty), many known to you, that come at the question from all sides and provide an essential guide to this thorny and still unpopular subject.

I have to say that not all of the contributors are exactly for secession or think that it is either something worthy of working for or desirable, as I do.  That is the kind of position academics often chose to take, and the great majority of these writers are academics.  They are willing for the most part to say that it is legitimate, at least in other times and places, but not necessarily a viable option for Americans and, as Clark puts it, “obviously problematic” or even “impossible” to implement, given a nation of such diverse opinions.  They talk about it because that’s what academic political scientists do, but they wouldn’t want to actually see one.

Why, then, bother to assemble a book?  Well, for one thing, any kind of talk about secession is good, it seems to me, so as to get thoughtful people to realize that, like it or not, it is a subject worthy of consideration—if you decide not to be for it, all right, but, at least, be willing to think about it.  While you’re at it, think about why so many people, a majority of the nation as a matter of fact, at one point in our history, mindful that some people might not recognize its legitimacy, nevertheless found it to be worth putting into practice.

For another thing, as Clark (a military man, incidentally, as well as a historian) says in his essay,  it is a “foundational principle  “ of this nation, and we would do well these days to understand those principles as we think about nature and future,  of our government.  It seems doubtless true that as a populace we seem woefully ignorant of the beliefs that led to the foundation of this republic, and how far we have strayed in every dimension from those beliefs.  To the point where without a doubt it is no longer a republic but rather a modernistic centralized state with very few checks on its imperial power, and none of the kind that a republic would exert, including nullification and secession.

And for a final reason, again as Clark phrases it, “a time may soon come” when our obsession with terrorism  and our increasingly intrusive government may decide that secession is no more than terrorism and has to be rooted from public discourse.  This madness is indeed possible because in so many minds secession already means war.  It is true that in this country secession has twice led to war—1775 and 1860—but there are many instances of peaceful secession even here (Kentucky from Virginia, Tennessee from North Carolina, Maine from Massachusetts) and abroad it is the rule: Norway from Sweden, Belgium from France, and in our times the Soviet Union’s disintegration into 15 separate states. War is obviously the least sensible response to secession and is taken only when the well-being of the citizens as a whole is disregarded.  (Would that Lincoln had listened to his own damn earlier self.)

As the director  of the Middlebury Institute  (“ for the study of  separatism, secession, and self-determination”), I am of course interested in seeing that secession remains one of the options of a free people and helping people to work for it.  But it is necessary first to confront it, examine it, perceive its merits.  And for that, this book is an excellent place to start.

Bad News From Troy The Left Has Daddy Issues