“What are the odds that people will make smart decisions about money if they don’t need to make smart decisions–if they can get rich making dumb decisions? The incentives on Wall Street were all wrong; they’re still all wrong.” ― Michael Lewis, The Big Short: Inside the Doomsday Machine

Corporate earnings reports for the fourth quarter are pretty much in the books. The deception, falsification, accounting manipulation, and propaganda utilized by mega-corporations and their compliant corporate media mouthpieces has been outrageously blatant. It reeks of desperation as the Wall Street shysters attempt to extract the last dollar from their muppet clients before this house of cards collapses.

The CEOs of these mega-corporations accelerated their debt-financed stock buybacks in 2015 as stock prices reached all-time highs and are currently so overvalued, they will deliver 0% returns over the next decade. This 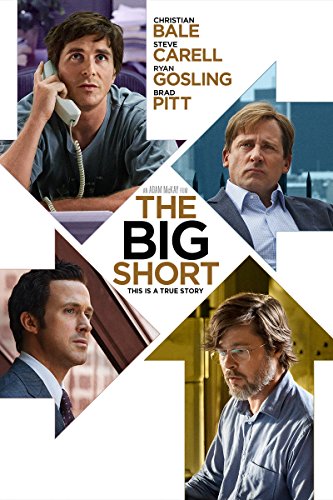 a disgraceful act of pure greed by the Ivy League educated leaders of corporate America to boost their own stock-based compensation is reckless and absurd.

It is proof education at our most prestigious universities has produced avaricious MBAs following financial models and each other like lemmings going over the cliff. Proof of their foolishness is self-evident after perusing the chart below. These intellectual giants evidently never learned the basic rule of buying low and selling high in order to make a profitable trade.

The previous all-time high in stock buybacks occurred in 2008 at the previous peak. That brilliant strategy led to 50% shareholder losses in a matter of months. No Board of Directors fired any CEO for these disastrous strategic blunders. These cowardly ego maniacs didn’t buy back any stock in 2009 and 2010 when they could have made a killing with valuations at decade lows. After the stock market recovered by 100%, these stooges then began borrowing and buying. It has now reached another all-time high crescendo.

Dividends and stock buybacks in 2015 topped $1 trillion for the first time according to S&P Capital IQ Global Markets Intelligence. As CEOs have borrowed billions to buyback their inflated overvalued stock, they have put the long-term sustainability of their firms at extreme risk.

When a dead retailer walking like Macy’s, which is seeing it’s sales fall and profits crater by 30%, announces a $1.5 billion stock buyback when it already is weighed down with $7 billion in debt, you realize the men running these companies have no common sense or concern for the long-term viability of their companies. They’ll get a golden parachute no matter how badly they screw the pooch.

The stock buyback scheme by corporate CEOs is just one of the devious methods used to cover-up the dramatic downturn in corporate profits. These titans of industry, their Wall Street heroin dealers, and their corporate propaganda outlets need cover while they abscond with more of the nations wealth, before pulling the rug out from beneath the American people once again.

The 2008 Wall Street created financial crisis will look like a walk in the park compared to what’s coming down the pike now. We now have a bond bubble, stock bubble, housing bubble, commercial real estate bubble and central banker confidence bubble all poised to pop simultaneously. The negative interest rate and the banning of cash schemes will be dead on arrival, driving a stake into the heart of the Fed vampire.

The Neoconservative Threat to the World Your UK Surname