Joanna Williams’ new book is a welcome broadside against the barbarians in the academy.

Academic Freedom in an Age of Conformity: Confronting the Fear of Knowledge, by Joanna Williams, is very well done. She shows how important historically academic freedom has been to the pursuit of knowledge, and examines the baleful consequences of the contemporary assault on truth and objectivity. I sympathise with her, too. Much as I had to do for my book Fools, Frauds and Firebrands: Thinkers of the New Left, Williams has had to sit down for hours, poring over poisonous stuff written by destructive narcissists and digesting it into something with which issue can be taken. She has done a great service to civilisation – as we wave goodbye to it.

There are a few things I would like to add to Williams’ excoriating critique of the intellectual conformism of the academy today, the first of which centres on the intimate connection between the first European universities and the Roman Catholic Church. As Williams explains, scholarship then was conceived as an act of devotion, in which knowledge of ‘The Word’ – ethics, spirituality and logic – was distinct from knowledge of ‘The World’ – mathematics and science. French sociologist Émile Durkheim, notes Williams, described the type of knowledge associated with ‘The Word’ as unobservable, invented, arbitrary and external to the perceptions of individuals. Durkheim called 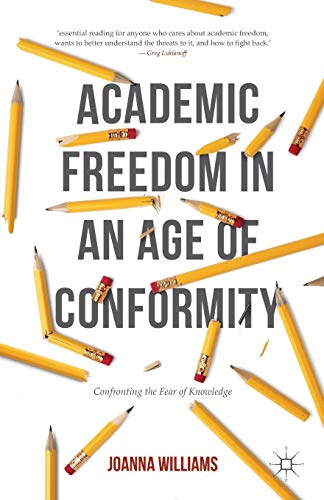 this knowledge ‘sacred’. ‘It had a collective structure and social basis’, writes Williams, ‘the origins of which could be traced back to shared religious beliefs which Durkheim considered the “paradigm of all advanced forms of theoretical knowledge”’.

Durkheim is making a profound point here. He is saying that the pursuit of knowledge is made easier if there is a shared membership, which is what religion provides. So Thomas Aquinas in his Summa Theologica raises questions that could not be addressed in a university today because there is a Safe Space provided by the faith. And, in a way, that is what too many students today are whining on about – they can cope with knowledge only if they are given membership first, and membership comes through closing your mind around items of dogma. But they have no dogma! All they have is the sense that some people have power and that they are not among them (a belief which is false in both parts).

Again, on the Boycott, Divestment and Sanctions (BDS) movement, Williams’s aim is true. The BDS campaign, which began in the UK in 2005 before spreading to America, claims, as one activist puts it, to be ‘boycott[ing] Israeli institutions and government-sponsored projects until the Israeli state abides by international law’. But not only is it ineffective on its own terms, it is all too effective in terms of restricting academic freedom. As Williams argues, ‘it curtails the intellectual freedom of individual scholars in every university in an entire country’. I would also add that the attacks on Israel come from people who have never addressed the question of where, in the Middle East, it is possible to criticise the established orthodoxies. The answer is Israel. Try defending women’s rights in Al-Azhar University in Cairo.