Actor James Woods: ‘Buy More Guns and Learn How to Use Them’

Washington DC – On December 29 2015, actor James Woods reacted to newly released details of the heinous November 10 murder of Amanda Blackburn by urging Americans to “buy more guns and learn how to use them.”

Blackburn was the wife of Pastor Davey Blackburn, who left his home to go the gym on November 10, only to have three suspects enter the home and kill his wife while he was gone.

According to USA Today, police said Amanda was knocked to the floor, then “accused triggerman Larry Taylor” allegedly “leaned over Blackburn’s body and shot the young mother in the back of the head.” Police said Taylor then “leaned further” and “looked at her face. And he watched her bleed.”

Taylor is also accused of raping a woman on November 3–while his accomplices allegedly robbed the woman’s apartment–and of killing a man on November 4.

James Woods responded to these reports not with calls for more gun control, but with a call for more guns in the hands of law-abiding citizens who want to defend their own lives, their children’s lives, and their homes. 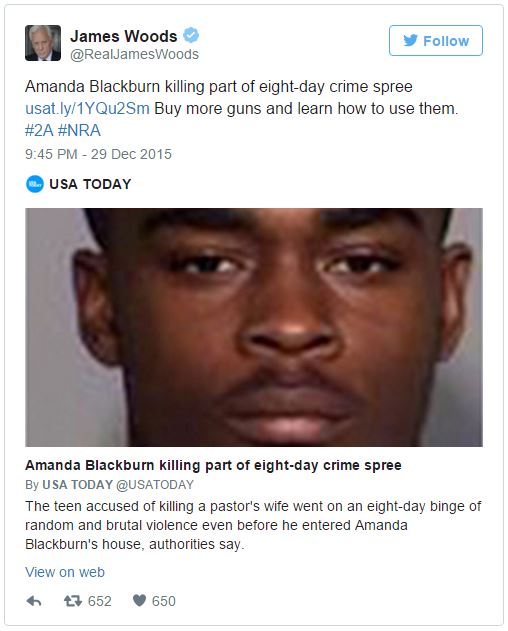 On December 28, three alleged intruders kicked in the door of an Ohio mother’s home and forced her at gunpoint to the back of the house. Four children were asleep in the house at the time. The mother was able to turn the tables on the armed men by retrieving a gun she had hidden in the room and opening fire. She killed one of the men and sent the other two fleeing.

“Buy more guns and learn how to use them.” 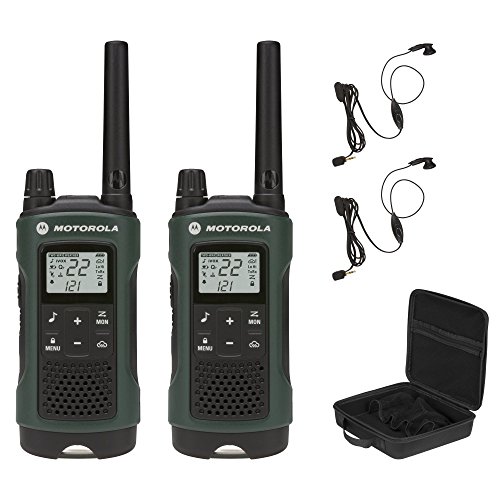 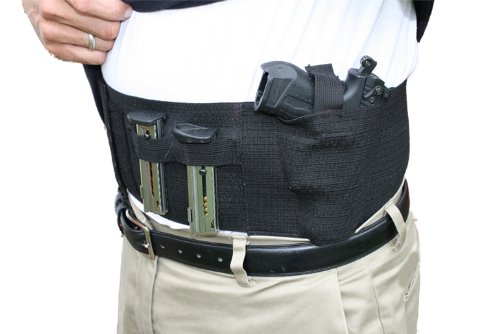 The Best of AWR Hawkins

8 Exam Questions That Divided the Internet No Vaccines? No Camp, and Worse