By C. S. Lewis
The C.S. Lewis Society of California

May I read you a few lines from Tolstoy’s War and Peace?

When Boris entered the room, Prince Andrey was listening to an old general, wearing his decorations, who was reporting something to Prince Andrey, with an expression of soldierly servility on his purple face. “Alright. Please wait!” he said to the general, speaking in Russian with the French accent which he used when he spoke with contempt. The moment he noticed Boris he stopped listening to the general who trotted imploringly after him and begged to be heard, while Prince Andrey turned to Boris with a cheerful smile and a nod of the head. Boris now clearly understood—what he had already guessed—that side by side with the system of discipline and subordination which were laid down in the Army Regulations, there existed a different and more real system—the system which compelled a tightly laced general with a purple face to wait respectfully for his turn while a mere captain like Prince Andrey chatted with a mere second lieutenant like Boris. Boris decided at once that he would be guided not by the official system but by this other unwritten system.

When you invite a middle-aged moralist to address you, I suppose I must conclude, however unlikely the conclusion seems, that you have a taste for middle-aged moralising. I shall do my best to gratify it. I shall in fact, give you advice about the world in which you are going to live. I do not mean by this that I am going to talk on what are called current affairs. You probably know quite as much about them as I do. I am not going to tell you—except in a form so general that you will hardly recognise it—what part you ought to play in post-war reconstruction. 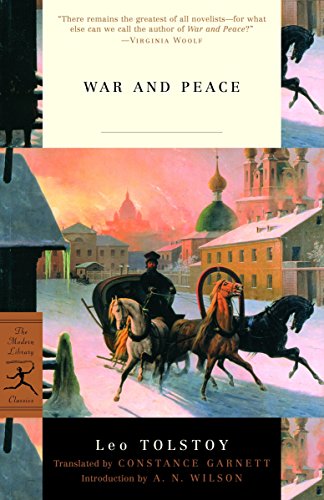 It is not, in fact, very likely that any of you will be able, in the next ten years, to make any direct contribution to the peace or prosperity of Europe. You will be busy finding jobs, getting married, acquiring facts. I am going to do something more old-fashioned than you perhaps expected. I am going to give advice. I am going to issue warnings. Advice and warnings about things which are so perennial that no one calls them “current affairs.”

And of course everyone knows what a middle-aged moralist of my type warns his juniors against. He warns them against the World, the Flesh, and the Devil. But one of this trio will be enough to deal with today. The Devil, I shall leave strictly alone. The association between him and me in the public mind has already gone quite as deep as I wish: in some quarters it has already reached the level of confusion, if not of identification. I begin to realise the truth of the old proverb that he who sups with that formidable host needs a long spoon. As for the Flesh, you must be very abnormal young people if you do not know quite as much about it as I do. But on the World I think I have something to say.

In the passage I have just read from Tolstoy, the young second lieutenant Boris Dubretskoi discovers that there exist in the army two different systems or hierarchies. The one is printed in some little red book and anyone can easily read it up. It also remains constant. A general is always superior to a colonel, and a colonel to a captain. The other is not printed anywhere. Nor is it even a formally organised secret society with officers and rules which you would be told after you had been admitted. You are never formally and explicitly admitted by anyone. You discover gradually, in almost indefinable ways, that it exists and that you are outside it; and then later, perhaps, that you are inside it.

There are what correspond to passwords, but they are too spontaneous and informal. A particular slang, the use of particular nicknames, an allusive manner of conversation, are the marks. But it is not so constant. It is not easy, even at a given moment, to say who is inside and who is outside. Some people are obviously in and some are obviously out, but there are always several on the borderline. And if you come back to the same Divisional Headquarters, or Brigade Headquarters, or the same regiment or even the same company, after six weeks’ absence, you may find this secondary hierarchy quite altered. 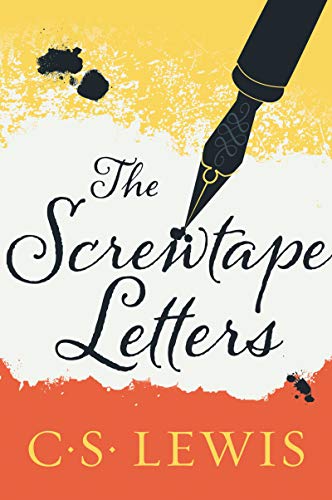 There are no formal admissions or expulsions. People think they are in it after they have in fact been pushed out of it, or before they have been allowed in: this provides great amusement for those who are really inside. It has no fixed name. The only certain rule is that the insiders and outsiders call it by different names. From inside it may be designated, in simple cases, by mere enumeration: it may be called “You and Tony and me.” When it is very secure and comparatively stable in membership it calls itself “we.” When it has to be expanded to meet a particular emergency it calls itself “all the sensible people at this place.” From outside, if you have dispaired of getting into it, you call it “That gang” or “they” or “So-and-so and his set” or “The Caucus” or “The Inner Ring.” If you are a candidate for admission you probably don’t call it anything. To discuss it with the other outsiders would make you feel outside yourself. And to mention talking to the man who is inside, and who may help you if this present conversation goes well, would be madness.

Badly as I may have described it, I hope you will all have recognised the thing I am describing. Not, of course, that you have been in the Russian Army, or perhaps in any army. But you have met the phenomenon of an Inner Ring. You discovered one in your house at school before the end of the first term. And when you had climbed up to somewhere near it by the end of your second year, perhaps you discovered that within the ring there was a Ring yet more inner, which in its turn was the fringe of the great school Ring to which the house Rings were only satellites. It is even possible that the school ring was almost in touch with a Masters’ Ring. You were beginning, in fact, to pierce through the skins of an onion. And here, too, at your University—shall I be wrong in assuming that at this very moment, invisible to me, there are several rings—independent systems or concentric rings—present in this room? And I can assure you that in whatever hospital, inn of court, diocese, school, business, or college you arrive after going down, you will find the Rings—what Tolstoy calls the second or unwritten systems.

All this is rather obvious. I wonder whether you will say the same of my next step, which is this. I believe that in all men’s lives at certain periods, and in many men’s lives at all periods between infancy and extreme old age, one of the most dominant elements is the desire to be inside the local Ring and the terror of being left outside. This desire, in one of its forms, has indeed had ample justice done to it in literature. I mean, in the form of snobbery. Victorian fiction is full of characters who are hag-ridden by the desire to get inside that particular Ring which is, or was, called Society. But it must be clearly understood that “Society,” in that sense of the word, is merely one of a hundred Rings, and snobbery therefore only one form of the longing to be inside.

People who believe themselves to be free, and indeed are free, from snobbery, and who read satires on snobbery with tranquil superiority, may be devoured by the desire in another form. It may be the very intensity of their desire to enter some quite different Ring which renders them immune from all the allurements of high life. An invitation from a duchess would be very cold comfort to a man smarting under the sense of exclusion from some artistic or communistic côterie. Poor man—it is not large, lighted rooms, or champagne, or even scandals about peers and Cabinet Ministers that he wants: it is the sacred little attic or studio, the heads bent together, the fog of tobacco smoke, and the delicious knowledge that we—we four or five all huddled beside this stove—are the people who know.

Often the desire conceals itself so well that we hardly recognize the pleasures of fruition. Men tell not only their wives but themselves that it is a hardship to stay late at the office or the school on some bit of important extra work which they have been let in for because they and So-and-so and the two others are the only people left in the place who really know how things are run. But it is not quite true. It is a terrible bore, of course, when old Fatty Smithson draws you aside and whispers, “Look here, we’ve got to get you in on this examination somehow” or “Charles and I saw at once that you’ve got to be on this committee.” A terrible bore… ah, but how much more terrible if you were left out! It is tiring and unhealthy to lose your Saturday afternoons: but to have them free because you don’t matter, that is much worse.

Freud would say, no doubt, that the whole thing is a subterfuge of the sexual impulse. I wonder whether the shoe is not sometimes on the other foot. I wonder whether, in ages of promiscuity, many a virginity has not been lost less in obedience to Venus than in obedience to the lure of the caucus. For of course, when promiscuity is the fashion, the chaste are outsiders. They are ignorant of something that other people know. They are uninitiated. And as for lighter matters, the number of people who first smoked or first got drunk for a similar reason is probably very large.