Heather Poole has worked for a major carrier for more than 15 years and is the author of Cruising Attitude: Tales of Crashpads, Crew Drama, and Crazy Passengers at 35,000 Feet. We begged Poole to reveal 10 workplace secrets. (In return, we promised to buy her something nice from SkyMall.)

1. IF THE PLANE DOOR IS OPEN, WE’RE NOT GETTING PAID.

You know all that preflight time where we’re cramming bags into overhead bins? None of that shows up in our paychecks. Flight attendants get paid for “flight hours only.” Translation: The clock doesn’t start until the craft pushes away from the gate. Flight delays, cancellations, and layovers affect us just as much as they do passengers—maybe even more. 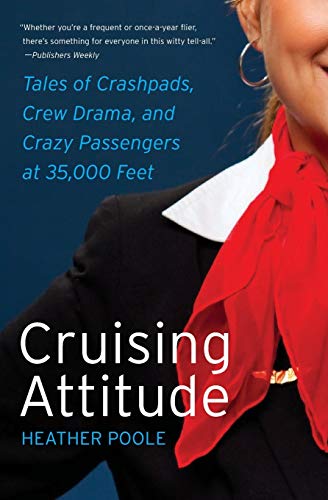 Airlines aren’t completely heartless, though. From the time we sign in at the airport until the plane slides back into the gate at our home base, we get an expense allowance of $1.50 an hour. It’s not much, but it helps pay the rent.

2. LANDING THIS GIG IS TOUGH.

Competition is fierce: When Delta announced 1,000 openings in 2010, it received over 100,000 applications. Even Harvard’s acceptance rate isn’t that low!

All that competition means that most applicants who score interviews have college degrees—I know doctors and lawyers who’ve made the career switch.

But you don’t need a law degree to get your foot in the jetway door. Being able to speak a second language greatly improves your chances. So does having customer service experience (especially in fine dining) or having worked for another airline, a sign that you can handle the lifestyle.

The 4 percent who do get a callback interview really need to weigh the pros and cons of the job. As we like to say, flight attendants must be willing to cut their hair and go anywhere. And if you can’t survive on $18,000 a year, most new hires’ salary, don’t even think about applying.

During Pan Am’s heyday in the 1960s, there were strict requirements for stewardesses: They had to be at least 5-foot-2, weigh no more than 130 pounds, and retire by age 32. They couldn’t be married or have children, either. As a result, most women averaged just 18 months on the job. 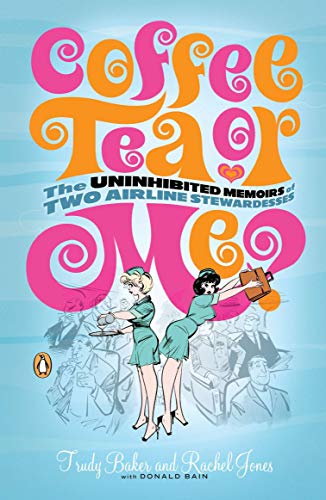 In the 1970s, the organization Stewardesses for Women’s Rights forced airlines to change their ways. The mandatory retirement age was the first thing to go. By the 1980s, the marriage restriction was gone as well. These days, as long as flight attendants can do the job and pass a yearly training program, we can keep flying.

As for weight restrictions, most of those disappeared in the 1990s. Today, the rules are about safety: Flight attendants who can’t sit in the jump seat without an extended seat belt or can’t fit through the emergency exit window cannot fly. The same goes for height requirements: We have to be tall enough to grab equipment from the overhead bins, but not so tall that we’re hitting our heads on the ceiling. Today, that typically means between 5-foot-3 and 6-foot-1, depending on the aircraft.

4. WE CAN BE FIRED FOR BIZARRE REASONS. 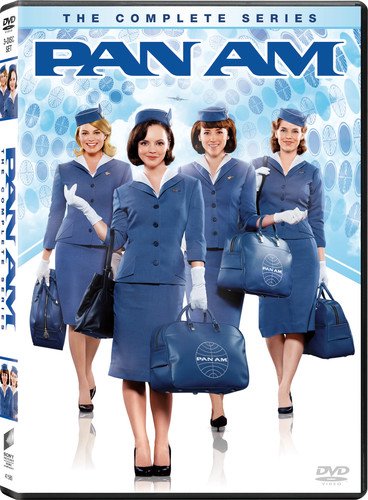 Newly hired flight attendants are placed on strict probation for their first six months. I know one new hire who lost her job for wearing her uniform sweater tied around her waist. Another newbie got canned for pretending to be a full-fledged attendant so she could fly home for free. (Travel benefits don’t kick in until we’re off probation.) But the most surprising violation is flying while ill: If we call in sick, we aren’t allowed to fly, even as a passenger on another airline. It’s grounds for immediate dismissal.

5. DIET COKE IS OUR NEMESIS!

Of all the drinks we serve, Diet Coke takes the most time to pour—the fizz takes forever to settle at 35,000 feet. In the time it takes me to pour a single cup of Diet Coke, I can serve three passengers a different beverage. So even though giving cans to first-class passengers is a big no-no, you’ll occasionally spy 12 ounces of silver trimmed in red sitting up there.

Is it Okay To Eat Expired Food? Does Your Lymphatic System Need a Tune-Up?