George Will wrote an interesting column the other day, entitled “Candidates should choose their judicial muse” (October 22, 2015).

In this op ed Will cites none other than our old friend, Randy Barnett, based on a lecture the latter recently gave at the University of California, Berkeley entitled “Is the Constitution Libertarian?” At least according to Will, Barnett, now a professor of law at Georgetown, said a few things that were indeed compatible with libertarianism. But Randy also said this: “Regulations are not inimical to liberty if they coordinate individual conduct as do, for example, traffic regulations mandating driving on one side of the street or the other. They may also be consistent with liberty if they prevent irreparable tortious accidents before they occur, as speed limits, reasonable driver’s exams, or building codes do. ”

These regulations are highly problematic, at least from a libertarian point of view. First of all government regulations (which Barnett includes in the more exhaustive “regulations” comprising both public and private ones) do not “serve liberty.” Not ever.  The state never has and it never will promote liberty. Why not? Because for one thing it is an illicit institution; it initiates violence against innocent persons via taxes, wars, and, yes, “regulations.” For 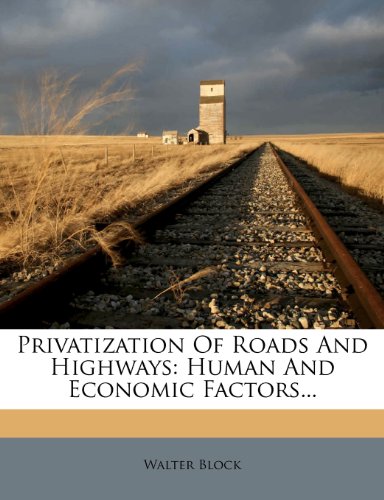 another, on this specific point, the state’s “regulation” of traffic has resulted in some 35,000 road fatalities annually, for the last umpteen years.  This book of mine makes the case that private, competitive free enterprise streets and highways would not only be compatible with libertarianism in a way that road socialism simply is not, but that such a system would not violate the libertarian non-aggression principle (NAP). Block, Walter E. 2009. The Privatization of Roads and Highways: Human and Economic Factors; Auburn, AL: The Mises Institute. (If you purchase this book through Amazon, hint, hint, please do so via the link on Lew Rockell.com)

States Rothbard on this market interference: “Suppose … that A builds a building, sells it to B, and it promptly collapses. A should be liable for injuring B’s person and property and the liability should be proven in court, which can then enforce the proper measures of restitution and punishment. But if the legislature has imposed building codes and inspections in the name of “safety,” innocent builders (that is, those whose buildings have not collapsed) are subjected to unnecessary and often costly rules, with no necessity by government to prove crime or damage. They have committed no tort or crime, but are subject to rules, often only distantly related to safety, in advance by tyrannical governmental bodies. Yet, a builder who meets administrative inspection and safety codes and then has a building of his collapse, is often let off the hook by the courts. After all, has he not obeyed all the safety rules of the government, and hasn’t he thereby received the advance imprimatur of the authorities?”

For other libertarian critiques of the building codes defended by Barnett, consider the following list:

Westley, Christopher. 2011. “The Broken Window Is Not the Only Fallacy Being Applied to Japan Right Now.” March 12

Had Randy Barnett lived up to his initial libertarian record, a brilliant one, he would have joined Rothbard and these other libertarians is demonstrating the evil of these types of statutes and regulations. Instead, here, we find him supporting them. And, by the way Randy, just because private owners of highways might well regulate speed limits on their own property, does not mean it is justified for governments to criminalize speeding.

This is far from the first deviation from libertarian principles committed by this legal theorist. Indicated in the following are some others: 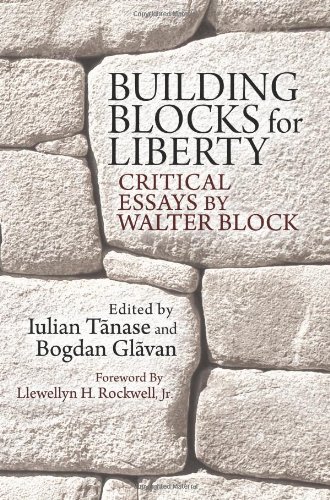 Just to be inclusive (hey, I’m a university professor, I have to be inclusive, otherwise I’ll be committing a micro aggression, and I would just hate to do that), I also append another critique of mine of his writing, although here is in the mainstream of libertarianism, and I am not:

Randy’s falling by the wayside of libertarianism is really too, too bad. For at one time, in his youth, Randy Barnett was one of Murray Rothbard’s chief lieutenants.  Based on his early contributions, it looked as if, when he matured, Randy would make even more significant contributions to our libertarian movement.

For example, consider the following brilliant essay of his:

In it he states: “One can appreciate Anarchy, State and Utopia on many levels. Its emphasis on individual freedom is a refreshing change of pace. It questions assumptions that have long been sacrosanct. It puts forth a theory of

entitlement which is nothing short of remarkable in this day and age. And most importantly, it is being taken seriously by the press and, hopefully, the establishment philosophers as well. But Professor Nozick has attempted more than this. He has attempted to refute the anarchist position. This is a rare endeavor. Few have taken the anarchist position seriously enough to refute it. Few understand it well enough to do it justice. Dr. Nozick displays an intimate knowledge of the anarchist position and yet he rejects it. His refutation is novel, intricate and many-faceted. But does it succeed? In this paper I shall try to outline a few reasons why I think it does not.”

I put it to you, gentle reader, that it is difficult to take more of a radical libertarian position that support libertarian anarchism and to criticize Nozick for his rejection of anarcho-capitalism. This one article of Mr. Barnett’s, and there are many, many more, would place him amongst the first rank of libertarian theorists – were it not for his other deviations from this political economic philosophy of ours.

Barnett’s turn away from libertarianism is even more puzzling in that he is and has been for many years a fan and supporter of Lysander Spooner. And, let me tell you, libertarians do not come in much more radical packages than this magnificent 19th century libertarian and abolitionist. And, Mr. Barnett won the 2005 Annual Lysander Spooner Award.

So, it is a puzzle, wrapped in the proverbial enigma that such a staunch and brilliant libertarian would put it all aside and embrace government ownership, management and regulation of roads and highways, and, of all things, building codes. Were these his only deviations from the one true “faith,” liberty, I would dismiss it as an aberration; as a sort of typographical error. I would adopt Murray Rothbard’s policy of “every dog gets one bite.” For Randy, I would extend this to several bites. But when this latest support for government comes in the train of his advocacy of war-mongering imperialism, see above, it is hard to do so.

Won’t you come home, Randy Barnett? If I may speak for the entire libertarian movement, which of course I cannot, I would say, renounce your rejection of libertarianism, and come join us once again. It is never too late!

The Murder of JFKEnough With the ‘Poor Man’s Aircraft Carriers’