8 of the Most Intriguing Disappearances in History

It’s relatively difficult to get lost without a trace, at least these days. But history contains a number of examples of individuals (and groups) who seemingly managed to vanish into thin air. Many of these stories have become fodder for sci-fi and paranormal theories, from ghosts to sea monsters, but while the answers are probably far more prosaic, we just don’t have them—yet. Ian Crofton’s 2006 book The Disappeared, which contains 35 of these stories, provided much of the information for the eight here.

It may be the oldest mystery in the nation: In the late 16th century, more than 100 colonists seemingly vanished from Roanoke Island, part of what is now North Carolina. The colonists had arrived in 1587 under the leadership of the Englishman John White, a friend of Sir Walter Raleigh, and were part of the second (though some say it’s the third) attempt the settle the area. The earliest days of the colony seemed to have been touched by both joy (White’s 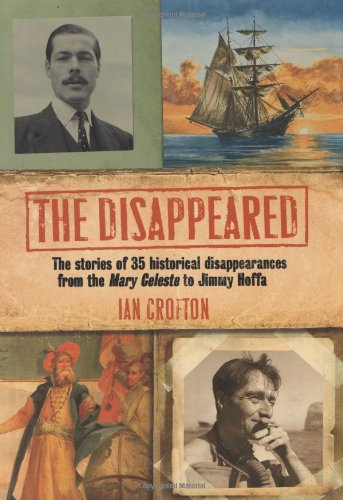 daughter gave birth to the first English child born in the New World about a month after arriving) and sorrow as relationships with the Native Americans deteriorated. When things started to look dire not long after the colony got started, White was persuaded to go back to England to get reinforcements and supplies.

Unfortunately, storms and a war with Spain delayed White’s return until three years after he had left. Upon his return at Roanoke Island, he found no sign of his family or any of the other colonists. The only clues to their whereabouts seemed to be the letters “CRO” carved into a tree, and the word “Croatoan” carved into a fence post. White had left instructions saying that if the settlers moved, they should carve a sign of the place they were going to, and if they were in distress, they should add a cross. White found no cross, but he did find a mess of broken and spoiled belongings. He presumed the settlers had gone to live with the friendly Croatoan tribe, but bad weather and other mishaps prevented him from going to the island where the tribe lived (now called Hatteras Island) to check things out. White never managed to contact the colonists, and nothing more was ever heard of them.

Today, some believe the colonists assimilated into local tribes, but the theory has yet to be proven. Archeological digs at Hatteras Island have found late 16th-century European artifacts, but that doesn’t prove the colonists moved there, since the items could have been acquired by trade or plunder. More recent research has pointed to a site called Merry Hill on Albemarle Sound. In August, archeologists said the concentration and dates of European 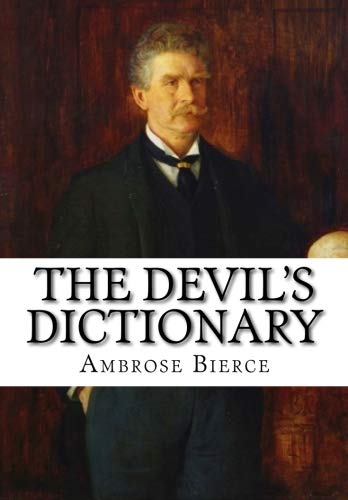 artifacts at the site have convinced them that at least some of the “lost” Roanoke colonists ended up there—but likely fewer than a dozen.

Where did the rest go? Chief Powhattan is said to have told Captain John Smith, leader of the Jamestown Colony, that he had massacred the colonists because they were living with a tribe he considered hostile, but historians have cast some doubt on this account. It’s also possible some, or all, of the colonists escaped with one of the small boats White left, and perished at sea—perhaps trying to return to their homeland, or find a new one.

2. THE CREW OF THE MARY CELESTE

On November 5, 1872, the Mary Celeste set sail from New York Harbor, bound for Genoa with a cargo full of industrial alcohol. Almost a month later, the ship was spotted drifting 400 miles east of the Azores. The captain of the boat that spotted her, David Morehouse, noticed something strange about the way she was sailing, and sent his chief mate and a small party to investigate.

Aboard the Mary Celeste, they discovered a perplexing scene: a ship under full sail, but with not a soul aboard. There was no sign of a struggle, and a six-month-supply of food and water was still among the supplies. Almost all of the 1701 barrels of alcohol seemed untouched. But the lifeboat was missing, as were most of the ship’s papers and several navigational tools. The boarding party also found two open hatches, and 3 feet of water in the hold; 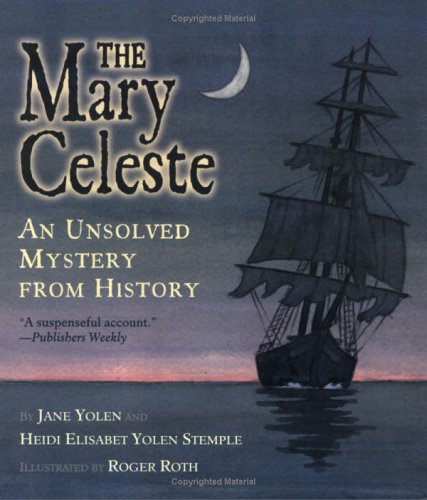 however, the ship was basically in seaworthy condition. The last entry in the captain’s log had been made 10 days prior.

Morehouse’s chief mate sailed the Mary Celeste to Gibraltar, and Morehouse himself later claimed the salvage rights to the ship. Suspicions about the crew’s disappearance initially settled on him—perhaps he had murdered the crew for the salvage rights?—but a British vice admiralty court found no evidence of foul play. (Morehouse did receive a relatively low salvage award, however, perhaps because of lingering suspicions about his involvement.)

Many investigators believe the crew abandoned ship deliberately, since the lifeboat appeared to have been purposely detached rather than torn off in a wave. Some theorize that a quantity of the industrial alcohol—nine barrels were later found empty on the ship—had leaked, and the resultant fumes left the crew terrified of an explosion. They might have left in the lifeboat and intended to watch the ship from a safe distance until the fumes dissipated, then fell victim to a wave, a storm, or other calamity. Other theories surrounding the ship’s disappearance have mentioned mutiny, piracy, ghosts, and giant squid, while more recent speculation has centered around a malfunctioning ship pump. Regardless of the truth, the mystery has continued to fascinate, helped along by multiple retellings (and embellishments) in both literature and film. 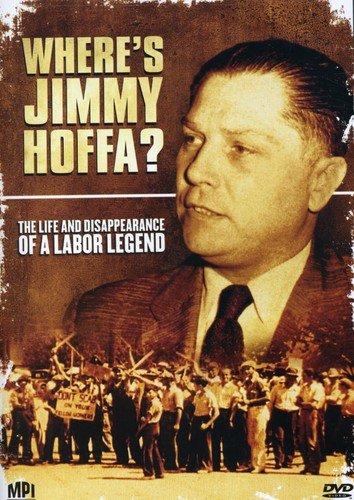 In 1809, the British envoy to Vienna, Benjamin Bathurst, vanished into thin air. Well, almost—after being recalled to London, he checked in at the White Swann Inn at the Prussian town of Perleberg on November 25, ate dinner, and retired to his room. He dismissed his bodyguards at around 7 or 8 p.m., and a little later went to check on his coach, with which he was supposed to depart at 9 p.m. But when his servants went to check on him at 9, he was nowhere to be found.

Granted, tensions at the time were running high: The Napoleonic Wars were at their height, and Bathurst feared that French agents were after him. He also seems to have believed that Napoleon had it in for him personally, although the Little Corporal must have had bigger fish to fry. But there are indications that the 25-year-old Bathhurst wasn’t in the best of mental health, so he may have been imagining things, or at least exaggerating them—especially because historians say a diplomat at the time shouldn’t have been overly concerned for his life. Yet one woman who saw Bathurst drinking tea the day he disappeared said he seemed so nervous he couldn’t drink without spilling from his cup.

A few weeks later, two old women found a pair of Bathurst’s trousers, which contained bullet holes—but no blood—and a letter from Bathurst to his wife that said he feared he’d never see England again. Bathurst also blamed his predicament on the Come d’Entraigues, a French nobleman who later turned out to be a double agent working for Napoleon. But the French vehemently denied any attempt on Bathurst’s life, and insisted that Bathurst had committed suicide. Napoleon himself even assured Bathurst’s wife he had nothing to do with the matter, and allowed her to go to the Rhine area. A four-month investigation she conducted in 1810 failed to find a conclusive answer to her husband’s vanishing.

Others have theorized that Bathurst was murdered by his valet or someone else who may have been after his money or the diplomatic correspondence he carried. In 1852, a skeleton of a person apparently killed with a heavy blow to the back of the head was found in the cellar of a house where a man who was working at the White Swann Inn had lived, but when the skull was shown to Bathurst’s sister, she said it didn’t look anything like him.

By the time he was in his seventies, the sardonic writer sometimes nicknamed “Bitter Bierce”—best known for his Devil’s Dictionary—started dropping hints that he was tired of life. He wrote to one friend that he was “sleepy for death,” and to another, “my work is finished, and so am I.”

Bierce also told friends he was interested in the revolution then underway in Mexico, where Pancho Villa and others were fighting the federal government. In one of his last letters, he wrote to a family member: “Good-bye—if you hear of my being stood up against a Mexican stone wall and shot to rags please know that I think that a pretty good way to depart this life. It beats old age, disease, or falling down the cellar stars. To be a Gringo in Mexico—ah, that is euthanasia!”

Bierce seems to have crossed into Mexico over the border at El Paso, and journalists who talked to him in Mexico reported that he said he was going to sign up with Villa’s army. In his last known letter, written on December 26, 1913 to his secretary, Bierce said he was with Villa and that they were leaving the next morning for Ojinaga. Villa’s army seized Ojinaga after a 10-day siege, and some scholars think Bierce may have been killed in the fighting, with his body later burned because of a typhoid epidemic. But none of the American journalists covering the battle mentioned Bierce’s presence.

There are, however, reports that an “old gringo” was killed at Ojinaga. Bierce is also reported to have died, maybe, at several other points during the Mexican Revolution; the torturous tales surrounding his death could be part of one of his own short stories. Others think Bierce never visited Mexico at all, but went to the Grand Canyon, where he sealed his own fate at the business end of a German revolver.