Guns, Drugs, and Booze: The Bipartisan Support for Prohibition

It’s been noticed more than a few times that there aren’t many substantive differences between the Republicans and Democrats. While this is true in many ways for the parties themselves, the Left and Right certainly differ on a range of issues from welfare to abortion to gay rights.

What they have in common — at least the mainstream varieties — is a desire to use the state to shape society in whatever way they see fit. As Andrew Napolitano put it, “We have migrated from a two-party system into a one-party system, the big-government party. There’s a democratic wing that likes taxes and wealth transfers and assaults on commercial liberties and there’s a republican wing that likes war and deficits and assaults uncivil liberties.” And both parties love prohibition, just of different things. 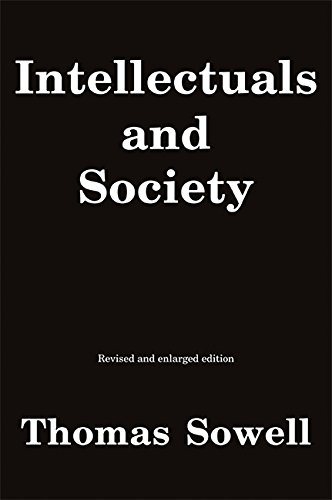 There aren’t many people left who believe the prohibition of alcohol in the 1920s was a good idea. Interestingly enough, it was the progressives of the time that pushed for that. As historian William Leuchtenburg noted, “It was a movement that was embraced by progressives.” On the other side, in the words of historian Daniel Okrent, were the “… economic conservatives who … pushed so hard for repeal.”

Prohibition turned out to be a disaster. A report from the Cato Institute found that after Prohibition passed in 1920, homicide rates increased, corruption increased, alcohol-related deaths were unchanged and after a short dip in 1921, alcohol consumption returned to what it had been before the law was passed. Furthermore, in the midst of this chaos, Al Capone and organized crime came to power. Indeed, black markets and prohibition go together like peas and carrots.

In the past, it was usually the progressives who wanted to use the state to tell people what they could and could not put in their own bodies. However, something must have changed among conservatives as the Right has generally been at the vanguard of the War on Drugs (although, with plenty of help from many on the Left). In 1971, Richard Nixon decided to try prohibition all over again, but this time with cocaine, heroin, and marijuana.

And of course, it has failed in every way imaginable.

According to the National Institute of Drug Abuse, “Illicit drug use in America has been increasing.” In 2012, “9.2 percent of the population” had used illicit drugs in the last month “… up from 8.3 percent in 2002.” So drug use has actually gone up despite spending over a trillion dollars on this massive boondoggle.

Some think this is counterproductive and immoral. Others, like Michael Gerson, believe that those who want to legalize drugs have “second-rate values.” First-rate values include locking drug addicts in cages. So in accordance with Gerson’s first-rate values, instead of trying to help these poor addicts rebuild their lives, the government declared war on the substances, and thereby, the addicts themselves.

And to wage this war has required a massively invasive police state. “Victimless” crimes don’t leave many witnesses (or at least not many who want to talk about it). So the government must use more bellicose means. According to the ACLU, there are an estimated 45,000 SWAT raids every year and only about 7 percent are for hostage situations. The vast majority are for drugs. These raids sometimes end tragically. For example, David Hooks was shot twice while face down on the ground in one raid and a baby was put into a coma when a flash bang was dropped in another.

The evidence also shows that legalization works. Glenn Greenwald notes that “Since Portugal enacted its decriminalization scheme in 2001, drug usage in many categories has actually decreased when measured in absolute terms” and Forbes points out that “drug abuse is down by half.”

And despite some haranguing from conservatives, Colorado has done just fine since decriminalizing marijuana in 2014.

While conservatives have taken some notes from the progressives of old, progressives certainly haven’t given up on the idea of molding society through prohibition. Fortunately, in the United States, most of the debate about guns has to do with regulation and not prohibition. This is not the case in many other countries. And it has also not been the case in several US cities, until Supreme Court decisions overturned the gun bans in Washington, DC and Chicago. Still, many US cities have extremely arduous gun laws on the books.

John Lott did an extensive study and noted that,

The odds that a typical state experiences a drop in murder or rape after a right-to-carry law is passed merely due to randomness is far less than 0.1 percent. … The average murder rate dropped in 89 percent of the states after the right-to-carry law was passed. … There was a similar decline in rape rates.

Further, to make sure he controlled for every variable imaginable (or didn’t control for variables that would incorrectly skew the data) he ran “20,480 regressions” using every imaginable arrangement of possible criteria and concluded,

… all the violent-crime regressions show the same direction of impact from the concealed-handgun law. The results for murder demonstrated that passing right-to-carry laws caused drops in the crime ranging from 5 to 7.5 percent.

We can all mourn tragic events such as the recent mass shooting in Charleston. But what is obviously problematic about restricting civilian gun use is that only law-abiding citizens will comply, criminals will not. (Like many other such massacres, the Charleston shooting took place in a “gun free” zone.) Indeed, criminals will likely have no harder a time getting guns then they do getting drugs, which means that restricting guns just disarms potential victims. A survey by Gary Kleck made him conclude that there were approximately 2.5 million incidents of defensive gun use each year. Although that number is almost certainly way too high, defensive gun use is still relatively common. For example, during a school shooting in Oklahoma, Mikael Gross and Tracey Bridges retrieved the guns from their vehicles and stopped the shooter before he could kill anyone else.

As stated above, while there are some in the United States who call for extreme restrictions on guns, or bans altogether, for the most part, outright prohibition is only an issue in other countries. Many will point to the higher murder rates in the United States than Britain as proof that gun prohibition stops murder (interestingly they don’t point to the property crime statistics as they are actually higher in Britain than the US).

But there are major problems with this simplistic analysis. For example, gun ownership has been increasing rapidly in the United States while gun crime has been falling. In addition, most guns are owned by people in rural areas, then suburban, then urban. Crime rates are exactly the opposite. Further, as Thomas Sowell points out in Intellectuals and Society,

And what about that lower murder rate for Britain? Well, Thomas Sowell again, “London had a much lower murder rate than New York during the years after New York State’s 1911 Sullivan Law imposed very strict gun control, while anyone could buy a shotgun in London with no questions asked in the 1950s.” What matters are the trends, not simplistic and vulgar comparisons. Instead, an international study done at Harvard noted,

Finally, when it comes to gun bans, the results are predictably terrible. John Lott again, “Every place around the world that has banned guns appears to have experienced an increase in murder and violent crime rates.” This includes Washington, DC, Chicago, Britain, Ireland, and Jamaica. One British newspaper ran the darkly humorous article “Gun Crime Soaring Despite Ban.” Change the “Despite” to “Because” and you have an accurate article.

Penn Jillette has half-joked, “If you can convince the gun nuts that the potheads are ok and the potheads that the gun nuts are ok, then everyone’s a libertarian.” Arguments about whether these things should be regulated and how much so would be the subject for a different article. But it’s hard to understand why many liberals think that prohibiting drugs creates black markets with drugs, but that it wouldn’t happen with guns. Does one really think that drug cartels couldn’t add guns to their list of products to push? And the same goes for conservatives in the reverse.

The Best of Andrew Syrios

Andrew Syrios is a Kansas City-based real estate investor and partner with Stewardship Properties. He also blogs at Swifteconomics.com.

Previous article by Andrew Syrios: The Left Is Viciously Pro-War

Is the CIA Trying To Smear the Gold Standard? 2WD, 4WD, FWD, AWD?