How credible are the reports of interviews filed by FBI agents working a case? In fact, such reports are known to be so unreliable that in one case, a federal judge refused to be interviewed by agents unless he was allowed to review their report and make corrections.

That case was more than a decade ago, but the problems raised by these FBI reports—which are often offered in evidence during criminal trials—are very much current. Indeed, the judge in the recent trial of Boston Marathon bomber Dzhokhar Tsarnaev specifically warned the jurors against giving too much credence to such a report. 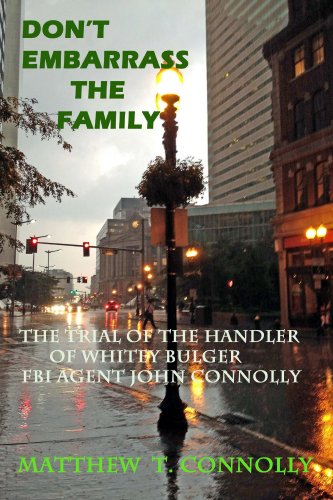 The case of the judge who insisted on fact-checking the FBI’s work is particularly instructive. This occurred during the much-watched 2002 trial of retired FBI agent John Connolly, the handler of the notorious gangster Whitey Bulger.

Connolly was charged with, among other things, obstruction of justice involving a letter Connolly sent to the presiding federal judge, Mark Wolf. Wolf’s testimony was needed to prove the obstruction.

As is standard practice, prosecutors asked that Wolf submit to an FBI interview in advance of any courtroom testimony. The  interview reports, commonly called 302 reports, are named after the form on which they are written.

The FBI’s process for handling 302s is hardly an ideal one for accurate recording and transmittal of what was said during an interview.

The process is as such: two FBI agents ask questions and listen to the answers—without tape recording or obtaining a certified transcript. Instead, they return to their office and, based on their recollection and any notes they may have taken during the interview, write up a summary of what transpired. Summaries are, in most cases, written hours later, sometimes even the following day.

This reporter sat in court listening to Judge Wolf’s testimony—which is included in my book, Don’t Embarrass The Family, based on FBI agent Connolly’s trial. Under questioning, Judge Wolf revealed that he had agreed to be interviewed, but only on the condition that he would be able to review the 302 for accuracy and to make any necessary corrections. It was clear he had little confidence the FBI agents would accurately reproduce what he said. In plain English, he did not trust them. Judge Wolf had seen his share of FBI interview reports, as he had been a federal judge since 1985 and prior to that had served as an assistant US attorney for eight years.

Judge Wolf’s concern about FBI agents’ ability to accurately render interview content is made even more clear in a footnote in his 661–page decision filed on September 15, 1999 in the matter of US v. Salemme, where it was disclosed Whitey Bulger was an informant.

In footnote 35, Wolf quotes Edwin O. Guthman, who once served as press secretary to Attorney General Robert Kennedy: “You can have a conversation with an agent… and when it is over he will send a memo to the files. Any relation between the memo and what was said in the conversation may be purely coincidental. You would think you were at different meetings.”

Wolf says that after reviewing the 302s, he made only minor changes or corrections. Thus, in this case, at least, no substantive errors had been introduced. But then other interviewees, such defendants and key witnesses, have no right to review and correct 302s. And a presiding judge is hardly the most likely victim of misstatements by FBI agents. Based on a variety of published claims, such misstatements, tendentious or otherwise,may be distressingly common.