Take Shelter: An Unexpected Prepper Movie You Must See

To be honest, it seems like there aren’t a whole lot of movies that can perfectly capture the fears, motivations, and aspirations, of the prepper movement. Obviously, there are a ton of post-apocalyptic movies that are put out every year, but these aren’t really made with preppers in mind. They mostly play out like your standard action/horror flick, and they often focus on people who are unprepared, since that makes for a more relatable story to the average viewer.

There’s nothing wrong with that, it just means that the movie industry isn’t very interested in preppers. We’re a fairly small demographic, so they make movies that might attract us, but they don’t really make movies just for us.

Coincidentally, the movie I’d like to share with you also wasn’t made with preppers in mind, but somehow it manages to perfectly capture the prepper experience. It’s completely unintentional. Writer and director Jeff Nichols set 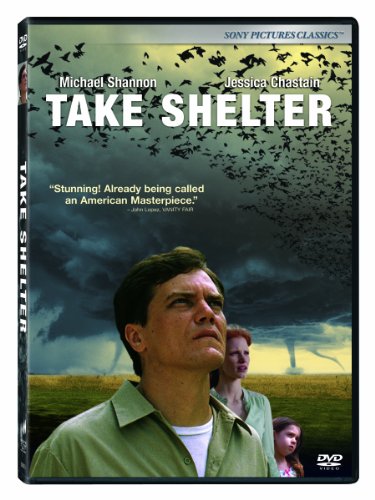 out to make a movie about human fear and anxiety, but wound up making something that I think most preppers can totally relate to. (Spoilers Ahead)

Take Shelter stars Michael Shannon as Curtis Laforche, a construction worker living in a small town with his wife and daughter. Unlike most preppers, he doesn’t start worrying about his future safety and security by reading the news. Instead, he is consumed by apocalyptic dreams and visions that compel him to start building a storm shelter in his back yard.

Here’s where the film becomes intensely relatable to preppers. Curtis starts stocking up on gear and supplies, and he’s working on this project at the expense of everything else in his life. He’s putting in all this money and effort into something that nobody else understands. He doesn’t even tell most people what he’s up to, because he knows they won’t believe him. He even hides these activities and expenditures from his wife. Raise your hand if you’ve ever done some clandestine prepping because people in your family think you’re crazy.

The Amazing FBI Trick Think Greece’s Economy Is the One in Trouble?