How Governments Keep You (and Your Money) From Leaving

The IRS reports that more people renounced their US citizenship during the first quarter of 2015 than during any other quarter in history. Notably, a sizable portion of those renouncing their citizenship are doing so to escape heavy taxation. The United States is the only country other than the military dictatorship of Eritrea that taxes its citizens living abroad on all forms of income.

Interestingly, it is the wealthy (i.e., generally the most economically productive members of society) who are leaving permanently, and the fact that the US is driving out its wealthiest members is not a good sign for the long-term prospects for the country. It is also the opposite of what happens in a country with a healthy respect for private property and basic human freedoms.

Specifically, the IRS reports that 1,335 American citizens gave up their citizenship forever during the first quarter. During 2014, more than 3,400 did the same. This is only a tiny portion of the total population of American citizens, although this does not count the much larger group of expatriates who remain citizens. Three million of them leave the country per year. Nor do the numbers include long-term residents who give up residency.

The overall numbers giving up citizenship, remain small, but it’s actually startling that the number is as large as it is. Giving up citizenship costs more now than ever before. CNN reports that “the government increased the renunciation fee to $2,350, more than four times what it used to cost. … On top of that, some U.S. citizens are slapped with a giant ‘exit tax’ bill — sometimes millions of dollars — when they renounce. … The tax pain can last for years, with some former Americans on the hook for additional payments decades after they renounce.”

And, once renunciation is complete, US law enables the US Attorney General to bar former citizens from ever re-entering the country again if the government decides that the former citizen left to avoid paying taxes. The experience of Eduardo Saverin illustrates the many barriers and pitfalls related to renouncing citizenship.

So, renouncing citizenship may not only bring large monetary expenses, but may mean one can no longer visit friends and family in the United States ever again.

Clearly, the US government isn’t exactly trying to cut the cost for emigrants. And why would any state ever want to ease the process of emigrating for those with money and valuable skills? It is to the state’s advantage to capture as much as it can in terms of capital and human resources as possible.

The Option of Escape 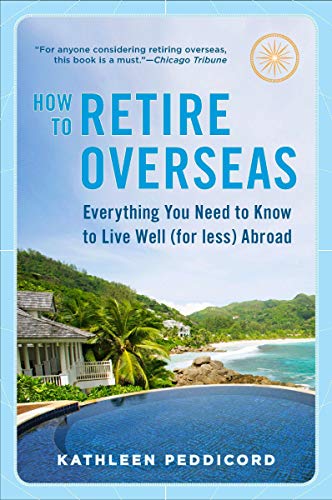 In fact, it has been the relative ease-of-exit that has served as a check on government power throughout much of history, and the relative ease with which the most productive members of society could escape more oppressive regimes was an important factor in the economic and political development of Europe.

Ralph Raico, in his essay “The Theory of Economic Development and the European Miracle,” examined how the small size of states, and the lack of significant barriers to relocation for merchants and other taxpayers, was central to the rise of economic prosperity and ideologies of liberty and private property. When a prince proposed to raise taxes, Raico observed, the most productive members of society would move their wealth and themselves to neighboring jurisdictions where princely expropriation was lighter. Raico writes:

Although geographical factors played a role, the key to western development is to be found in the fact that, while Europe constituted a single civilization — Latin Christendom — it was at the same time radically decentralized. In contrast to other cultures — especially China, India, and the Islamic world — Europe comprised a system of divided and, hence, competing powers and jurisdictions.

Within this system, it was highly imprudent for any prince to attempt to infringe property rights in the manner customary elsewhere in the world. In constant rivalry with one another, princes found that outright

expropriations, confiscatory taxation, and the blocking of trade did not go unpunished. The punishment was to be compelled to witness the relative economic progress of one’s rivals, often through the movement of capital, and capitalists, to neighboring realms. The possibility of “exit,” facilitated by geographical compactness and, especially, by cultural affinity, acted to transform the state into a “constrained predator.”

Decentralization of power also came to mark the domestic arrangements of the various European polities. Here feudalism — which produced a nobility rooted in feudal right rather than in state-service — is thought by a number of scholars to have played an essential role. … Through the struggle for power within the realms, representative bodies came into being, and princes often found their hands tied by the charters of rights (Magna Carta, for instance) which they were forced to grant their subjects. In the end, even within the relatively small states of Europe, power was dispersed among estates, orders, chartered towns, religious communities, corps, universities, etc. …

In other words, a system of a large number of small jurisdictions — compounded by decentralization within the jurisdictions themselves — led to an inability on the parts of rulers to easily control the movement of persons and capital.

Unfortunately, however, we see little in common between the modern United States and the Europe described by Raico.

In addition to direct legal costs imposed by the US government itself, the American state also benefits from informal barriers imposed by demographics and geography. For example, nearly 80 percent of native English speakers live within the United States, and this imposes a practical barrier to exit since exit is likely to require that the emigrant learn a new language. Furthermore, the sheer size of the United States ensures that emigration requires that the emigrant move hundreds, if not thousands, of miles away from friends and family. The fact that the US borders only two countries further ensures a lack of choice when seeking “nearby” regimes that may be more favorable to the emigrant’s likes. Differences in climate (Canada is cold and very dark in winter) and the fact that one may not be welcomed by foreigners add further to the incentives against relocation. 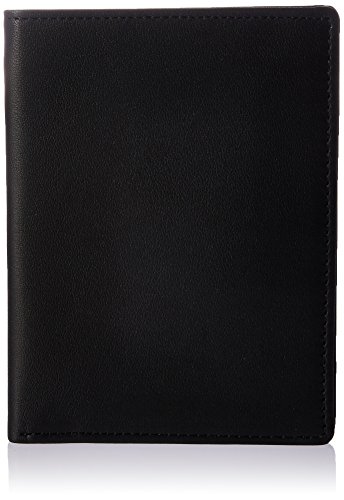 For the potential emigrant, then, the repercussions of relocation are enormous and daunting, and quite unlike the European merchant of the middle ages, described by Raico, who can escape the edicts of one prince by taking up residence among others — who speak the same language and practice the same religion — fifty miles down the river.

Love it or Leave It?

During the Vietnam War, supporters of the war invented the slogan “Love It or Leave It” as an epithet against those who opposed the war or other perceived injustices perpetrated by the American state. The assumption is that if one doesn’t like the US government, one should just go to some other country. A similar slogan (in Portuguese) was also employed by the military dictatorship in Brazil.

Undoubtedly, many who do not “love it” would “leave it” if leaving did not involve such an enormous life change.

To illustrate this, let’s indulge in a thought experiment in which a secession movement splits the United States into two independent pieces, with the boundary at the Mississippi River. In such a scenario, citizens of the two countries would suddenly find themselves with two countries from which to choose, with both choices offering similar climates, cultural amenities, and languages. Relocation from one to the other would also place emigrants no further away than a short plane ride or automobile trip. The populations of cities along the border, such as St. Louis and Minneapolis would boom as residents attempted to pick and choose among opportunities offered on both sides of the border.

Obviously, if secession then continued to other jurisdictions, and the old US is broken up into several or even dozens of new jurisdictions, the choices among regimes available to residents would multiply. Emigration would become a much less daunting affair (especially for those with money and assets who would be welcomed by other jurisdictions) and one would be far more likely to make the plunge based on economic considerations.

Naturally, states are well aware of these realities too, which is why the federal government works tirelessly to supersede the variety offered by state laws with uniform federal law on everything from banking to gay marriage. In spite of all of this, people still “vote with their feet” by moving from high tax states, cities, and counties to low-tax states, cities, and counties. The feds tolerate this because they have the all-important income tax, capital gains taxes, and more. Try to escape those taxes, and you’ll find you won’t “love it.”

Previous article by Ryan McMaken: Another Blow for Secession