They say a picture is worth a thousand words. In some cases, that might actually be an understatement. The following are some of the most iconic images ever, permanently ingrained in our culture, and they have a few interesting stories to tell. 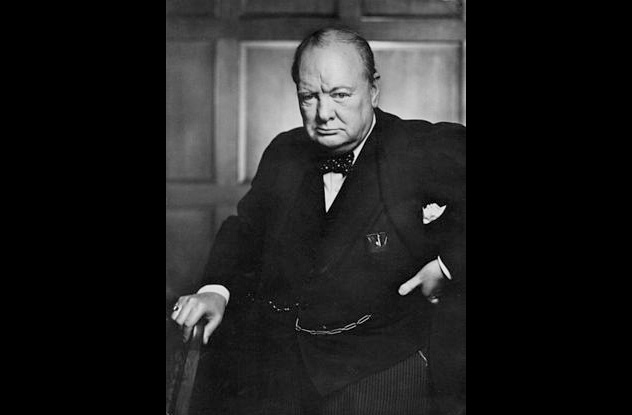 Not many people will know that the title of this photograph is The Roaring Lion, but most of them will still recognize it. It is one of the most iconic images of Churchill and one of the most reproduced photos ever. It shows a steely-eyed leader in a time of crisis. No time for fun and games—just determination to overcome one of the greatest threats to mankind. In reality, though, Churchill was just annoyed the photographer took away his cigar.

The moment took place on December 30, 1941. Churchill was touring the United States and Canada to discuss the war and had just given a speech to the House of Commons in Ottawa. He entered a room, brandy in one hand, cigar in the other, when he saw a photographer setting up lights. That man was Yousuf Karsh, famed portrait photographer, who saw an annoyed Churchill and realized he had not been told of the photo shoot. Even so, the prime minister granted him two minutes. He put aside the brandy but refused to relinquish his cigar.

A defeated Karsh went back to his camera and set up the shot. Just before taking it, he sneaked up to Churchill, asked for forgiveness, and plucked the cigar from his lips. The result was a pissed-off prime minister and one of the most iconic shots in history. 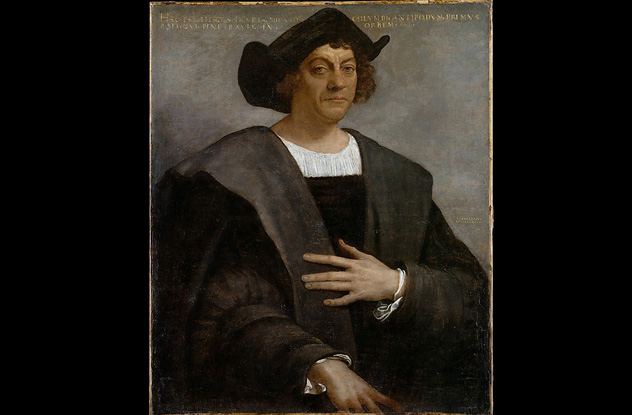 If you are trying to conjure up an image of Christopher Columbus, chances are that you are thinking of the image above. It is the most well-known painting of Columbus, done by Venetian master Sebastiano del Piombo. The only problem is that we can’t say for sure that is what Columbus actually looked like. We’re not even sure that really is meant to be Columbus.

There is actually no definitive portrait of Columbus. While there is a legend that Queen Isabella ordered a portrait of Columbus while he was at her court, no such painting was ever found. Despite being so well known today, Columbus was considered a failure at that time for not delivering on his promise of vast riches, so it’s possible that his portrait, if it existed, was destroyed or painted over.

We, at least, have a few reliable descriptions of the admiral from trustworthy sources like his son Ferdinand and historian/acquaintance Bartolome de las Casas. In total, around 70 paintings purported to show Columbus have been gathered over the years, and none of them could be certified as authentic. 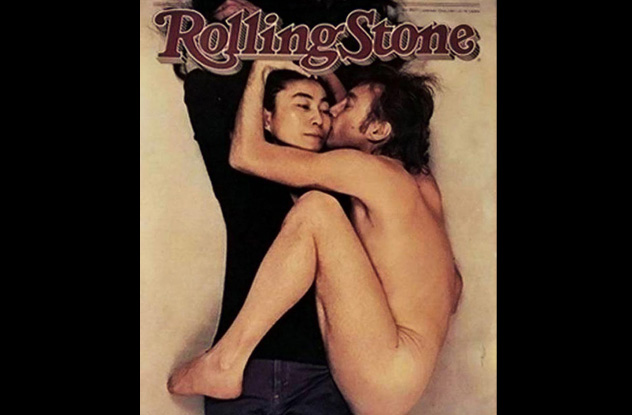 As a pop culture magazine, Rolling Stone has never been afraid to generate a bit of controversy, especially with its covers. This image of a naked John Lennon draped over Yoko Ono was one of its most controversial (and most successful) covers ever.

The shoot happened on December 8, 1980. The photo was taken by famed portrait photographer Annie Leibovitz, who is responsible for some of the most iconic pop culture images in history. One story says that, though Lennon was quick to strip, Ono felt uncomfortable and wanted to remain clothed. Another said that Ono was willing to take her top off, but Leibovitz thought it would make a better photo if she had her clothes on.

Whatever the truth might be, Leibovitz only took one picture. She showed it to Lennon, who was ecstatic with the result, proclaiming that it “captured [their] relationship exactly” and insisted that it would be the cover of the magazine. Everyone parted ways, happy with how the photo shoot turned out. Just five hours later, John Lennon was pronounced dead after being shot by Mark David Chapman, making that the last photograph of the former Beatle.

Would You Eat School Lunches? If the Queen Invites You