What Exactly Is Racism?

I want to look at two words that the State and its hangers-on have employed with much success on behalf of increases in government power. One is racism. The other is equality.

What exactly is racism? We almost never hear a definition. I doubt anyone really knows what it is. If you’re inclined to dispute this, ask yourself why, if racism truly is something clear and determinate, there is such ceaseless disagreement over which thoughts and behaviors are racist and which are not?

If put on the spot, the average person would probably define racism along the lines of how Murray N. Rothbard defined anti-Semitism, involving hatred and/or the intention to carry out violence, whether State-directed or otherwise, against the despised group:

It seems to me that there are only two supportable and defensible definitions of anti-Semitism: one, focusing on the subjective mental state of the person, and the other “objectively,” on the actions he undertakes or the policies he advocates. For the first, the best definition of anti-Semitism is simple and conclusive: a person who hates all Jews….

How, unless we are someone’s close friend, or shrink, can we know what lies in a person’s heart? Perhaps then the focus should be, not on the subject’s state of heart or mind, but on a proposition that can be checked by observers who don’t know the man personally. In that case, we should focus on the objective rather than the subjective, that is the person’s actions or advocacies. Well, in that case, the only rational definition of an anti-Semite is one who advocates political, legal, economic, or social disabilities to be levied against Jews (or, of course, has participated in imposing them).

This, then, seems reasonable: (1) someone is a racist if he hates a particular racial group, but (2) since we can’t read people’s minds, and since accusing people of hating an entire group of people is a fairly serious charge, instead of vainly trying to read the suspect’s mind we ought instead to see if he favors special disabilities against the group in question.

But am I not redefining anti-Semitism out of existence? Certainly not. On the subjective definition, by the very nature of the situation, I don’t know any such people, and I doubt whether the Smear Bund does either. On the objective definition, where outsiders can have greater knowledge, and setting aside clear-cut anti-Semites of the past, there are in modern America authentic anti-Semites: groups such as the Christian Identity movement, or the Aryan Resistance, or the author of the novel Turner’s Diaries. But these are marginal groups, you say, of no account and not worth worrying about? Yes, fella, and that is precisely the point.

On the other hand, maybe a racist is someone who believes different groups tend to have common characteristics, even while acknowledging the axiomatic point that each individual person is unique. But whether it’s family structure, a penchant for alcoholism, a reputation for hard work, or a great many other qualities, Thomas Sowell has assembled a vast body of work showing that these traits are not even close to being distributed equally across populations.

The Chinese, for example, gained reputations in countries all over the world for working very hard, often under especially difficult conditions. (As a matter of fact, this is one of the reasons American labor unions despised Chinese workers in the nineteenth century.) By the mid-20th century, the Chinese minority dominated major sectors of the Malaysian economy even though they were officially discriminated against in the Malaysian constitution, and earned twice the income of the average Malay. They owned the vast majority of the rice mills in Thailand and the Philippines. They conducted more than 70 percent of the retail trade in Thailand, Indonesia, Cambodia, the Philippines, and Malaysia. 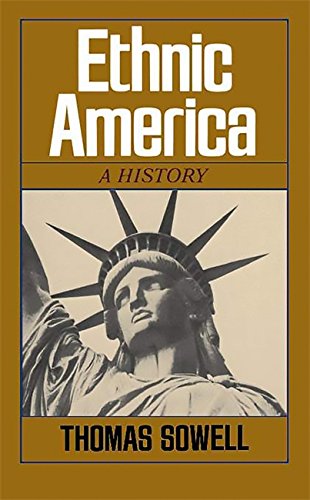 We could tell a similar story about Armenians in various parts of the world, as well as Jews and East Indians. Japanese-Americans went from being so badly discriminated against that they were confined to camps during World War II to equaling whites in income by 1959 and exceeding whites in income a decade later by one-third.

Likewise for Germans, whose reputations and accomplishments in craftsmanship, science, and technology have been evident not only in Germany but also among Germans in the U.S., Brazil, Australia, Czechoslovakia, and Chile. They had more prosperous farms than Brazilian farmers in Brazil, Russian farmers in Russia, and Chilean farmers in Chile.

According to the inane rules governing American society, Sowell, being black himself, is permitted to discuss such phenomena, while the rest of us face demonization, destroyed careers, and ruined reputations should we make note of any of this forbidden testimony.

In order not to be suspected of racism, therefore, one must play it as safe as possible by at least pretending to believe the following propositions:

— income disparities among groups are explainable entirely or in very large part by discrimination;

— if a minority group is “underrepresented” in a particular profession, the cause must be racism;

— if minority students are disproportionately disciplined in school, the cause must be racism, even when the teachers involved themselves belong to the same minority group;

— if test scores – both in school and in the private sector – differ by racial group, this is evidence that the tests are culturally biased, even though the questions showing the greatest disparity happen to have the least cultural content.

Not one of these statements is defensible, needless to say, but every one of them must be believed. Skeptics are, of course, racist.

The following opinions or propositions have all been declared racist at one point or another, by one source or another:

— antidiscrimination law is a violation of private property rights and freedom of contract;

— Brown v. Board of Education was based on faulty reasoning;

— the extent of racism in American society is exaggerated.

There are many grounds on which one could advance these claims. But since according to popular left-wing sites like Daily Kos, ThinkProgress, and Media Matters it is racist to believe in any of them, it doesn’t matter what your arguments are. You are a racist. Protest all you like, but the more you try, the more the commissars smear and ridicule you. You may pretend that you have logically sound and morally unimpeachable reasons for your views, but this is all a smokescreen for racism as far as the commissars are concerned. The only way you can satisfy them now is by abandoning your views (and even then they’ll still question your sincerity), even though you do not hold them on disreputable grounds.

Thus charges of racism nearly always involve attempted mind reading – e.g., that person claims to oppose antidiscrimination law out of some kind of principle, but we know it’s because he’s a racist.

To see libertarians, who of course should know better, jumping on the thought-control bandwagon, or pretending that the whole issue is about the freedom to be a jerk, is extremely short-sighted and most unfortunate. The State uses the racism racket as justification for its further extension of power over education, employment, wealth redistribution, and a good deal else. Meanwhile, it silences critics of State violence with its magic, never-defined word racism, an accusation the critic has to spend the rest of his life trying to disprove, only to discover that the race hustlers will not lift the curse until he utterly abases himself and repudiates his entire philosophy.

If he tries to defend himself by protesting that he has close friends who belong to the group he is accused of hating, he’ll be ridiculed more than ever. Here’s Rothbard again:

I also want to embellish a point: All my life, I have heard anti-anti-Semites sneer at Gentiles who, defending themselves against the charge of anti-Semitism, protest that “some of my best friends are Jews.” This phrase is always sneered at, as if easy ridicule is a refutation of the argument. But it seems to me that ridicule is habitually used here, precisely because the argument is conclusive. If some of Mr. X’s best friends are indeed Jews, it is absurd and self-contradictory to claim that he is anti-Semitic. And that should be that.

It’s hard to argue with Rothbard here. If someone had been accused of disliking ground beef, but it could be shown that he very much enjoyed hamburgers and goulash, that would pretty much demolish the accusation, wouldn’t it?

I know no one who hates entire groups, and those people who do are in such a tiny minority that their organizations are equal parts lunatic and FBI informant. Likewise, I know no one who favors the use of official violence against particular groups.

We should want to treat people justly and with respect, of course. Any decent person feels that way. But how and why does “equality” enter the picture, except in the trivial and obvious libertarian sense that we should all equally refrain from aggression against one another?

The State likes nothing more than to declare war on drugs, or terrorism, or poverty, or “inequality.” The State loves “equality” as an organizing principle, because it can never be achieved. In the course of trying, the State acquires ever more power over ever more practices and institutions. Anyone who questions the premise of equality is hectored out of polite society. Quite a racket, this, and certainly no place for libertarians to be.

If it’s material equality we want, it would vanish the moment after we achieved it, as soon as people resumed their normal spending patterns and the goods and services offered by some people were more highly valued than those offered by others. If it’s “equality of opportunity,” then we would have to abolish the family, as so many socialist schemes have seriously contemplated, since conditions in the household play such an important role in children’s success.

Yes, of course we oppose the inequality that results from special State privilege enjoyed by certain people and groups. But the real issue there isn’t inequality per se, but justice and private property.

Even the old saw about equality in the eyes of God isn’t quite right. Erik von Kuehnelt-Leddihn, the Catholic classical liberal, noted that Judas, who betrayed Christ, was in no way the “equal” of St. John, the beloved disciple, and that the origins of “equality” lay in Lucifer’s urge to be the equal of Christ. He added:

Egalitarianism under the best circumstances becomes hypocrisy; if sincerely accepted and believed in, its menace is greater. Then all actual inequalities appear without exception to be unjust, immoral, intolerable. Hatred, unhappiness, tension, a general maladjustment is the result. The situation is even worse when brutal efforts are made to establish equality through a process of artificial leveling (‘social engineering’) which can only be done by force, restrictions, or terror, and the outcome is a complete loss of liberty.

If we want to be free, therefore, we must shun the State, its methods, and its language.

The Triumph of Medical Tyranny Timeline to War