During his presidency, Barack Obama on many occasions has claimed that the market economy is based upon what he (and other leftists) call “trickle-down economics.” A few years ago, Obama declared:

Now, just as there was in Teddy Roosevelt’s time, there’s been a certain crowd in Washington for the last few decades who respond to this economic challenge with the same old tune. “The market will take care of everything,” they tell us. If only we cut more regulations and cut more taxes – especially for the wealthy – our economy will grow stronger. Sure, there will be winners and losers. But if the winners do really well, jobs and prosperity will eventually trickle down to everyone else. And even if prosperity doesn’t trickle down, they argue, that’s the price of liberty.

It’s a simple theory – one that speaks to our rugged individualism and healthy skepticism of too much government. And that theory fits well on a bumper sticker. Here’s the problem:

It doesn’t work. It has never worked. It didn’t work when it was tried in the decade before the Great Depression. It’s not what led to the incredible post-war boom of the 50s and 60s. And it didn’t work when we tried it during the last decade.

The idea, according to Obama and his supporters, is that markets only benefit wealthy people, and that standards of living for the vast majority of Americans have fallen since 1980. The only way to “restore” the middle class and bring others to that state of well-being is to employ massive wealth transfers from wealthy people to those who are less-fortunate. According to Travis Waldron of ThinkProgress:

Obama is right. The trickle-down policies put in place since the Reagan administration haven’t brought prosperity to the middle- and working-classes; if anything, they have made prosperity an illusion for the vast majority of Americans who don’t directly benefit from them.

As I look through the Internet for references to “trickle-down” economics, the critics of markets claim that Progressive government policies from high tax rates to promoting subsidies, massive regulations, and high minimum wages are the key to prosperity. Writes American University Professor of Economics Jon Wiseman:

Until recent times, government was indeed the enemy of the overwhelming majority of people. Although it provided for defense and a degree of social stability, until the nineteenth century, elites used the state to ensure that they could extract as much as possible from the working population. Workers, whether slaves, serfs, indentured servants, or wage workers, retained merely the wherewithal to survive. Yet, the goodness of government was rarely in doubt. 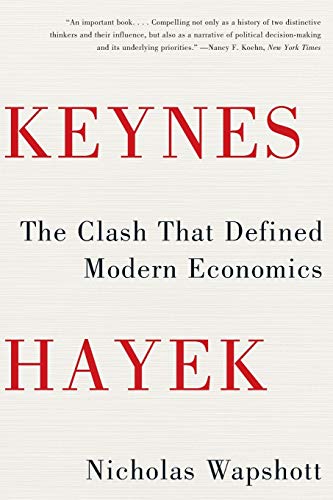 Ideology, crafted and controlled by elites, depicted the state as sacred, its rulers chosen by gods, or themselves gods. Government was part of the sacred order of things. Even when the state came to be legitimated in secular terms (as a social contract), elites continued to use the state to ensure that they could capture most of the workers’ output beyond that needed for survival.

All of this came under challenge when the maturation of capitalism in the nineteenth century created the conditions in which the working class would, through the threat of violence, successfully petition for higher wages, better working conditions, education for their children, and the franchise. The franchise gave workers the power to peacefully claim a fairer share of society’s income, wealth and privilege. The role of the state was in principle reversed from a social agency that enabled elites to capture virtually all income beyond subsistence, to one that could impede them from doing so. If the state were to become truly democratically controlled, then for elites, government would indeed become “the problem” as Reagan put it in his inaugural address in 1981. Their only remaining weapon would be in maintaining control over ideology. They would have to convince enough of the electorate that their best interests would result from those policies that would in fact enable elites to retain, if not augment, their wealth, power, and privilege.

Although worker living standards improved after the franchise was democratized, so too did inequality. The big break came in the 1930s during the Great Depression. The dire conditions of that decade delegitimated the elite’s ideology, permitting the widespread acceptance of doctrines and policies that produced a 40-year period of declining inequality and substantial improvement for the lives of practically all Americans. It was the “great compression” in income, wealth, and privilege.

Thus, one would argue, a government whose leaders and employees believed in the ideals espoused by Wiseman would create an atmosphere of equality with employment and opportunities for all. A political entity that would be devoid of the “market ideologues” who would argue for a return to free markets and a minimal governmental presence then would be free to impose those policies that would end the tyranny of economic inequality. Instead of “trickle-down” economics, the people would experience “trickle-up” in which government gives money to poor people who then spend it and create prosperity for everyone.

As I watched parts of Baltimore burn, I came to realize that for the past four decades, that city has been able to engage in the very kind of political economy experiment that Wiseman and others

quoted claim would bring prosperity for all. No longer would governmental leaders permit “trickle-down” markets to exist, looking to create “trickle-up” opportunities, instead. So, what has been the result?

For about 30 years, we have seen the construction of state-of-the-art stadiums for professional football and baseball, and the development of the Inner Harbor at Baltimore’s waterfront. Indeed, these are all beautiful facilities and the Inner Harbor has a famous aquarium, shops, good restaurants, and high-end apartments and condominiums. Parts of Baltimore are an urban showplace, and then there are the affluent white neighborhoods throughout the city, along with the gleaming edifices of Johns Hopkins University and its world-class medical facilities and medical school. The city is full of good restaurants and is a Mecca of varieties of musical genres from Early Music (a favorite of mine) to authentic Irish Music.

The idea behind this development was to create an atmosphere that would attract more investment downtown with the benefits somehow trickling (or maybe flowing) into the areas dominated by African Americans. Success in one area was supposed to translate into a ripple effect of success elsewhere, but it has not happened. The black communities of Baltimore might provide some of the inexpensive labor that helps to facilitate much of the redevelopment and there might even be black residents of Baltimore who patronize the various “investments” of the redeveloped parts of that city, but for the most part, the problems plaguing black areas of Baltimore seem to be intractable and there is no real connection between the glitz of the for-show projects and the grime of nearby poor residential areas.

Previous article by William L. Anderson: Can the FBI Be Trusted?

If the Government Calls It ‘Freedom’ The Cashless Society