Theresa Sullivan and Her Faux Outrage

So, Theresa Sullivan, president of the University of Virginia, finally has spoken about the piece of fiction in Rolling Stone that falsely claimed a UVA freshman named “Jackie” had been brutally raped at a fraternity party in September, 2012. Yes, this is the same story that Sullivan helped to create, one she wanted to believe when it first was published last November, and a story that enabled her to impose her own hard-left agenda at her university.

According to Sullivan’s statement made through the University of Virginia:

Rolling Stone’s story, ‘A Rape on Campus,’ did nothing to combat sexual violence, and it damaged serious efforts to address the issue. Irresponsible journalism unjustly damaged the reputations of many innocent individuals and the University of Virginia. Rolling Stone falsely accused some University of Virginia students of heinous, criminal acts, and falsely depicted others as indifferent to the suffering of their classmate. The story portrayed University staff members as manipulative and callous toward victims of sexual assault. Such false depictions reinforce the reluctance sexual assault victims already feel about reporting their experience, lest they be doubted or ignored.

That is not what Sullivan was saying last November when she immediately sprang into action after Rolling Stone published its ill-fated “A Rape on Campus” story. Instead of questioning the story from the beginning – as many other clear-thinking people had done – Sullivan, who participated in the story’s creation through her conversations with the article’s author, Sabrina Erdely, verbally

attacked the campus fraternities and announced a number of new university policies designed supposedly to curb the alleged avalanche of sexual assault at Thomas Jefferson’s university.

In that regard, Sullivan channeled the actions of Duke President Richard Brodhead after the first stories appeared claiming that three Duke lacrosse players raped black stripper Crystal Mangum at a team party in March, 2006. Like Sullivan, Brodhead jumped into action, empowering the accuser with a number of inflammatory statements aimed at the players and their families, suspending the lacrosse season (at a time when the team was ranked number one in the nation), and ensuring that the considerable influence of Duke University would be used to help indict and condemn the embattled student-athletes. Like Rahm Emmanuel, these are people in authority who do not let a good crisis go to waste.

Since I am not privy to the conversations that Erdely and Sullivan had last year while Erdely was preparing her short story, I don’t know if Sullivan challenged Erdely, or if the discussions were

more like strategy sessions (I suspect the latter, although I say so out of pure speculation). I have doubts that Sullivan was skeptical or that she reminded Erdely that the story would make some fantastic accusations against UVA students.

Furthermore, in the immediate aftermath of the story’s publication, Sullivan demonstrated a willingness to believe (without proof other than the word of “Jackie,” who is a serial liar) that three “friends” of “Jackie,” after seeing her returning from a “date” covered in blood, glass shards sticking into her, and having torn clothing, declared that the males who allegedly did it must be “hot” and then would discourage her from going to the police. This defies the imagination, and even though modern campus life meets pretty low standards, this one truly is unbelievable.

At very best, Sullivan was duped. At the worst, she saw this as a deus ex machina moment, the Golden Opportunity for her to impose an agenda that never would be accepted without something to help create a crisis.

Sullivan’s words defending UVA ring hollow, to put it mildly. She was not willing to stand up for accused students before, and it is clear she not only rushed to judgment, but she did so in a way

that demonstrated there could be no doubt that “Jackie’s” account was word-for-word true. Like Brodhead at Duke nine years ago, she jumped in feet first without any public questions of whether or not such a fantastic account even was true.

While Sullivan no doubt wants to portray herself as the heroic advocate of the rights of harassed and embattled females, there is something perverted about a person wanting to work at a place where women regularly are brutally raped, the students stay drunk, and students are indifferent in the extreme to an 18-year-old female who has gone through a harrowing experience that in any culture and any setting would create a flurry of outrage. Lest one think I exaggerate, here is part of Erdely’s account of what “Jackie” told her as recounted by the Columbia Journalism Review report:

On July 14, Erdely phoned her. Jackie launched into a vivid account of a monstrous crime. She said, according to Erdely’s notes, that in September 2012, early in her freshman year, a third-year student she knew as a fellow lifeguard at the university’s aquatic center had invited her to “my first fraternity party ever.” After midnight, her date took her upstairs to

a darkened bedroom. “I remember looking at the clock and it was 12:52 when we got into the room,” she told Erdely. Her date shut the door behind them. Jackie continued, according to the writer’s notes:

My eyes were adjusting to the dark. And I said his name and turned around. … I heard voices and I started to scream and someone pummeled into me and told me to shut up. And that’s when I tripped and fell against the coffee table and it smashed underneath me and this other boy, who was throwing his weight on top of me. Then one of them grabbed my shoulders. … One of them put his hand over my mouth and I bit him – and he straight-up punched me in the face. … One of them said, ‘Grab its motherfucking leg.’ As soon as they said it, I knew they were going to rape me.

The rest of Jackie’s account was equally precise and horrifying. The lifeguard coached seven boys as they raped her one by one. Erdely hung up the phone “sickened and shaken,” she said. She remembered being “a bit incredulous” about the vividness of some of the details Jackie offered, such as the broken glass from the smashed table. Yet Jackie had been “confident, she was consistent.”

The CJR report goes on to say that “Jackie” was unable to answer some basic questions, such as the name of her lifeguard assailant, as well as other key points of her narrative, and even Erdely was

Sullivan apparently never questioned what Erdely wrote, an assessment demonstrated by Sullivan’s initial reaction when RS published the story. Indeed, the story provided Sullivan with an opportunity, a crisis that demanded immediate action. One is reminded of Macbeth’s killing of Duncan’s two guards right after Duncan’s body is discovered (Macbeth having murdered the king, himself). Likewise, we see Sullivan as having gone along with Erdely’s story and narrative, not caring if it were true or not, but seizing the moment when the crisis erupted. 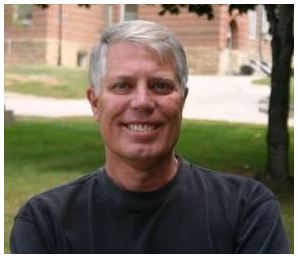 In the aftermath of Rolling Stone’s meltdown, I am sure that Sullivan will portray herself as a victim of the dishonest “journalism” that defamed both her university and the students in Erdely’s story. Sullivan, however, is no victim. The scam that gave her presidency new blood and new powers is the same scam that Sullivan helped to create and nurture.

Yes, Sullivan is shocked, SHOCKED that Sabrina Erdely would write a story that was demonstrably false, a story that slandered many people at the University of Virginia. Sullivan also knows that this faux crisis just helped to cement her job security, and one wonders if she secretly has sent Erdely and Jann Warner (publisher of Rolling Stone) notes thanking them for ensuring that she has lifetime employment as president of one of the most prestigious public universities in the world.

Like her fellow president at Duke, Richard Brodhead, Theresa Sullivan is like the volunteer firefighter who turns arsonist in order to have an opportunity to fight more fires. Sullivan helped to burn down UVA and now is trying to fight the fire she had the role in starting and apparently no one in academe notices that her clothes smell a lot like gasoline.