To be sure, the good folks at Santander Consumer and American Credit Acceptance (among others) are doing everything they can possibly do to get underqualified borrowers into used cars even if it means extending terms that will land some of these proud new owners in vehicles they absolutely cannot afford given their financial circumstances. This is all made possible of course by the Wall Street securitization machine which has churned out some $5 billion in subprime auto-backed issuance YTD, with a recent deal from Santander Consumer (DRIVE 2015-A) marking the lender’s return to the frightening world of “deep” subprime. As a reminder, here are two recent ABS deals which epitomize what’s wrong with this industry:

Despite the fact that most mainstream commentators are in a complete state of denial about the space — with some anchors on everyone’s favorite “we don’t need Nielsen” financial network even going so far as to suggest viewers should try to arbitrage the difference between the rate you can get on an auto loan and the presumably higher returns you might be able to achieve in the stock market — some observers are playing spoiler including Goldman Sachs and the government. Here’s Deutsche Bank on the latter:

On March 26, the FTC announced six enforcement actions as part of their nationwide crackdown on deceptive practices in auto sales and lending, known as Operation Ruse Control. These actions were focused on auto dealerships and include both criminal and civil charges related to deceptive advertising, auto loan application fraud, odometer fraud and deceptive marketing of car title loans, among others. While CFPB doesn’t have jurisdiction over auto dealerships, FTC does, and we expect to see more of these actions as auto lending, especially in the subprime space, continues to garner scrutiny in the popular media.

And as a reminder, here’s what Goldman had to say recently about the market in general:

Based on our channel checks with US dealers we think GM and Chrysler have the highest share of sales coming from subprime loans at 14% and 15%.

We conclude that GM and Chrysler are the most vulnerable among OEMs with potential EBIT headwinds of 7%.

We believe the challenge for automakers will be how they go about unearthing new opportunities to expand in a low-growth climate without a bubble forming in the US auto market. Drawing on past experience, we think risk of significant defaults will be averted by limiting sales to subprime borrowers. However, our base case is that US auto car sales for 2015 will be flat as a side effect of these actions.

Given all of this — and despite the fact that Santander’s latest ABS deals seem to suggest that  not having a FICO score not only isn’t an impediment to getting a car loan, but in fact isn’t even a stumbling block when those loans are packaged and brought to market — lenders just don’t feel like they have enough leeway when it comes to extending credit to people who probably shouldn’t be borrowing money. Here’s WSJ:

Millions of Americans unable to obtain credit cards, mortgages and auto loans from banks will receive a boost with the launch of a new credit score aimed at consumers regarded as too risky by lenders.

The new metric, set to be announced as soon as this week, is being developed by Fair Isaac Corp., creator of the most widely used consumer-credit scores, and is being tested in a pilot phase with credit-card issuers. Fair Isaac said it hopes to make as many as 53 million people who don’t have credit scores more acceptable to lenders.

People without scores in most cases don’t use debt either by choice or because a negative credit event, such as a bankruptcy, foreclosure or a collection account, has shut them out of mainstream borrowing.

The new score is largely a response to banks’ desire to boost lending volumes by increasing loan originations to borrowers who otherwise wouldn’t qualify, many of whom tend to be charged more for loans. But the new yardstick will also throw a spotlight on consumers who often are deemed riskier than the rest of the population and could saddle banks with losses if they fail to make good on their loans. 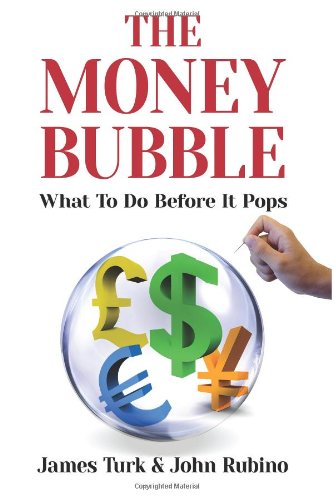 The new score, which isn’t yet named, will be calculated based on consumers’ payment history with their cable, cellphone, electric and gas bills, as well as how often they change addresses and other factors, according to Fair Isaac, also known as FICO. Traditional FICO scores that lenders use in the approval or rejection process are calculated based on the information in the credit reports from the three major credit-reporting firms,Equifax Inc.,Experian PLC and TransUnion.

The new score will instead pull data from a separate database of telecommunications and utilities providers maintained by Equifax. It also will incorporate data from a LexisNexis database, including how often people change addresses, with frequent changes suggesting less stability.

We suppose this was the logical next step for Fair Isaac given that the idea of what we called the non-GAAP FICO was floated back in August of last year as a way making ineligible borrowers suddenly eligible by way of simply not counting all of the bad stuff. Here’s a recap:

According to the WSJ, in what is a desperate attempt to boost the pool of eligible, credit-worthy mortgage recipients, Fair Isaac, the company behind the crucial FICO score that determines every consumer’s credit rating, “will stop including in its FICO credit-score calculations any record of a consumer failing to pay a bill if the bill has been paid or settled with a collection agency. The San Jose, Calif., company also will give less weight to unpaid medical bills that are with a collection agency.”

Apparently those measures weren’t sufficient to boost the credit profiles of many of America’s underbanked citizens so it was necessary to get more creative in order to ensure lenders could continue to feed auto and consumer loan ABS securitizations and in the end it appears as though when gaming and goal seeking the old score didn’t do the trick, the decision was made to simply create a new score based on whether or not prospective borrowers have managed to keep the lights and the gas heat on (so we assume most of Eastern Ukraine is out).

You can trust that it will only be a matter of time before these loans end up cobbled together in billion dollar ABS issues as well, and in a NIRP world where saving money costs you money, you can bet investors will be happy to take out the mezz tranches for a few hundred basis points of yield.

Previous article by Tyler Durden: Where Not To Hide in a Zombie Apocalypse

Central Banking Refuted in One Blog Celebrities Are Useful Idiots