I’m From A Government Lab, And I’m Here To Help You

The recent release of deadly bacteria from Tulane National Primate Research Center 35 miles from New Orleans, and located near a school and a residential area, is yet another high-profile incident involving a government laboratory or a facility funded by the federal government.

An investigation conducted by USA Today has determined that “despite weeks of investigation by multiple federal and state agencies, the cause of the release and the extent of the contamination remain unknown.”  This latest incident may have occurred sometime in the fall during research to develop a vaccine against Burkholderia pseudomallei, a potential bioterror agent — the bacteria that was released, at a biosafety level 3 laboratory.  The Tulane facility is one of eight National Primate Research Centers, which are “funded by the U.S. Public Health Service, including most of the NIH categorical institutes.”

This is just the most recent such incident.  In fact, Congress held hearings on this issue in the summer of last year.  The focus was on how various government agencies, such as the CDC, NIH, FDA, and USDA are releasing, exposing others to, or otherwise mishandling such deadly substances as anthrax, smallpox and H5N1.  The NIH declared September National Biohazard Stewardship Month.  During National Biohazard Stewardship Month, the NIH discovered “forgotten” samples of ricin, as well as “pathogens that cause botulism, plague, tularemia and … melioidosis.”  The FDA discovered improperly stored staphylococcus enterotoxins at a CFSAN facility. 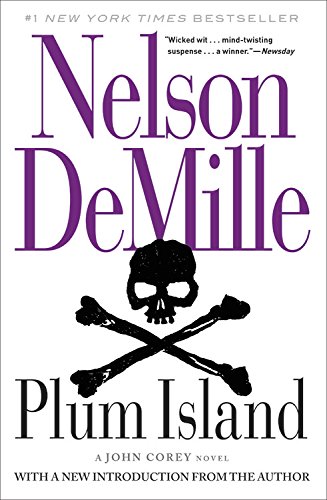 Since at least 2004, the Department of Homeland Security began plans to close down its Plum Island Animal Disease Center of New York, which used to be a biological warfare research facility run by the Army.  The DHS considered relocating this island facility to a number of locations in America’s heartland.  The new National Bio and Agro-Defense Facility is scheduled to open in 2023 in Manhattan, Kansas “adjacent to the Kansas State University campus.”  Like the Tulane facility (and the private facility where the Reston virus “Hot Zone” incident occurred), this will be located next to populated areas.

Shortly before Christmas, “a laboratory mistake at the Centers for Disease Control and Prevention may have exposed a technician to the deadly Ebola virus.”

Earlier this year, the government granted CDC scientist Dr. William S. Thompson whistleblower immunity after he claimed that information was “intentionally omitted … in a study that could have shown a race-based link between vaccines and childhood diseases including autism.”

These are of course not the only kind of government labs that have been having issues.  In April of 1997, Inspector General of the Department of Justice “found ‘serious deficiencies’ involving errors in court testimony by lab examiners, substandard analytical work and flawed management policies at three of the FBI’s … specialized crime labs.”  Among other things, FBI’s handling of evidence in such cases as the Oklahoma City and the 1993 World Trade Center bombings was criticized.  The investigation came about as a result of a whistleblower, Frederic Whitehurst, Supervisory Special Agent in the FBI Crime Lab.  In 2003, an investigation by the Associated Press showed that “the FBI lab, which reformed itself after a mid-1990s scandal over bad science, is grappling with new problems that have opened its work on lead bullets and DNA analysis to challenges … .”  The IG began an investigation, which eventually broadened to the FBI’s DNA analysis unit.  In May of 2003, a man who spent 10 years in prison had his conviction overturned “because an FBI scientific expert gave inaccurate testimony and withheld evidence.”  In the summer of 2003, the FBI’s Office of Professional

Responsibility began investigating its crime lab’s chief of scientific analysis, Steven Burmeister, regarding his conduct in the Oklahoma City bombing case.  Burmeister initially claimed that the crime lab mishandled evidence, but then retracted that statement, allegedly under pressure.  In July of 2014, it was revealed that the task force the Department of Justice created in 1996 to identify cases involving “fabricating evidence and reaching conclusions unsupported by science” and other mishandling by the FBI acted very slowly.  A number of defendants were never informed that their convictions were based on such evidence, and at least 3 death row inmates were executed before they could be informed of this.  “Nearly every criminal case reviewed …  as part of [an] investigation started in 2012 of problems at the FBI lab has included flawed forensic testimony from the agency.”  The FBI then stopped the review of its hair and fiber analysis unit until the July 2014 report came out.

In November of 2014, charges against several defendants were dismissed and prison sentences were vacated as a result of an FBI agent allegedly “tampering with drug and gun evidence.”  In December of 2014, an audit revealed that “F.B.I. agents in every region of the country have mishandled, mislabeled and lost evidence.”  Also in December, a General Accounting Office inquiry found that the “FBI’s genetic tests didn’t nail anthrax killer.”  This corroborated prior investigations that found problems with how the FBI and its lab concluded that Bruce Ivins was the Amerithrax killer.

Perhaps the next time someone states that we must always only look to the federal government when truly important matters of science, safety, objectivity, justice, national security and transparency are concerned, one may take a pause, and consider these (and other similar) cases.

Felix Bronstein is an attorney.

The Guy’s Guide to LumberThe Fix Is in