Some time ago, burglars in England scrawled a message on the wall of a home they had looted: “RICH BASTARDS.”

Those two words captured the spirit of the politicized vision of equality — that it was a grievance when someone was better off than themselves.

That, of course, is not the only meaning of equality, but it is the predominant political meaning in practice, where economic “disparities” and “gaps” are automatically treated as “inequities.” If one racial or ethnic group has a lower income than another, that is automatically called “discrimination” by many people in politics, the media and academia.

It doesn’t matter how much evidence there is that some groups work harder in school, perform better and spend more postgraduate years studying to acquire valuable skills in medicine, science or engineering. If the economic end results are unequal, that is treated as a grievance against those with better outcomes, and a sign of an “unfair” society.

The rhetoric of clever people often confuses the undeniable fact that life is unfair with the claim that a given institution or society is unfair.

Children born into families that raise them with love and with care to see that they acquire knowledge, values and discipline that will make them valuable members of society have far more chances of economic and other success in adulthood than children raised in families that lack these qualities.

The fatal fallacy, however, is in collecting statistics on employees at a particular business or other institution, and treating differences in the hiring, pay or promotion of people from different groups as showing that their 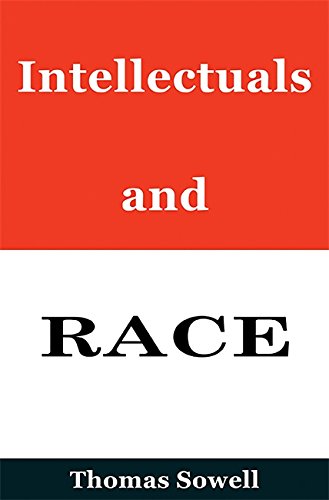 employer has been discriminating.

Too many gullible people buy the implicit assumption that the unfairness originated where the statistics were collected, which would be an incredible coincidence if it were true.

Worse yet, some people buy the idea that politicians can correct the unfairness of life by cracking down on employers.

But, by the time children raised in very different ways reach an employer, the damage has already been done.

What is a problem for children raised in families and communities that do not prepare them for productive lives can be a bonanza for politicians, lawyers and assorted social messiahs who are ready to lead fierce crusades, if the price is right.

Many in the media and among the intelligentsia are all too ready to go along, in the name of seeking equality. But equality of what?

Equality before the law is a fundamental value in a decent society. But equality of treatment in no way guarantees equality of outcomes.

On the contrary, equality of treatment makes equality of outcomes unlikely, since virtually nobody is equal to somebody else in the whole range of skills and capabilities required in real life. When it comes to performance, the same man may not even be equal to himself on different days, much less at different periods of his life.

What may be a spontaneous confusion among the public at large about the very different meanings of the word “equality” can be a carefully cultivated confusion by politicians, lawyers and others skilled in rhetoric, who can exploit that confusion for their own benefit.

Regardless of the actual causes of different capabilities and rewards in different individuals and groups, political crusades require a villain to attack — a villain far removed from the voter or the voter’s family or community. Lawyers must likewise have a villain to sue. The media and the intelligentsia are also attracted to crusades against the forces of evil.

But whether as a crusade or a racket, a confused conception of equality is a formula for never-ending strife that can tear a whole society apart — and has already done so in many countries.

Previous article by Thomas Sowell: A Year of Anniversaries