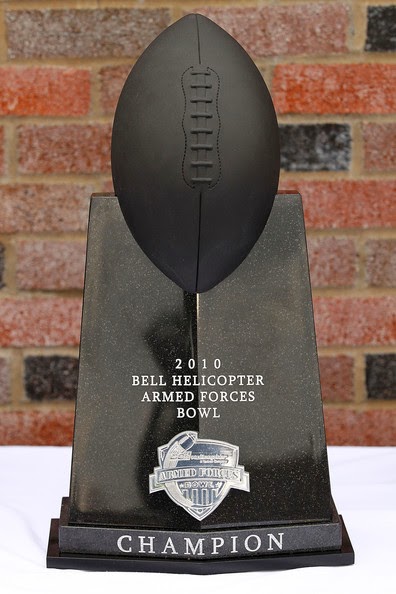 I’m an avid college football fan. It is the only sport I take the time to watch. Of course, the holiday season means college football bowl season and lovers of the game, like me, just had about a three-week-long buffet of bowl games to feast on.

State propagandists love using sports as a platform for their misinformation. Though this doesn’t seem to be as prevalent in college sports as much as the professional, college football is certainly not immune from this affliction.

One such event is the “Military Bowl, Presented by Northrop Grumman.” Essentially, a football game is hijacked into being a celebration of state tyranny and it’s obedient hired killers and sponsored by an organization of war whores who profit off their bloody imperialism. What’s not to like, if you’re a blood-thirsty nationalist who gets goose bumps at the sight and sound of death planes flying overhead in salute to the King. Right?

And I must also mention that the game takes place in the home stadium of one of the empire’s key terrorist compounds–the US Naval Academy in Annapolis, MD.

Despite the ugly and depressing setting, I was intent on watching the game and doing my best to avoid the surrounding brainwashing.

The first thing I did was avoid watching the pre-game ceremony. In even your typical football game, this part of the event is rarely anything but a brief, though intense, worship service, hailing the divine state. I’m sure this particular event took that adoration to a new level. (Here’s a video of last year’s)

This brings us to the Armed Forces Bowl in Ft. Worth, Texas, sponsored by Lockheed Martin, another enabler of worldwide, US-sponsored havoc. I again avoided the pre-game baptism. I’m assuming the rotten weather prevented a death plane flyover (The Rose Bowl in Pasadena was not so lucky). But while watching the game, I was suddenly repulsed at the view of the bowl’s trophy to be awarded to the victorious team.

Some of the broadcasts of other games I watched showed the trophy during the game. Most were quite beautiful and creative, some even inspiring. But the trophy for the Armed Forces Bowl created a quite different response . The image here is of the 2010 bowl, but this year’s version shown on the broadcast looks exactly the same.

Have you ever seen an uglier or more depressing trophy? Notice how it reflects virtually no light at all. Appropriate, don’t you think, for an organization that offers not enlightenment and life but darkness and death?

But it does reflect the demonic values of the death cult it honors. Notice the sickly, grey tones reminiscent of a rotting corpse. The marble like finish brings to mind rows and rows of grave markers and the stout, structural stones used to build state temples and war monuments honoring human sacrifice.

Trophies are meant to be an artistic celebration of some positive, human achievement. The “artist” who created this monstrosity seems hell bent on inspiring all the fun and merriment of a mournful wake.

Its plain, monochrome appearance closely resembles the grave stone the military sent for my late father (a WWII draftee). All it said was “Richard Young- US Army.” As if that was the only worthwhile thing he ever did (even though he, mercifully, was only a member for about a year) and that they not only owned him in life but for all eternity.

I now respond in voice and print to such nonsense with a quick, concise comment that the boobeoisie will understand. I believe it an appropriate response to such an obscene institution that is destroying such a beautiful game:

For those of you who wish to match the vulgarity of war (and those who promote it) with equally obscene language, you may wish to use a different F-word.

Use either if you, like me, are repulsed, annoyed, and no longer willing to tolerate such harassment and willful destruction of such an entertaining game–for both the participants and the audience. The state sticks its bloody nose in nearly every human activity in order to steal, kill, control, and propagandize. Sports is certainly one activity where this unwelcome visitor needs to be evicted.

The Best of Roger Young

Roger Young [send him mail] writes from US occupied Texas and has a blog.