Gerhard Wisnewski is a German writer of non-fiction books and articles. He writes in the German language and his books are widely read in the German-speaking countries. He has written a number of successful books, many of them dealing with what are popularly termed conspiracy theories. One of his recent books, entitled Das Titanic Attentat (“The Titanic Murder”), is about the sinking of the Titanic in April, 1912. Unlike some of his books, it is not available in English translation but is definitely worth reading if you know German.

According to the conventional version, the mighty but overconfident Titanic accidentally struck an iceberg in the North Atlantic on its maiden voyage from Europe to New York. The collision tore a hole in the ship’s hull and caused it to sink with a huge loss of life. For a long time, it was difficult to challenge this official version because the best evidence, the sunken ship itself, had permanently settled in one of the deepest areas of the Atlantic Ocean, too deep to be accessible to investigators. (Incidentally, if the Titanic had sunk just a few miles to the west of where it actually sank, it would have wound up in much shallower waters where it would have been possible, 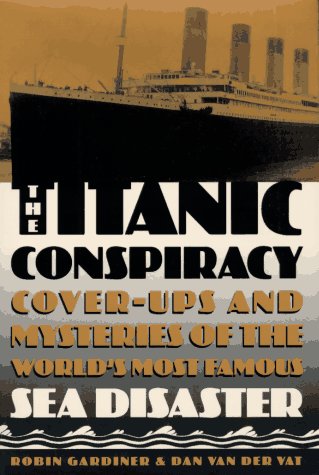 even in 1912, to get to the wreckage.) Advancements in technology, however, finally made it possible to reach the Titanic in 1985 and to photograph and otherwise examine the wreckage. The new evidence that has emerged from this and from other sources has prompted Wisnewski to rethink the traditional story and to raise some disturbing questions.

There was an official government investigation on each side of the Atlantic Ocean, one British and the other American, yet neither investigation raised much less answered any of these questions. When interrogated during the official investigations, crew members were remarkably ignorant regarding important aspects of their ship. If they gave any answers at all, they made sure that they were as short as possible, and they never went out of their way to say anything more. Judging from the statements of the crewmembers to the investigators, the White Star Line had built one of the most magnificent cruise ships in the world only to hire some of the most incompetent people in the world to sail it. And in spite of the fact that approximately 1500 persons died in the disaster, there was no criminal investigation whatsoever. 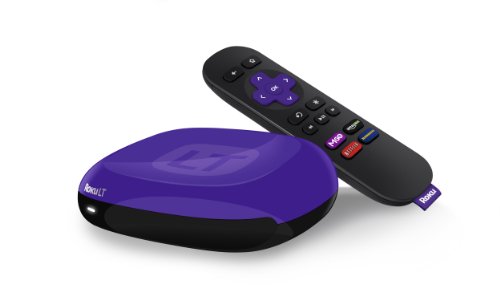 So if the official version of what happened to the Titanic is incorrect, then what is the correct version? According to Wisnewski, the whole story began when the noted financier, J.P. Morgan, with the encouragement of President Theodore Roosevelt, bought the White Star Line from British owners in 1902. The British Government was none too pleased that a foreigner was buying the White Star Line, but was not able to prevent Morgan’s working his way around British regulations designed to prevent foreigners from purchasing it. The reader might wonder why the British Government would even care whether or not a British citizen owned the White Star Line. Unlike five-star restaurants and luxury resorts, however, luxury liners have military value. The British Government thought that a war might break out (which of course did happen in 1914), and it wanted to be able to take charge of huge vessels like the Titanic so that it could move large numbers of soldiers quickly and without the need for naval escort. The British Government had already commandeered luxury liners during the Crimean War, would so again during the Second World War and yet again during the Falklands War. (According to Winston Churchill, the availability of luxury liners shortened the Second World War by about one year.) For this reason, the British Government wanted the White Star Line to remain under the ownership of British citizens, though not necessarily under the immediate control of the British Navy.

After it passed into the hands of J.P. Morgan, the White Star Line announced an ambitious program consisting in the construction of three magnificent luxury passenger liners to be known collectively as the Olympic Class. These three liners were to be named the Olympic, the Titanic, and the Gigantic, and were to be built in that order. Unfortunately, less than a year after the Olympic, the first of the three liners, was finally launched on October

20, 1910, it met with a terrible accident. On September 20, 1911, just as the Olympic was leaving Southampton harbor on the south coast of England, it collided with the Hawke, a British navy cruiser. Inasmuch as the Hawke was a military vessel specially designed to ram enemy ships, it is no wonder that it inflicted massive damage on the Olympic. Morgan may even have suspected that the collision was not an accident at all. As we have seen, the British Government had motive to damage the Olympic, and if it had deliberately intended to do so, there was certainly no vessel better equipped to do the job than the Hawke. Inasmuch as the matter fell under British jurisdiction, the furious Morgan had to go to British courts to get justice. Unfortunately, these ruled that the Olympic rather than the Hawke had been at fault. This not only made it impossible for Morgan to collect compensation from the British Government, but also complicated Morgan’s efforts to collect compensation from his own insurance company. So what to do? It was only a matter of a little time before a mandatory routine inspection in either Europe or North America showed that the Olympic had sustained so much damage at the hands of the Hawke that the White Star Line would have to write it off as a total loss. So J.P Morgan needed to act quickly.

Now it happened that around this time, construction was nearing completion on the second liner in the Olympic Class, the Titanic, an identical sister ship to the Olympic. According to Wisnewski, J.P. Morgan came up with a diabolical plan. He started by being careful not to make public the extent of the damage to the Olympic. He then greatly increased the insurance on the Titanic just a week before its maiden voyage to $12.5 million, $2.5 million more than it had cost to build. Morgan next ordered the identities of the Olympic and the Titanic secretly switched. The damaged and largely worthless Olympic was renamed the Titanic, and the brand new Titanic was renamed the Olympic. The ship that was now named the Titanic, but which had originally been named the Olympic, then embarked on what was sold to the unsuspecting public as the maiden voyage of the Titanic. On that voyage, Captain Smith deliberately sailed into an area of the Atlantic Ocean that he knew was filled with icebergs, and destroyed his ship by means that are not entirely clear, but which probably involved some sort of explosion in one of the coal bunkers. The claim of the White Star Line that the ship had accidentally sunk as a result of a collision with an iceberg initially seemed believable, especially because some crewmembers did claim to

The best eyewitnesses would of course have been Captain Smith, his two assistants, and the chief architect of the ship, all of whom were on board. But none of these four men could testify because they had all drowned. At least that is what everybody believed. But there is reason to be suspicious. For one thing, none of their bodies were ever recovered. For another, Peter Pryal, a sailor who had served under Captain Smith on many other voyages over a period of almost 20 years, claimed that he saw and spoke with Captain Smith on a street corner in downtown Baltimore on two successive July days several months after Smith had supposedly drowned.  Could Pryal have been suffering from delusions, perhaps brought on by alcohol? Not likely. On the written testimony of his physician, Pryal was of sound mind and had no history of alcohol abuse. Moreover, it is known that Captain Smith had a nephew in Baltimore, who incidentally soon disappeared.

J.P. Morgan appeared innocent of any wrongdoing because after all he had booked passage on the Titanic himself and canceled only at the last minute because of illness, or so he said. (He later returned to the United States aboard the ship known as the Olympic, which, according to Wisnewski, was really the Titanic.) But there is reason to believe that Morgan may have known even when he booked his reservation that he would never actually board the ship. For one thing, it is doubtful that there was any last-minute illness at all. A New York Times correspondent, who saw Morgan at his seventy-fifth birthday party just two days after the Titanic sank, found Morgan looking very well and showing no signs of illness. Moreover, a glance at Morgan’s travel itineraries during previous years raises further doubts about his real intentions. These itineraries showed that year after year Morgan

followed a fairly predictable pattern by spending the spring season in France and returning to the United States in the summer. He almost always celebrated April 17, his birthday, in Aix-les-Bains (near Lyon), arriving there almost every year on exactly the same day on exactly the same train. If what Morgan had done in most previous years were any indication of what he intended to do in 1912, Morgan intended to be in Aix-les-Bains rather than on the Titanic on April 17.

The possibility that Morgan had never intended to board the Titanic at all is given additional weight by the fate of the paintings that he had purchased in Europe. Morgan had been an avid art collector with deep pockets who frequently purchased expensive works of art during his vacations in Europe and then took them on board with him when he sailed back to the United States. If J.P. Morgan canceled only at the last minute because of unexpected illness, then his art would most likely have already been on board and would have gone down with the ship. But Morgan’s art survived because he had never placed it on board the Titanic in the first place.

Advancements in deep sea technology are making it possible to probe more and more deeply into this mystery. In recent times, for example, investigators have started to focus their attention on the four-foot-high iron letters on the bow of the ship that spell out “Titanic.” From the preliminary examination of this lettering, it appears as though these letters were fastened on top of still other letters, suggesting that the ship may once have had another name. Two of the letters have fallen off the wreck and probably disappeared forever. Underneath these letters are the letters M and P, letters which could have helped to spell out “Olympic.” Unfortunately, the other letters are rather difficult to decipher and could be interpreted in any number of ways.

As technology progresses, we may someday know the full story of the Titanic disaster. It goes without saying that if Gerhard Wisnewski’s suspicions turn out to be correct, the reputation of J.P. Morgan will be forever destroyed.

The Best of Christopher Condon

Christopher Condon [send him mail] lives in The Woodlands, Texas, just outside Houston.

Previous article by Christopher Condon: Was There an Ancient Civilization on Antarctica?