Darren Wilson and the Reality of "Blue Privilege"

“Any time I’m involved in an officer-involved shooting, be it a fatal one or non-fatal, it is always during my initial investigation listed as an assault on law enforcement,” explained the St. Louis County Police Detective who inaugurated the investigation of the Michael Brown shooting. “Officer Wilson … was the victim of the assault we were investigating.”

Once it had been established that the living, armed individual was the “victim” and the dead, bullet-ridden body had belonged to the “assailant,” continued the detective in his September 3 grand jury testimony, “One of the sergeants with Ferguson [gave] me a brief walk-through to start my investigation so I [could] have a logical starting point from where I would start my video, photographs, and looking for evidence.”

That unnamed sergeant, most likely, was the supervisor who had told Darren Wilson to leave the scene after the shooter told him that Brown had tried to take his gun.

From its inception, the shooting of Michael Brown was not investigated as a potential criminal homicide, and the inquiry was an exercise in validating the killer’s story, rather than testing it against the available evidence.  The assumption was that killing was part of his job description – or, as Wilson has subsequently told George Stephanopoulos, “I did what I was paid to do.”

If Wilson had been a member of the productive class, rather than a state employee licensed to dispense aggressive violence, he would have been presumed legally innocent, but required to justify his actions. Because of his occupation, however, Wilson was considered both legally innocent and presumptively correct, and the investigation became an exercise in justifying the shooter’s actions, rather than an inquiry into their propriety.

Most importantly, if Wilson had been treated as a homicide suspect, rather than the “victim” of an “assault on law enforcement,” he

would not have had the luxury of composing his story at leisure, in consultation with his attorney, to fit the facts as they emerged from the investigation.

“When you got back to the police department, after you washed off and everything, did you ever think at what time that I needed to write a report while it is fresh in my mind?” asked assistant St. Louis County prosecutor Kathi Alizadeh.

“No,” Wilson replied. “The protocol is whenever you are involved in a significant use of force, that you contact your FOP [Fraternal Order of Police] representative and then he will advise you of what to do step by step because they are the clear head in that situation. They have not been through a traumatic experience.” (See the transcript of Darren Wilson’s grand jury testimony, pages 77-78.)

When the shooter is a Mundane – that is, a common citizen, rather than a police officer – he may be similarly traumatized, but he can’t count on the “step-by-step” guidance of clear-headed police officers who have identified him as the victim. One of the first priorities for investigators in non-“officer involved” shootings is to get the original story from the shooter, and compare it against the evidence. As a police officer, however, Wilson wasn’t required to make an initial statement of any kind – either in an incident report, or to any of the investigating officers

Asked by Alizadeh if he had committed his recollections to paper in a diary or journal, Wilson replied: “My statement has been written for my attorney.”

“And that’s between you and your attorney, then?” asked the unusually helpful prosecutor, who received an affirmative reply.

“So no one has asked you to write out a statement?” the assistant DA persisted.

“No, they haven’t,” Wilson acknowledged. He made one brief reference to speaking with a detective while in the hospital, but that communication was protected by Wilson’s “Garrity” privileges, which means that it could be used only for the purposes of an internal

investigation, not in a criminal or civil proceeding.

In his November 24 press conference, St. Louis County DA Robert McCulloch made conspicuous mention of the fact that some witnesses had changed their testimony once their original story was found to be in conflict with subsequently discovered evidence. This is something that happens frequently to homicide suspects, as well. Wilson was never in danger of being caught in that contradiction because he was not treated as a suspect, nor was he required to make a statement to criminal investigators.

During Wilson’s examination before the grand jury, McCulloch’s deputy prosecutors were gentle and deferential, rather than being adversarial. This is to be expected, given that this was a conversation among colleagues. 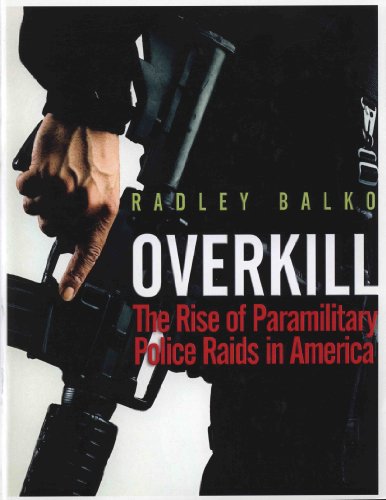 At several points in his testimony, Wilson made statements that a motivated prosecutor would have aggressively pursued. For example: Wilson – who at 6’4” and roughly 225 pounds is no small man – said that when he grappled with Brown, he felt like a “five-year-old” who was trying to restrain “Hulk Hogan.” He likewise claimed that he had been struck twice by Brown with such force that he was concerned a third blow would be “fatal” – yet the medical examination displayed no evidence of corresponding trauma to his face.

Wilson didn’t explain how the right-handed Michael Brown could have punched the right side of his face while the officer was sitting in the driver’s side of his vehicle. Although Wilson claimed that the initial blows were inflicted while Brown was holding stolen cigarillos in his right hand, no broken cigars were ever recovered, either in the SUV or the surrounding area. The stolen cigars were not found by the medical examiner who arrived on the scene after the shooting. (Interestingly, that examiner never took photos of the deceased, because “My battery in my camera died,” nor did he take any measurements at the crime scene.)

A well-known and highly respected forensic analyst and expert witness on biomechanics and accident reconstruction takes note of several points the prosecution either ignored or minimized to the point of invisibility.

“The big issue as I see it, is how do the cops justify provoking a lethal confrontation with a kid over some damned cigarillos?” the analyst pointed out in an email to me. “Why not wait for ample backup and use non-lethal methods to subdue and arrest for shoplifting? This of course assumes grounds for an arrest. Why were the alleged cigarillos not found? And what did the DA mean when he stated on TV that Brown’s body was on the road 150 feet from the police car? How does an unarmed kid that far away with no weapons constitute an immediate threat to life?”

He also underscores the fact that the unarmed pedestrian Brown, rather than Wilson, may have had the stronger case for self-defense:

“As for what supposedly went on in the passenger compartment with the alleged grabbing of the cop’s arm – this is “consistent with” a kid whose life was threatened by an overly aggressive cop with a gun aimed at him and where the kid was so terrified of an immediate shooting that he felt compelled to take preemptive action to protect himself by disarming the cop.”

If Darren Wilson had been part of the wealth-producing class, as opposed to an armed emissary of the tax-consuming elite, those questions most likely would have been examined in a criminal trial. But, once again, owing to his occupation, this was never going to happen.

Robert McCulloch has a well-earned reputation for deference to the police, and a well-established habit of justifying every use of lethal force, no matter how questionable. Rather than simply seeking an indictment, McCulloch presented the case for the “defense” as well – a characterization that is an odd fit here, given that Wilson – it bears repeating – had been treated as the “victim” in this incident from the beginning.

“Had the prosecution desired an indictment against Ferguson Police Officer Darren Wilson, the presentment would have taken an hour, maybe two, and there would have been a true bill by close of business the next day, well before Michael Brown had been laid to rest,” points outattorney and civil rights advocate Scott Greenfield. “The grand jury isn’t the venue to present `all the evidence.’ That’s what trials are for. The grand jury serves a very limited function, to determine whether sufficient evidence exists so that there is probable cause to proceed to trial.”

A great deal of the media coverage has referred to the Grand Jury’s decision as a “verdict,” which is both technically incorrect and substantively true: Rather than seeking probable cause to indict Wilson, McCulloch and St. Louis County law enforcement built a case to convict Michael Brown of “an assault on law enforcement.”

Given the ambiguity of the evidence, Darren Wilson as a private citizen likely would not have been convicted of murder if the case had gone to trial, but a conviction on a lesser count would be a possibility. Under Missouri’s constitutionally perverse statute dealing with police homicide – which has been criticized by former federal judge Paul Cassell, who is broadly indulgent of killer cops – Officer Wilson was never in danger of being convicted of a crime.

It is not necessary to believe that Michael Brown was the embodiment of winsome innocence (it’s pretty clear that he was not) to take issue with the architecture of official privilege that protects Darren Wilson – and the other armed representatives of the political class – from accountability. The problem, in a single phrase, isn’t “white privilege,” but rather “blue privilege.”

Edmund Burke could have had this case in mind when he wrote these lines from his neglected essay “A Vindication of Natural Society”:  “In a State of Nature, it is true, that a Man of superior Force may beat or rob me; but then it is true, that I am at full Liberty to defend myself, or make Reprisal by Surprise or by Cunning, or by any other way in which I may be superior to him. But in Political Society … if I attempt to avenge myself, the whole Force of that Society is ready to complete my Ruin.”

Previous article by William Norman Grigg: The Perverse Ingenuity of the Police State