An Armed Society is a Riotless Society

So, when Ferguson got the grand jury ruling they didn’t like, they showed how interested they were in justice by burning down the businesses of people that had nothing at all to do with it. Meanwhile, in the State of Arizona, people showed their solidarity with Ferguson by going to bed. While other major cities held protests, some of which ended up with minor looting, Arizona just did what Arizona does: Conducted business as usual. There was one small protest of about 60 people down in Tempe, close to Phoenix. They argued among themselves, broke into two groups, but then gave up and went home. The next day, businesses were fearlessly open as usual, people were buying early Christmas presents, people were getting ready for Thanksgiving and getting their turkeys. Hmmm…weren’t Phoenix and Tucson two of the major cities that all the Ferguson “direct action” groups listed as scenes of protest? Yet, both these cities pretty much ignored the call to action, as did the entire state. What happened? That question can be answered below.

First of all, the major metropolitan area and state capital, Phoenix, is controlled by a warlord known as Sheriff Joe Arpaio. He is known as “America’s Toughest Sheriff” and he rules with an iron fist. He has a rather growing collection of tanks and armored personnel carriers but unlike many other departments, these are not just for show. Sheriff Joe will actually use his armor assets if he goes to the trouble of hauling them out. Everyone knows Sheriff Joe is the Warlord of Phoenix and basically runs Maricopa County, including Phoenix. No one in the county and city government has more power than he, and he has proven this to them many times. 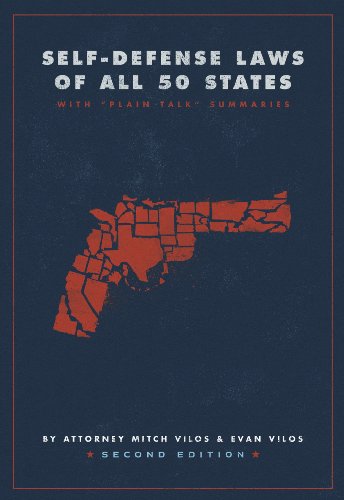 There have been numerous attempts to topple Sheriff Joe and none have succeeded. Even the federal government and AG Eric Holder have failed to unseat the Warlord of Phoenix. Far from intimidated by the feds, Warlord Joe retaliated by launching his own investigation into a federal judge in the area, as well as investigations into President Obama himself. Warlord Joe runs a jail that is a collection of fenced in tents called his “Tent City Jail”. To be sure, this is Warlord Joe’s concentration camp and no one wants to be carted off to it. People know what will happen if a riot starts in Phoenix. There will be three destinations for the rioters: Tent City Jail, the hospital, and the morgue. The Warlord of Phoenix had people watching Phoenix for any sign of unrest when the Ferguson grand jury finding was released. However, this is not what discourages 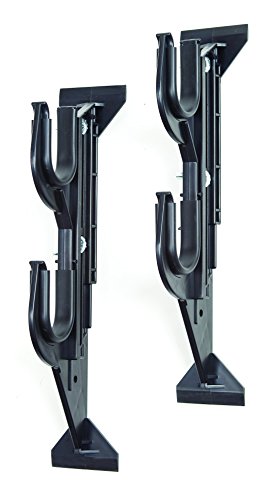 Our state is run by a governor who is actually our shogun. Arizona state law says that the governor can raise his or her own private army of armed citizens to secure the state during an “emergency”. What is or is not an “emergency” is up to the shogun to decide. This goes well beyond the Arizona National Guard, because this militia would be composed of armed citizens called to volunteer by the Arizona Shogunate. It would not be a federal military masquerading as a “National Guard”. Therefore, such a force would be wholly outside the control of the federal government. Now, the governor also has access to a quasi-police force of armed, unpaid volunteers 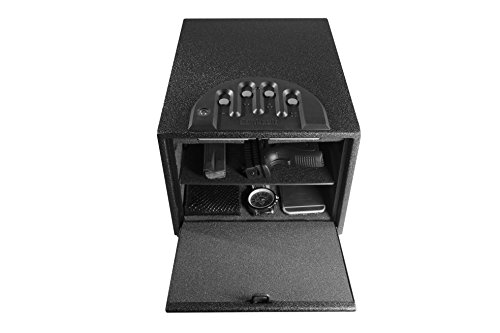 known as the Arizona Rangers. But the law says the shogun can raise the additional force of a citizen militia as mentioned above. What’s more, the militia would answer to the shogun (our governor) alone. Even if the federal government said “You can’t use your National Guard to quell that riot”, the governor as shogun could snap his or her fingers and raise an army of several thousand armed citizens. What’s the federal government going to do about that? However, this is not what discourages riots in Arizona.

While our police forces here are heavily-militarized, there is a flip side to this coin. The state and state politicians have made it possible for the citizenry themselves to be generously armed, carry those arms, and use them in self-defense. The Warlord of Phoenix and the shogun cannot be everywhere at once, but armed citizens can be and will be. What’s more, the weaponry available to citizens 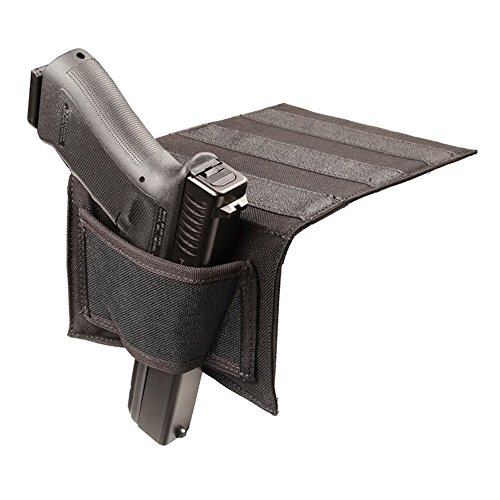 here would boggle the minds of the citizens of “progressive” states. Go into an Arizona gun shop that is a Class 3 weapons dealer. You will see M-60 machine guns. You will see M2 Browning .50 caliber heavy machine guns. Submachine guns of every flavor. Many of these gun shops will even help you fill out and submit the federal paperwork. Semi-automatic rifles are quite common. You can carry them loaded in your vehicle and many people do. No permit is required to carry a loaded firearm here for self-defense, either concealed or open. Self-defense laws here are very generous. Basically, they’re “Stand Your Ground” and “Castle Doctrine” laws on steroids. This means if a riot started and rioters were trying to drag motorists from cars and assault them, they’d probably wind up getting themselves shot. If they tried to break into businesses to loot or torch the businesses, they’d be met with gunfire. 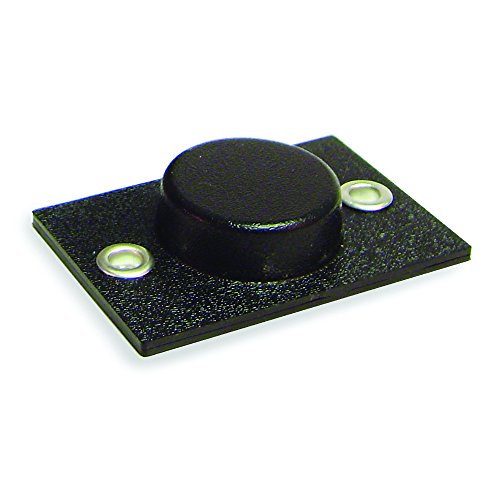 This is the real reason we don’t have huge riots here with blocks of businesses reduced to smoking heaps of rubble. It isn’t Sheriff Joe, his tanks, or the governor. It’s the individual armed citizen. People here work hard to build businesses. They put their lives into them and they’re not going to step aside and let someone torch their dreams in an agitator-sponsored temper tantrum and looting-fest masquerading as “outrage”. People here defend themselves, have the weapons to do so, and laws that make it possible. Rioters might make it past the Warlord of Phoenix, if they’re lucky. They might defy the Shogun of Arizona. But they will not make it past the armed citizens defending their homes and businesses. Everyone here knows this. They know a huge riot would become a mass suicide mission for the rioters. Protests happen and everyone is fine with that. But everyone knows there is a line that cannot be crossed—or 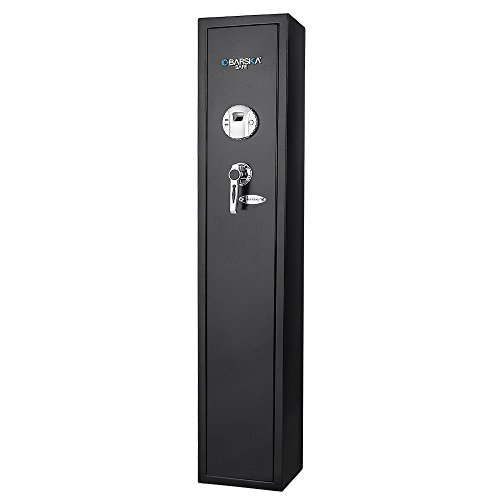 else. Because it will not be tolerated and people won’t cower and wait for the government to save them. They will save themselves.

Arizona is a different world. We’ve only been a state since 1912 and the Old West is still very much alive out here. Armed citizens are very common. No one pays any attention to it. People here don’t rely solely on the government to protect them because they know the government can’t. There are people here who live hours away from the nearest law enforcement authorities. A woman being stalked in this state isn’t just told “Well, maybe you should get a restraining order…” People also tell her, “Time to buy a gun and learn how to use it.”

It also isn’t that Arizona doesn’t care about Ferguson. It’s that, for the most part, we know the answer to those problems lies in one place: The free market. That’s why our businesses were open as usual. Protesting and rioting isn’t going to ever solve anything. All you’re doing is chasing out the businesses in your neighborhood and creating a “concrete desert” devoid of goods and services that you are now going to have to live in. Many of those businesses that burned will not be coming back. Even if they wanted to, they might not be able to obtain insurance to do so. Businesses that want to open there will not be able to obtain loans. The police might not be able to stop you from looting and burning businesses and you might think you got away with that. But the market can and will create consequences for your actions also. The answer isn’t burning down the businesses in your community, folks. The answer is opening your own. Destruction never solves anything but only causes yet more problems. Creating is what solves problems. That’s what the free market teaches and will be teaching.

Previous article by Jack Perry: Am I Supposed To Be Afraid of Putin and Assad?