Are We Worrying About the Wrong Virus?

The headlines are full of news about Ebola, and there’s a very valid reason for that. The illness presents in a gruesome, bloody fashion best suited for a horror movie.  But while America’s attention is on a disease in which there is only ONE confirmed case in the country, there have been 538 cases of Enterovirus D68, 5 deaths, and 10 cases of paralysis.

The enterovirus is an illness that is passed on like the flu or the common cold, and there are millions of cases per year, according to CDC estimates. However, there are hundreds of strains and this one – EV-D68 – is incredibly virulent.

Last week in New Jersey, a little boy died suddenly, with no previous signs of being ill. He just went to bed and never got up. A week later, an autopsy confirmed that he had died from Enterovirus D-68. This went all but unnoticed by the media as the nation focused on the single case of Ebola in Dallas.

Eli — a sweet, active, blonde-haired preschooler — had gone to sleep feeling fine, perhaps dreaming of playing with his sisters or having a fun day at school.

He didn’t make it through the night.

While the young boy died sometime between the night of Wednesday, September 24, and the following morning, it wasn’t until Friday night that authorities figured out why: enterovirus D68, a particularly pernicious strain of an otherwise common virus that has been particularly widespread this year.

This particular strain of the enterovirus starts out like a summer cold, and often escalates to severe respiratory distress. The CDC says:

Enterovirus D68 (EV-D68) is one of more than 100 non-polio enteroviruses. This virus was first identified in California in 1962.

EV-D68 can cause mild to severe respiratory illness.

In general, a mix of enteroviruses circulates every year, and different types of enteroviruses can be common in different years. Small numbers of EV-D68 have been reported regularly to CDC since 1987. However, this year the number of people reported with confirmed EV-D68 infection is much greater than that reported in previous years. See EV-D68 in the U.S., 2014 for details about infections occurring this year.

Children with asthma may have a higher risk for severe respiratory illness caused by EV-D68 infection.

EV-D68 can only be diagnosed by doing specific lab tests on specimens from a person’s nose and throat.

Many hospitals and some doctor’s offices can test ill patients to see if they have enterovirus infection. However, most cannot do specific testing to determine the type of enterovirus, like EV-D68. CDC and some state health departments can do this sort of testing.

There is no specific treatment for people with respiratory illness caused by EV-D68.

For mild respiratory illness, you can help relieve symptoms by taking over-the-counter medications for pain and fever. Aspirin should not be given to children.

Some people with severe respiratory illness may need to be hospitalized.

There are no antiviral medications currently available for people who become infected with EV-D68.

There are no vaccines for preventing EV-D68 infections.(source)

It’s interesting to note that thus far, ALL of the children who have been diagnosed with EV-D68 have been fully vaccinated.

Although there is no known vaccine for the virus, and the scope which it will reach is also unknown, those that have become infected are following a common theme. They have all been vaccinated with the MMR vaccines, influenza vaccines, and polio vaccines. Of course, many children in the United States have been vaccinated, and most are required to be vaccinated in order to enter school. However, it is interesting to note that the illness is not occurring, yet, in children that have not been vaccinated.

“So far all of the reports we are seeing are coming in from children who have been partially or fully immunized,” said infectious disease specialist Dr. Heather Ashton. “Reports are managed through the National Enterovirus Surveillance System and the summaries thus far are all coming in from vaccinated pediatric populations in the U.S. and Canada.”

In a 2011 study in the Journal of Virology researchers at the Erasmus Medical Center in the Netherlands have demonstrated that a regular flu vaccine in children actually worsens a key aspect of their flu-fighting immune system. This research was not conducted by vaccine-disliking scientists. Rather, it was conducted by pro-vaccine researchers who have spent their careers trying to develop better vaccines. Lead author Rogier Bodewes delivered the sobering message as he explained that flu vaccines “have potential drawbacks that have previously been under appreciated and that are also a matter of debate.”

It involved highly advanced scientific evaluation of the immune system. The researchers collected blood from 27 healthy, unvaccinated children with an average age of 6 years old, and 14 children with cystic fibrosis who received an annual flu shot. The unvaccinated children were found to have a superior immune response, giving them broader protection against what they might face in an actual flu season, including pandemic strains.

The Connection to Polio

Polio is also an enterovirus.  Poliovirus is the causative agent of poliomyelitis.

Back in February,5 children in California, who were vaccinated against polio, suddenly became paralyzed. Scientific American spoke with CDC’s Deputy Director of the Division of Viral Diseases Jane Seward about the cases:

These children did not test positive for polio, but two of the children did test positive for a different kind of enterovirus, enterovirus 68. What’s your theory for what’s going on here?Acute flaccid paralysis, that’s acute paralysis of parts of the body–in this case the limbs, can result from a variety of viruses including polio virus and non-polio enteroviruses including enterovirus 68, West Nile Disease, echovirus and adenoviruses. Most people who get enteroviruses have mild symptoms and no testing is ever done on them. I think we’re looking at a rare outcome in these children.

Other than polio, would enterovirus 68 or any other enteroviruses be more likely to cause paralysis?No, they are not commonly known to cause paralysis.The most important thing to know is that enteroviruses  are common and most people don’t get very sick from them. It’s only rare that these cause severe illness. With any case of paralysis a clinician should consider if it’s polio virus and request testing for that.

So what would spark an enterovirus to cause paralysis when that’s such a rare symptom?It’s probably a combination of how the host interacts with the virus. If you think about a condition like chicken pox it used to infect basically every single child in the U.S. With four million cases a year a hundred kids died. Why did those kids die? It’s 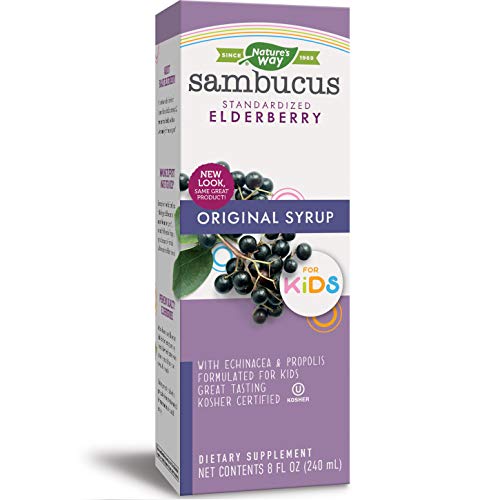 really hard to explain. It’s an interaction of the virus and the host. Either genetically they didn’t cope with the virus as well or they got an unusually high dose of the virus, it’s hard to say.

In the past two months, 11 children in Colorado have had a polio-like paralysis. Four of the children tested positive for EV-D68.  Since the other children tested negative, a link between enterovirus and paralysis is suspected, but not proven.

If you are a family who vaccinates, there is no vaccine against enterovirus D-68. The flu shot offers no protection whatsoever against this virus. (Although one so-called expert made this ridiculous suggestion: “While a flu shot won’t protect against enteroviruses, it will eliminate one possible illness for a doctor trying to diagnose your child. Babies can get a flu vaccine starting at six months, although the vaccine isn’t as effective for children under the age of five.”)

Preventative action is the same as for the flu. Teach your kids the following:

Even the CDC agrees that good hygiene is the only method of prevention:

You can help prevent yourself from getting and spreading EV-D68 and other respiratory illnesses by following these steps:

The only treatments available for EV-D68 are treatments for the individual symptoms. CNN reports:

There is no specific treatment for enteroviruses, according to the CDC. Plenty of rest, fluids and over-the-counter medications will help ease symptoms in standard cases.

Patients who are hospitalized will likely receive assistance breathing and what’s called “supportive therapy” to help their immune systems fight off the infection.

At this point, EV-D68 is a more likely threat.

Ebola is terrifying and should be taken seriously, don’t get me wrong. My family has preps in place in the event that we need to lock down.

But if you compare the numbers of cases and deaths, enterovirus is, at this point, a statistically more likely concern, particularly if you have children in the susceptible age range. Be aware so that you can immediately recognize the symptoms. If you believe your child may have EV-D68, particularly if he is showing any signs of respiratory distress, don’t try to treat this at home. Seek immediate medical attention, because this virus kills quickly.

10 Things Every Parent Should Know About Enterovirus D68

EBOLA, And Enterovirus D68: WHAT THEY ARE AND HOW TO PROTECT YOURSELF

Ebola Survival Handbook: A Collection of Tips, Strategies, and Supply Lists From Some of the World’s Best Preparedness Professionals

Previous article by Daisy Luther: Are You Prepared for an Ebola Quarantine?