History is written by the victors—and the victors are often large, arrogant empires not particularly inclined to look favorably on other cultures. It therefore became commonplace for entire peoples to be thought of as “barbaric.”

We’ve mentioned before how the term itself came from the ancient Greeks, who dismissed foreign languages as sounding like “bar bar bar.” A relentlessly xenophobic society, the Greeks believed that people were either Greek or barbarian. Later, the term came to designate any tribe or nation that did not conform to certain codes and customs. From Rome to China, humanity has long tried to vilify and degrade people who were in some way different.

10 The Vikings Were Cleanliness Fanatics

For a long time, the popular view of the Vikings was as a vile, ruthless group who murdered their way across Europe, reeking of filth and cruelty.

Well, as it turns out, the “filthy” Vikings were actually more concerned about hygiene than most Europeans of their age. For one thing, they bathed regularly—a rarity at the time. They made elaborately decorated combs and other grooming items, and many Vikings bleached their hair blond to conform to certain cultural ideals of beauty. They even designated Saturday, or “Iaugardagur” as a “day for washing.”

Norse settlements in Iceland actually had a law which called for the most severe punishments for offenders who intentionally made someone dirty as a means of disgracing them.

9 Rome Actually Flourished Under The Goths

In truth, Rome pretty much survived. Roman culture, traditions, practices, laws, and even political structure (the Senate) were left at least partially intact. Under the rule of the Ostrogoths, particularly Theodoric the Great, the city flourished. The Ostrogoths were formerly pagan, but converted to Arianism (a heretical Christian sect). Still, people were actually open and tolerant of these differences and Arian Goths lived peacefully with other Christians and Jews. Roman arts and literature were fully embraced. 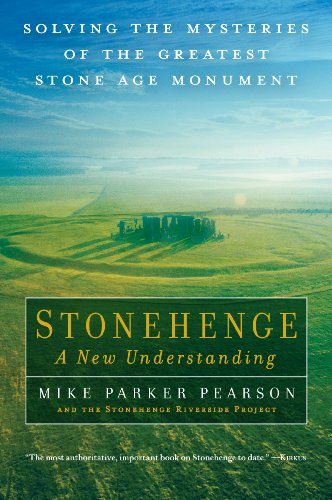 But nothing good lasts forever. Thanks to their pagan roots, the Ostrogoths believed that Theodoric’s dynasty, the Amals, were of a sacred bloodline descended from the gods themselves. When Theodoric’s grandson, Athalaric, died young, the Gothic Kingdom fragmented.

The Eastern Roman Empire, which espoused traditional Christian beliefs, hated the idea of the heretical Ostrogoths ruling over Rome. The Emperor Justinian also had his eyes set on reclaiming the Western Roman Empire. In A.D. 535, Justinian sent his best general, Belisarius, to retake Italy. The campaign lasted decades and served only to depopulate much of the peninsula. Eventually, a new wave of invaders, the Lombards, easily took control. So it was that the ambitions of the Eastern Roman Empire served as the death knell of its Western counterpart.

8 The Greeks Considered Even Their Relatives Barbarians

We’ve discussed how the Greeks coined the term “barbarian” in reference to foreigners. Oddly enough, they also referred to their own neighbors and kinsmen in the same manner, either as an insult or simply because they found their dialect too confusing.

For instance, when Stratonicus, a harp player from Athens, was asked who the greatest barbarians were, the famous musician nonchalantly replied: “the Eleans.”

Were the Eleans from faraway lands like Persia or Africa? Nope, they lived in Elis, in the Peloponnese, where the first Olympic Games were held. Even the prominent orator and statesman Demosthenes denounced Philip II of Macedonia, Alexander the Great’s father, as a barbarian, since “he not only isn’t a Greek and is quite unrelated to Greeks: he isn’t even a barbarian from a respectable place, but a miserable Macedonian!”

Is Putin in the Catbird Seat?15 Very Common Kitchen Mistakes