I am writing with a heavy heart as I, my husband, and our daughter are all seriously contemplating giving up our U.S. citizenship. We are doing this not to avoid paying U.S. taxes but because we strongly object to a system that is blatantly discriminatory and unfair to law-abiding Americans living outside the country. In addition, it has become too expensive, too difficult, and frankly, too frightening, to try to comply with all of the tax filing requirements that now apply to citizens living abroad.

My husband is 70 years old and I am 69. I was born in St. Louis, my husband in Denver, and our daughter in Toronto. When my husband graduated with a PhD in history from the University of Pennsylvania, and I with a law degree from Villanova, both in 1971, he

received a job offer to teach U.S. history to Canadian university students. I began teaching law at the same university. We never expected to stay in Canada but, as you know, life is often unpredictable and we have now happily lived here for 43 years. I retired many years ago and my husband more recently.

In order to practice my profession I had to become a member of the Ontario Bar, which I did in 1985 and which required me to become a Canadian citizen. My husband did so some years later because he also wanted the right to vote in a country where we were living and raising our daughter. We have continued to vote in U.S. federal elections, we hold U.S. passports as well as Canadian, and we have never failed, in 43 years, to comply with U.S. laws that require American citizens anywhere in the world to file U.S. tax returns. Of course, that obligation does not exempt us from also having to fileCanadian tax returns each year, and in some instances, paying taxes to both countries. (Please note, neither one of us receives U.S. Social Security or Medicare, so we take nothing in return from the U.S.)

And yet, we now feel like second class citizens at best, or criminals at worst. The FBAR forms that we must file every year, detailing the amount in every single financial account we have, from savings to checking to investment to retirement accounts, are filed with the Fraud Division of the U.S. Treasury Department. The message given here, along with the enormous fines for improper filing, make U.S.

citizens feel like they are guilty until proven innocent.

Recently I learned that, on top of all the other tax disadvantages of being dual citizens, Americans living and working in Canada can now hold Canadian mutual funds only at their financial peril. These funds carry onerous, expensive tax filing requirements for every single fund owned, as well as attracting much higher taxes than U.S. mutual funds (which we are not allowed to hold in our Canadian investment accounts.) What this new obstacle means for U.S. citizens in Canada is that, in addition to being prohibited from buying U.S. mutual funds, we must now sell the Canadian mutual funds in our investment portfolios for a reason that has nothing to do with their inherent value or what they add to our savings and retirement strategies.

To my knowledge the IRS does not tell U.S. citizens living in America that they will be penalized for owning mutual funds domiciled in that country. So why does it feel it is fair or appropriate to penalize Americans living in Canada for simply investing in mutual funds domiciled in Canada? Let us be clear. These are not funds that are investing in terrorist activities in the Mideast. These are funds that are invested heavily in U.S. bonds and U.S. companies, as well as in Canadian bonds and companies. While the IRS looks at Canadian mutual funds as “foreign investments“, obviously for those living in Canada they are local investments!

Nevertheless, I must now instruct our investment advisor to sell them. Americans living in the U.S. pay 15% in capital gains on U.S. domiciled mutual funds. Americans living in Canada will now pay over 38% in capital gains on Canadian domiciled mutual funds, even though both funds might contain very similar investments. This places American citizens living in Canada at a distinct disadvantage in planning and saving for our retirement. What have we done to deserve this discriminatory and second class treatment? Are we to save for our old age by hiding our money under the mattress?

For many years we have been willing to pay the substantial expenses involved in using tax accountants who are qualified to file our tax returns in both countries. As you can imagine, dual citizens cannot use just any tax accountant and still feel confident that they are complying with the very confusing U.S. tax laws, tax treaty, and all of the special requirements that apply only to Americans living outside the country. This is especially true when it is the Fraud Division that investigates even the most innocent errors in filing some of the necessary forms.

However, now the overall burden and the unfairness have become too heavy to reasonably bear. My earliest known American 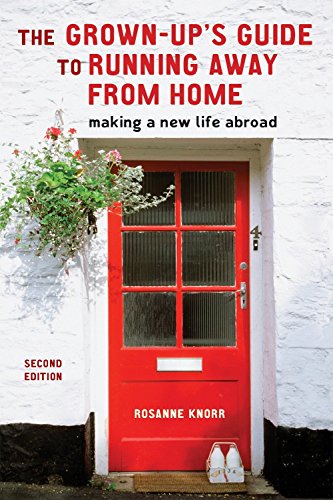 ancestor, who sailed from Europe and settled in Kentucky 166 years ago, is probably “rolling over in his grave” to think that I am giving up my U.S. citizenship. However, growing up in Colorado I was raised and educated to stand up for what is right. I have been doing that ever since.

What America is doing to its own citizens living in other countries is not right and we have had enough. What I have outlined here is only part of the problem. All we want in return for fulfilling our responsibilities as Americans is to be treated fairly and equally. We are performing our part of the bargain. America is not.

There are approximately one million Americans living and working in Canada, and millions more in other parts of the world. I understand from our specialized tax accountant, and our cross-border consultant, that we are not alone in contemplating or taking this very dramatic and previously inconceivable step of relinquishing our U.S. citizenship. What a sad state of affairs for America and for its citizens everywhere.

You can reach me at Wood@WoodLLP.com. This discussion is not intended as legal advice, and cannot be relied upon for any purpose without the services of a qualified professional.