The Neocons Reach a New Height in Bad Manners

About twenty-five years ago, it became painfully obvious to me that I had no place in the reconstructed conservative establishment. By then this movement had fallen under neoconservative domination, a state from whence, in my opinion, it has not even minimally recovered. During and after the takeover, I discovered that a growing number of people were keeping their distance from me in a movement I had once to some degree identified with. The new gatekeepers conspired to keep me out of academic positions, made sure that nothing with my name on it would appear in their publications, and that no book I wrote, no matter how illustrious the publisher, was ever mentioned in their captive journals.

media would thereafter be between a Left that continued to move leftward and a gaggle of neoconservative publicists and GOP career politicians. The sustained attempt that came with this development to cut the Old Right out of discussion should been plain to anyone of my generation who has studied the Right. But there is an upside. Since most of the expellees are now in their seventies or older, this practice of exclusion may not have to be carried on much longer. I should add that I am telling what happened to me. I’m sure there are others who view the ascendancy of neoconservative influence in the conservative movement as a positive good. Many of these fans are undoubtedly pleased with what befell me as a stodgy dissenter.

In a sense I’ve accepted my predestined fate. I know that no matter how many more books I write and whoever the publisher may be, no movement conservative, and certainly no Murdoch-controlled publication will ever mention a book of mine or bring up my name. Like the Communists, whom the neocons and their drones, resemble in more than one way, those who defy the movement they shape are summarily reduced to nonpersons. The only exception to this rule on the old right has been Pat Buchanan, who was already too famous by the time the neocons took over to be totally marginalized. When Buchanan bolted in the 1980s, he was either denounced as a neo-Nazi in the neocon press or else an attempt was made to ignore him. Since his books have been best-sellers, despite the character assassination that has been carried out against him, Pat has been allowed to appear on neocon central, in a limited, innocuous way.  Unfortunately I occupied a lower celebrity status when the power shift came in the 1980s and so I’ve not been given even the smallest token role in the new order. 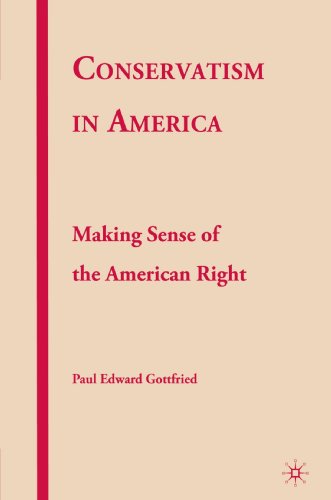 Despite this situation, those who work for the occupied Right have not been consistently rude to me. In the beginning I proposed pieces to those who worked for neoconservative patrons and I received predictable “no” replies. These assistants turned me down, politely, and after a time I got the idea that I would never be allowed to write for National Review, First Things, WSJ, or any of the other publications that fell under neocon sway. One didn’t have to be a genius to figure this out, and I was at least grateful that the editors who were charged with the task thought highly enough of my feelings to provide me with a white lie. After all, they could have ignored me completely.

But now things have changed. The GOP propaganda organ Townhall has set a new benchmark in rudeness. Several years I proposed to the editor that I be allowed to respond to a soporific neocon polemic that had just been posted on the website. Said editor refused to acknowledge receipt of my email. But since others who appeared on this website assured me that Townhall’s editors are unfailingly friendly, I assumed there had been a miscommunication and so I proceeded to send a second note. Again there was no reply. At that point I decided to test the situation, and so I thereafter sent thirty-seven more notes to various editors asking questions or proposing commentaries. Enclosed with several of these notes was a vita sheet to make sure these young women (they were all female and presumably still in their twenties) knew that I was not a callow youth without any

publications. Number forty in this series went out to the new editor, Sarah Seaman, three days ago and I won’t hold my breath until I receive an acknowledgement.

Please spare me further excuses. I don’t think this succession of Courtneys, Taylors, Whitneys or whatever the hell they’re named could have all misplaced my barrage of communications. I also doubt these coeds considered me to be a crank because all my notes were carefully composed and had my credentials attached. I do think they were told by the party commissar tied to their operation that I’m a bad guy and they’re supposed to turn me down. They may even have been warned that unlike one of their editors Katie Pavlich, who has gone on to FOX-news as a maven on women’s issues, I’m a hardened insensitive reactionary who could hurt “conservatism.” In any case these editors couldn’t bring themselves to send me a response with only these two words “not interested.”

This may represent a new high in conservative movement boorishness. I thought that zenith had been reached at least for me about a year and a half ago, when Jay Nordlinger at National Review began referring to me as”Pat Buchanan’s court Jew.” But perhaps I was wrong. Townhall may now be competing with Nordlinger for the honor of treating me, and presumably the rest of the dissident Right, with the most conspicuous contempt.

Don’t Like Living in a Police State?The Truth About the Gaza Strip