Professor Hans-Hermann Hoppe is not only one of the most famous and respected but also one of the most politically incorrect members of the Austro-libertarian school. He is the founder of the Freedom and Property Society, a yearly conference that promotes free speech and research by bringing together politically incorrect intellectuals. It has been a great success with a long list of philosophers, historians, scientists and other leading but controversial intellectuals.

Hoppe has had to pay a price for his defense of free speech and research. Last year two prominent Swedish Austro-libertarians, Joakim Fagerström and Joakim Kämpe, wrote about how the libertarian organisation European Students For Liberty (ESFL) banned Hoppe’s books from their event in Stockholm. ( https://www.lewrockwell.com/2012/10/joakim-fagerstrm-and-joakim-kampe/hoppes-dangerous-books/ )This caused astonishment and anger among many libertarians.

ESFL was not only pandering to political correctness but was also illogical. As Fagerström and Kämpe note, at the same event ESFL was distributing free a book by Björn Wahlroos where he explicitly quotes Hoppe’s book. So according to ESFL it is permissible to refer and quote Hoppe’s book but not to show or sell them at ESFL events.

However, some suspected that this illogicality was because Björn Wahlroos is by far the most powerful banker in Scandinavia and a famous supporter of many classical liberal ideas. So perhaps ESFL did not dare to try to limit the distribution of Wahlroos’ book.

Many have also suspected that censoring Hoppe was not so much because of the ESFL itself but because of the Swedish chapter of ESFL. Afterall, Sweden is probably the most politically correct country in the world.

Indeed for a while it did seem that the Swedish ESFL event might just have been a local incident. It did not damage Hoppe who keeps being almost inundated by speaking invitations and has been traveling around the world giving speeches and meeting politicians, economists and other intellectuals. 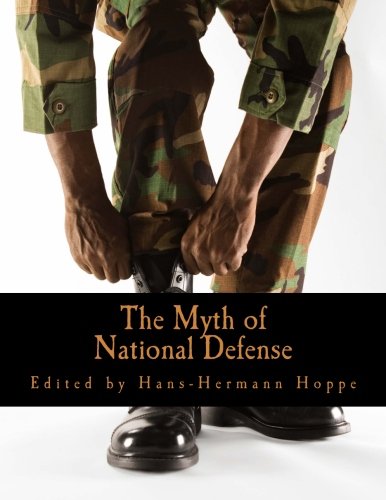 Moreover Professor Hoppe was a doctoral student of the famous left-wing idol Jurgen Habermas and has attempted to integrate elements of the Critical Theory into the Austrian theory. Hoppe’s project is truly fascinating whatever one thinks about the Critical Theory or the radical Austrian school. Thus also many open-minded non-Austrian intellectuals are curious to discuss Hoppe’s insights.

Many of Hoppe’s ideas have been spreading like wild fire. Peter Thiel – Paypal co-founder and the original angel investor in Facebook – has been interested in Hoppe’s libertarian and secessionist ideas. So has the Prince of Liechtenstein, Hans Adam II. He seems to even have adopted some of Hoppe’s ideas on secession when the constitution of Liechtenstein was amended to contain the right of communes to secede from the state.

All libertarians, including ESFL seemed to be united behind secession and other central libertarian ideas. It seemed that the Swedish ESFL anti-Hoppe incident was forgotten. But then something very strange happened.

The Finnish Mises Institute together with the Finnish classical liberal think tank Libera invited Hoppe to Finland in spring to talk about the monetary system. Hoppe agreed to visit Finland in the second week of May for three days.

One specific event Hoppe agreed to participate in Finland was a public discussion session on monetary planning. The event was anticipated to become a success with Facebook event page indicating about 150-200 participants including many prominent Finnish, Swedish and Baltic classical liberals and libertarians.

The Finnish chapter of ESFL was enthusiastic about the event. It saw a great opportunity to get more publicity and members. It was planning to advertise ESFL to the audience with leaflets, a banderol and a table where they could sell libertarian books. One of those books was The Challenge of Democracy by Gustav von Hertzen, the founder of Libera.The plans changed suddenly when higher ups in the ESFL heard the name Hoppe. Official collabaration was now totally ruled out. More strangely, ESFL wasn’t even anymoreinterested in advertising during the event. It also 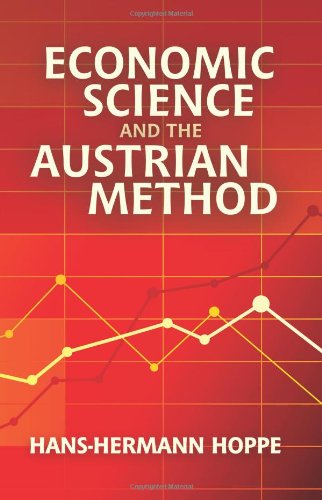 became clear that the Finnish chapter of ESFL was put under strict gagging orders. They were simply ordered not to do their job.

This despite these facts:

1. The event was organised by the Finnish student organisation Aalto Chydenius Society. This was also made clear in the event advertisements. ESFL had no official role. The Finnish chapter of ESFL just wanted to advertise ESFL during the event.

2. This specific event had nothing to do with politically incorrect ideas but about general monetary policy. During the event Hoppe pointed out that the present monetary system and therefore the whole economy is based on a planned economy.

Presumably ESFL as a libertarian minded organisation also fully agrees with Hoppe’s general economic analysis. However, ESFL made it perfectly clear that it didn’t matter what Hoppe was saying or doing in the event. It would not have mattered if Hoppe had been talking about charity or world peace. In fact, he often does the latter by strongly defending Ron Paul’s position of foreign policy non-interventionism.

3. The point of the event was to have a public discussion session. The event was not about Hoppe but about discussing the topic of money and state. Hoppe gave a lecture on the topic after which he discussed it with the finance 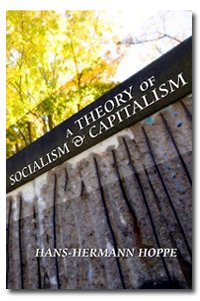 professor Vesa Puttonen and the audience. The advertisement for the event clearly states:

“After the lecture, there will be a discussion session based on it. … The event is open for everybody to attend.”

The event was about discussing monetary policy in an open minded liberal fashion. What possible problem would ESFL have with such an event?

4. One of the sponsors of the event was Libera. The vice-chairman of Libera Foundation is Björn Wahlroos, the same banker mentioned in the Swedish anti-Hoppe incident.

What possible problem would ESFL have with cooperating with an event sponsored by Libera? Furthermore, why not at least do its best to get publicity and members during the biggest Finnish libertarian minded event of the year?

It is troubling that an organisation dedicated to spreading classical liberal and libertarian ideas is in effect saying that if a prominent intellectual is politically incorrect on some topic then his views should not be listened to in any other topic. It is also divisive and counterproductive. There are not many classical liberals or libertarians in Northern and Eastern Europe.

What is needed is a big tent philosophy where all libertarians and classical liberals can work together in spreading ideas of liberty and peace. This does not mean that cooperation requires that we water-down our radical libertarian ideas or that all libertarians have to agree on everything. Quite the contrary. As Rothbard used to emphasize what is needed is BOTH purist hard-core organisations and big tent organisations. In this way Chicago- and Austro-libertarians, neos and paleos, minarchists and anarchists and other people with different ideological and cultural backgrounds can come together to oppose statism and wars.

Luckily in Finland ESFL’s small tent attitude was ignored by all. In fact, Hoppe’s visit showed the power of the big tent approach. His three day visit to Finland was a great success. [ http://hoppeinfinland.wordpress.com/2014/07/08/hoppe-on-money-and-state/ ] In day time he gave interviews and met leaders of the Finnish business world and academia. Each evening the leading Finnish libertarians 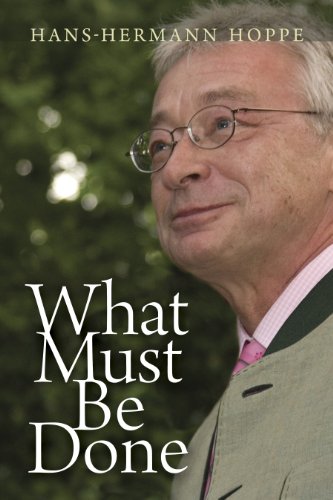 and classical liberals gave a great dinner in Hoppe’s honour.

Often Hoppe was surrounded by his fans and ordinary students interested in Austrolibertarianism. Sometimes the discussions lasted well past the midnight.

This was the first time Hoppe was in Finland. One thing that surprised him was the weather. It was the middle of May but the temperature was under 10 degrees. It was windy and raining most of the time. When the wind almost stole Hoppe’s umbrella the Finns told Hoppe that it was good that he gets a realistic view of the Finnish weather. Hoppe quipped that he does not like socialist realism either.

The poor weather did not stop the Finns. Hoppe gave two lectures to backed audiences and raving applauds. After the lecture Hoppe gave autographs and mingled with his enthusiastic fans.

Indicative of Hoppe’s big tent approach was that these lectures not only attracted libertarians but also many social liberals and leftist people. This was because Hoppe explained that besides the public acceptance of the idea of the state, the two biggest practical problems are monetary interventionism and foreign policy interventionism. These are the leading causes of economic and political centralization. If not stopped they will eventually lead to a totalitarian world state.

In his first lecture “Money and State”, Hoppe explained how the private banks have in practice a private money machine that through new unbacked deposits creates money out of thin air. It not only robs the people of their money through inflation but also grants enormous power to the banking cartel. Naturally this powerful banking cartel tries to use its power to further control the economy thus creating a cartel economy.

In his next day lecture, “Libertarian Foreign Policy”, Hoppe completed the Big Picture. He explained how the American bank cartel helped turn the US into an imperialistic power that forced many other countries to adopt the dollar as their reserve currency.

It is no coincidence that the American empire has especially demonized and attacked countries that have the economic capability to reject both the oil cartel and dollar imperialism. This is also one reason why the US destroyed Iraq and Libya and is encircling Iran, Syria, Russia and China.

Hoppe made it perfectly clear that both US and Russia are empires. However, Hoppe also emphasized how he sympathizes with East Europeans and understands why even some libertarians have a soft spot on NATO. Hoppe told how his own family had to flee the Russians and communists from East Germany.

Hoppe emphasized that the best solution in Ukraine as elsewhere is the Swiss model of a loose federation and non-interventionist foreign policy. This is also what he recommended for Finland in his interview to both the True Finns and the ruling Conservative Party newspapers.

Hoppe’s message was well received in Finland. Many rightist better understood the dangers and imperialism of US and NATO. Many leftists better saw how the basic problem of western imperialism is not free market but the imperialism of the bank cartel.

This is what big tent is all about: Helping to bring right and left together to oppose economic and political imperialism. In this way all can better agree on the two big and interconnected ideas of the the Ron Paul inspired Liberty movement:

Geurt Marco de Wit [send him mail] is a historian, business executive, founder of the Finnish Libertarian League and a lecturer in the Austrian-anarchist-Rothbardian tradition.

Against the Imperial GreenbackContrarian Forecasts