10 Crazy Characters From The Wild West

While the Old West wasn’t as wild as Hollywood would have us believe, the frontier really was full of crazy characters. They just didn’t have their own publicity agents like some westerners did. But today, we’re righting past wrongs and uncovering some the less-known craziest characters to ever ride off into the sunset.

Big, bearded, and full of hot air, Jim Beckwourth was the quintessential mountain man. Sporting braids, earrings, and gold chains, this fur trapper loved to spin a good yarn and is best remembered for his dubious autobiography, The Life and Adventures of James P. Beckwourth. This pulpy piece of supposed nonfiction portrayed Beckwourth as a hero who saved countless lives from imminent death, fought off savage bands of Indians, and was eventually made chief of the Crow people.

The truth was nearly just as crazy. Born to a white plantation owner and a black slave, Beckwourth was freed around 1810 and spent his early days traveling with a fur-trading expedition, hunting and trapping in the Rocky Mountains. Beckwourth abandoned civilization and moved in with a Crow tribe, impressing them with his strength and size. He married twice and had several kids. But after six years, Beckwourth packed his saddle bags and took off, leaving his family behind.

Beckwourth traveled across America, serving as scout in Missouri and fighting Seminoles in Florida with future president Zachary Taylor. During the 1840s, he earned a few bucks here and there stealing horses, but Beckwourth made his real mark when he discovered a trail that helped travelers safely pass through the Sierra Mountains into California.

Afterward, he kept busy fighting in the Mexican-American War, guiding settlers to Colorado, and acting as a guide during the infamous Sand Creek Massacre. The mountain man finally died sometime in the late 1860s, though his death is somewhat of mystery. While some say he was killed during a hunting trip, others claim a vengeful wife poisoned him.

It was 1864, and young Robert McGee was having a terrible year. His family had packed their bags and started moseying west, only things didn’t work out as they’d hoped. McGee’s parents met their end during the journey, leaving the 13-year-old an orphan.

Still, this was the West, where boys were men, and men kept moving. Despite his loss, McGee joined up with a wagon train heading through western Kansas. That’s when he ran straight into a group of Brule Sioux. While we don’t want to spread the stereotype that all Native Americans took scalps, this bunch certainly did. Led by Chief Little Turtle, the gang wiped out every settler but two—an unknown boy and Robert McGee. And for some sick reason, the chief wanted to personally torture Robert.

After shooting the kid in the back with his rifle, Little Turtle put two arrows in McGee for good measure. Then the chief pulled out his knife and went to work on the back of McGee’s head, hacking off 400 square centimeters (64 sq in) of skin. As the chief walked off with his trophy, his cronies stabbed McGee with a collection of pointy knives and spears. McGee was conscious the entire time.

Miraculously, the young teen survived. A group of cavalrymen found McGee and the other child on the prairie and rushed them to a nearby fort. Though the nameless kid soon died, McGee lived until at least 1890, when he 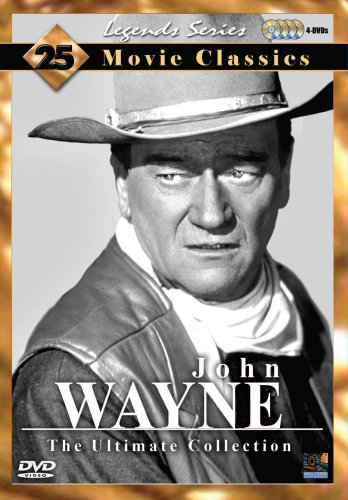 posed for a cameraman and told his awful tale to a reporter. Considering he had the top of his head shaved off, he didn’t look half bad.

Charley Parkhurst was a stagecoach driver. That meant spending days battling bandits and traveling through thunderstorms while hauling up to 18 people in a rickety wooden box.

Despite missing one eye, Charley knew how to handle the reins. It’s said that the driver once crossed a raging river right before the bridge collapsed, stopped a runaway coach while being dragged through the brush, and even shot an outlawwho was holding up the coach. But a bad case of rheumatism eventually set in, forcing Charley to a life of ranching and lumbering. Pankhurst’s last days were spent alone in a cabin before dying of cancer in 1879. Saddened, friends came to prepare the body for the funeral, and things took an odd turn.

As the doctor started to undress Charley’s body, he discovered that one of the best stagecoach drivers in California was secretly a woman. And since documents show that Charley registered for the 1868 election, One-Eyed Charley might have been the first woman to vote in California.