This review is from: Hitler in Argentina: The Documented Truth of Hitler's Escape from Berlin

How often is the official version of a contemporary event challenged with evidence, which demands a different verdict? It seems anyone who does this challenging gets branded as a “conspiracy theorist.” However, just a little research will reveal evidence contradicting the official version of several major events. Have we been told the truth about the murder of JFK or what really happened on 9-11?

Now the subject of this book is Hitler’s fate after WWII. One of my professors in the 1980s vehemently maintained the truth of the official story of Hitler’s suicide in the Bunker. Suggesting that Hitler had escaped to Argentina was just “too outrageous” and would guarantee falling out of the professor’s favor. But, in recent years, evidence supporting Hitler’s survival in Argentina has been coming to light. For example, most of the FBI files have been publicized and can be accessed online. Copies of several of these files are displayed in this book.

The first several chapters of the book are the first hand account of Don Angel Alcazar de Velasco, a Spaniard who worked for the Nazis before, during, and after WWII. He gives details about serving in the Bunker the last few 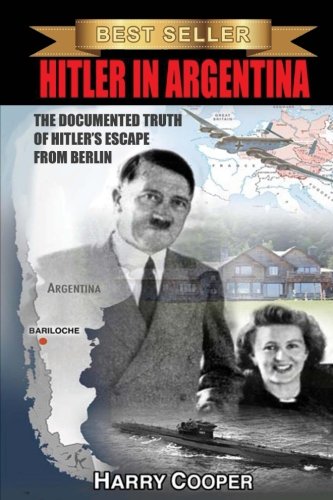 months of the war, traveling by submarine a year later helping Martin Bormann escape to Argentina, and his involvement with the Nazis in South America for several years after the war. He got flown down from Mexico in the early 1950s to a hidden Nazi complex, presumably in Bariloche, Argentina, and met briefly with Hitler who by then was a feeble, old man. Don Angel’s testimony is corroborated by other books about Nazis in South America. Another recommended book is Martin Bormann: Nazi in exile by Paul Manning.

This book, Hitler in Argentina, presents more evidence. It quotes Stalin and Eisenhower, among others, who expressed the belief that Hitler was still alive. Interviews with eye-witnesses in Argentina tell of other encounters with Hitler. Some of these eye-witnesses have since been threatened to keep their mouths shut indicating a hidden network active to this day with its own agenda. Brief write-ups are also made of several other top SS officers who also lived their lives in South America.

The author devotes several pages explaining why the powers that be (i.e. Israel, USA, etc.) did not “go after” Hitler in Argentina in spite of the evidence.

Overall, the book is a fascinating and thought-provoking read. It is highly recommended to anyone interested in contemporary history who wants an insiders’ scoop about the details of events. 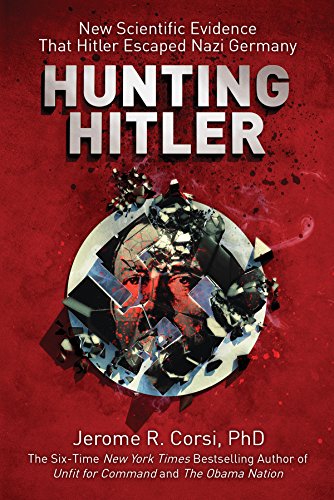 An Aspirin a Day? Have White People Had It?