A Shining Gift From The ESF

At first, you know, I was predictably grumpy, visibly upset by the ugly news that the lawsuit against the Commodities Futures Trading Corporation, et al, for rigging and manipulating the silver market, was thrown out.  The reason? The court ruled that the Treasury actually has the legal right to rig and manipulate anything in any financial markets, including silver, and to lie about it to boot, according to the slimy provisions of the government’s Exchange Stabilization Fund (ESF)!

Therefore, if you lost money in the wild, out-of-nowhere price-swings caused by the manipulations, you can’t sue anybody, since no laws were broken.  Wow! What a scam!

It sure makes you wonder about the effect on the fabled “full faith and credit” of the United States! Wow again!

After a predictable initial period of Loud Mogambo Outrage (LMO) wherein I howled and vowed violent blood vengeance against the criminal lowlifes in Congress who perpetrated this massive fraud, I, upon due reflection, realized that another episode of Mogambo Running Berserk (MRB) through the streets, clad only in an army helmet, combat boots and an adult diaper while shouting “We’re freaking doomed!” was going to be as pointless as it always was.

Then, I thought to myself “Hey! Wait! I can use this!”

Sure enough, soon I was busily forging signatures of the neighbors on Transfer of Title forms, brilliantly had their cars transferred to me, and then selling them! It was easy!

Also sure enough, alas, the stupid neighbors and the stupid buyers were soon banging on my door, angrily demanding that I give them back their stupid cars or currency.

Naturally, cool as a cucumber, confident in the precedent already set by the Treasury Department, I said “No,” and then patiently explained to these ignorant Earthling mouth-breathers who obviously don’t keep up with the latest innovations in finance, that the Mogambo Exchange Stabilization Fund (MESF) gave me the right to take anything I wanted, anytime I wanted, from anybody I wanted, “And to lie about it, too, leading me to deny, deny, deny that I took your stupid cars or your cash, morons! Now, scram!” 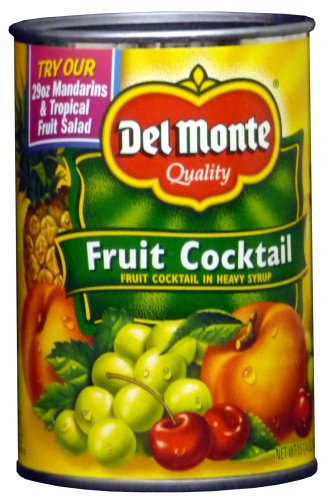 Jamming a foot in my door to keep me from slamming it in their faces, they crowded threateningly closer, and through gritted teeth and clenched fists they were naturally quizzical, asking “What, pray tell, is the Mogambo Exchange Stabilization Fund (MESF)?”

Again, with the inexhaustible patience of Job, I explained through the crack in my door that I was taking my seemingly-endless days of being bored out of my Freaking Mogambo Mind (FMM) being cooped up with my boring family because I could not afford to go anywhere after the family has bled me dry paying for their stupid dentist bills, and stupid new shoes, and stupid haircuts that all keep going up and up in price in a horrifying spiral of inflation because of the terrifying increases of money and credit by the filthy Federal Reserve, and I was merely EXCHANGING my bleak days for glorious days of fun, frivolity and feasting on fatty fried foods, hopefully a happier time without such a stupid-yet-gratuitous surplus of admittedly awful alliteration.

Anyways, as any party-hearty, fun-loving person knows, this kind of irresponsible tomfoolery takes a lot of cash. Ergo, by virtue of the fabulous MESF, I can now do it!

Things deteriorated soon after that distasteful encounter, and it started a whole downer of a Saturday, continuing when the horrid, incomprehensibly far-left Tampa Bay Times newspaper, a worthless rag that is apparently run, staffed and edited by doofus, clueless commie morons, reported in its sports section — without comment! – the unbelievable news that the First Amendment of the Constitution is really, really dead, which is why Adam Jones, of the Cincinnati Bengals football team, was arrested in Cincinnati and fined $130 for making a comment that was, according to statute, “likely to be offensive or cause inconvenience, annoyance or alarm to persons of ordinary sensibilities.”

And speaking of “causing alarm,” the S&P500 is sporting a hefty 19.6 price-to-earnings ratio, meaning that stocks are priced up around the top of their historical range compared to earnings, which, combined with the ugly economic news of late, makes both seem overdue for a big fall.

Worse, interest rates are bizarrely, abnormally low, thanks to the outrageous amounts of currency and credit created by the foul Federal Reserve all these decades, and especially so in the last Five Freaking Years (FFY).

This means, to anyone with sense of dread or impending doom, that interest rates should eventually rise all the way back to at least some semblance of sanity or vague reversion to normality, and thus bond prices have to fall, by half or more, making bonds a Very Bad Deal (VBD), too.

However, since the collapse of these markets would bring down the whole ugly, bloated, monstrous, malignant cancer we call our financial economy, which would cause the collapse of the country, you can be sure that government will do all it can to prevent that: The Federal Reserve, by creating carloads of cash and credit, and Congress, by borrowing and spending it.

If we who are In The Know (ITK) are lucky, not much of this avalanche of cash into the economy will flow into gold and silver, allowing us ITK people to buy them at unbelievable, artificially-low prices thanks to the now-proven government manipulation!

It was George Soros who famously said “The way to make a lot of money is to identify the trend whose premise is false, and then bet against it.”

And it was the Magnificent Mogambo who said essentially the same thing when he said “Buy gold, silver and oil! Whee! This investing stuff is easy!”

And if you don’t believe me, then read Economica Mogambo, the new book containing Priceless Mogambo Wisdom And Outrage (PMWAO), because it says that very exact thing on almost every page, which it should because I wrote most of it, including writing “Whee! This investing stuff is easy!” on almost every page, thus proving EVERYTHING I’ve said, using what we professional economists call Genuine Circular Reasoning (GCR)!

He Predicted What America Would BecomeThe Government Despises the People