We Live in a Police State

Thanks to Edward Snowden, Glenn Greenwald, and Laura Poitras, we know the National Security Agency (NSA) is collecting a huge amount of information about American citizens. But what are they doing with it?

Government officials have been quick to deny any “misuse” of this huge data bank – beyond the to-be-expected eavesdropping on spouses, and other anomalous pranks by errant ex-employees – and critics have so far focused on potential misuse. Well, now we know it’s much more than just potential: it’s real, it’s happening, and it’s downright scary.

The rationale for the Surveillance State has always been “the foreign connection.” There are these Bad Guys outside the US, you see, who are trying to infiltrate our society and cause violent havoc, so we have to create this huge “haystack” of data and sift through it 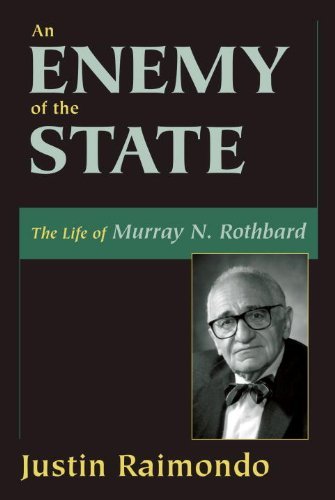 with a fine-toothed comb – but Americans, we’re told, aren’t the primary targets. It’s them furriners we have to worry about.

This turned out to be a lie. We always knew it was a lie, but now James Risen and Laura Poitras have confirmed it in a recent New York Times article that blows the lid off this rationalization:

“Since 2010, the National Security Agency has been exploiting its huge collections of data to create sophisticated graphs of some Americans’ social connections that can identify their associates, their locations at certain times, their traveling companions and other personal information, according to newly disclosed documents and interviews with officials.”

The “foreign connection” was only ever a fig leaf, utilized to get around existing laws forbidding mass surveillance of Americans: this had to be true because, after all, Al Qaeda and its affiliates were and are a foreign group trying to gain entry to our shores and implant its operatives on our soil. Ipso facto, it was deemed necessary to gain access to the entire “haystack” in order to map their success in doing so. The focus isn’t on overseas operatives but on their allies inside the United States who might conceivably be utilized in terrorist attacks. Pushing the legal limits of this mass surveillance, US government officials finally breached the walls of the Constitution in November 2010, when, as Risen and Poitras report, they began to “examine American’s networks of associations.”

In an empire such as ours, the distinction between a “foreigner” and an American is increasingly hazy: every empire is a multi-cultural polyglot, by definition, and the American imperium more so than any other, surpassing even the British. For are we not a country of immigrants, an idea more than a nation in the European sense? Americans are connected through a thousand threads to foreign

nationals, and once it was deemed “legal” to collect “meta-data” – i.e. records of our phone calls – the rest followed logically and inevitably.

Risen and Poitras report that a January 2011 memo, uncovered by Snowden, authorized the NSA to run “’large-scale graph analysis on very large sets of communications metadata without having to check foreignness’ of every e-mail address, phone number or other identifier, the document said.”

And that’s not all:

“The agency can augment the communications data with material from public, commercial and other sources, including bank codes, insurance information, Facebook profiles, passenger manifests, voter registration rolls and GPS location information, as well as property records and unspecified tax data, according to the documents. They do not indicate any restrictions on the use of such ‘enrichment’ data, and several former senior Obama administration officials said the agency drew on it for both Americans and foreigners.”

Here is a perfect illustration of how the advancement of government power works: give them an inch or three – access to “meta-data” – and they take a mile. What we wind up with is a perfect framework for a police state. Although we still don’t know how many innocent Americans have been caught up in this dragnet, the old “six degrees of separation” principle certainly applies in this case: anybody can be “linked” to anybody, given the sheer amount of information at the government’s disposal.