According to Austrian Business Cycle Theory, when a central bank slows its money printing that has fueled a manipulated stock market boom, the stock market is very vulnerable to a crash.Murray Rothbard in his book America’s Great Depression explained how it occurred before the October 1929 crash:

It is generally acknowledged that the great boom of the 1920s began around July, 1921, after a year or more of sharp recession, and ended about July, 1929. Production and business activity began to decline in July, 1929, although the famous stock market crash came in October of that year. […] the total money supply of the country, beginning with $45.3 billion on June 30,1921 and reckoning the total, along with its major constituents roughly semiannually thereafter. Over the entire period of the boom, we find that the money supply increased by $28.0 billion, a 61.8 percent increase over the eight-year period. This is an average annual increase of 7.7 percent, a very sizable degree of inflation. Total bank deposits increased by 51.1 percent, savings and  loan shares by 224.3 percent, and net life insurance policy reserves by 113.8 percent. The major increases took place in 1922–1923, late 1924, late 1925, and late 1927. The abrupt leveling off occurred precisely when we would expect—in the first half of 1929, when bank deposits declined and the total money supply remained almost constant.

The money supplied slowed before the October 1987 crash: 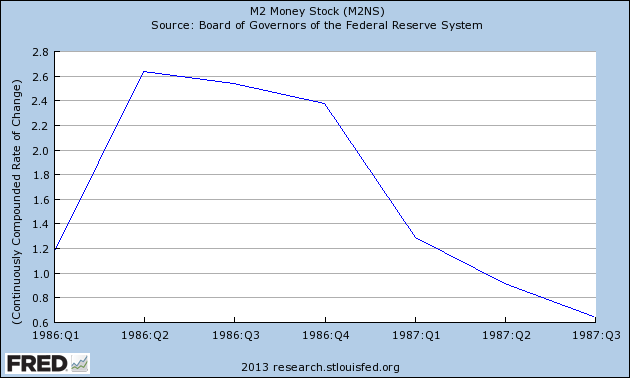 It slowed before the 2008 September Financial Crisis: 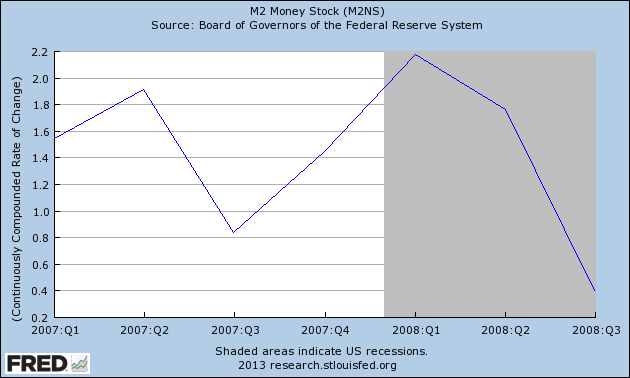 And it is slowing again now: 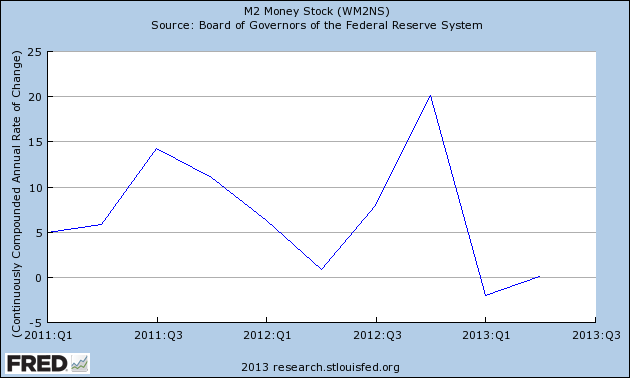 Austrian economics also teaches us that it is a very complex world and that there are many, many inputs on an economy at any one time, so just because something occurred a certain way in the past it doesn’t mean it will develop exactly that way in the future, BUT central bank money manipulation does play a big role and it is crashing once again.