Progressives and the Bloody 20th Century

As one who has written on the Progressive movement that began in the late 1800s and still continues today, I am struck by the way that people have institutionalized the "reforms" and creations of Progressives to the point where they become something even beyond articles of faith. There can be no discussion on anything Progressive governments enacted, not matter how much damage these "reforms" have caused, and even to suggest that these "reforms" are not essential to our very existence is want to repeal life itself.

The latest hysterical "They Want to Repeal the 20th Century" screed comes from Steven Pearlstein, an economics columnist for the Washington Post, who lays out an interesting line of thought and in the end seems to claim that the mass of government programs and agencies created during the last century carries the same aura of truth as does the Law of Gravity. He writes:

These folks are actually talking about repealing the Clean Air Act, the Clean Water Act and the Environmental Protection Agency, created in 1970s.

They're talking about abolishing Medicare and Medicaid, which passed in the 1960s, and Social Security, created in the 1930s.

They reject as thoroughly discredited all of Keynesian economics, including the efficacy of fiscal stimulus, preferring the budget-balancing economic policies that turned the 1929 stock market crash into the Great Depression.

They also reject the efficacy of monetary stimulus to fight recession, and give the strong impression they wouldn't mind abolishing the Federal Reserve and putting the country back on the gold standard.

They refuse to embrace Darwin's theory of evolution, which has been widely accepted since the Scopes Trial of the 1920s.

One of them is even talking about repealing the 16th and 17th amendments to the Constitution, allowing for a federal income tax and the direct election of senators – landmarks of the Progressive Era.

What's next – repeal of quantum physics? (Emphasis mine)

As I read through this litany, I realize that his line of argument is terribly fallacious, but to Progressives, all their talk of science and logic does not apply to their own methods of reasoning. Pearlstein is claiming that the very creation and continued existence of agencies like the EPA and the provisions of the Clean Air Acts and Clean Water Acts, along with the Income Tax and direct election of U.S. Senators, Medicare and Social Security are proof of their truth. 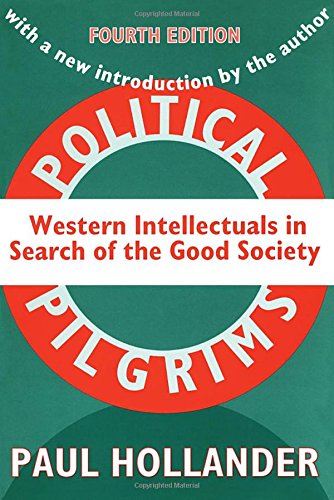 Furthermore, he equates these legislative acts, along with the Keynesian theories and accompanying policies as having the same legitimacy as laws of quantum physics. Just as one cannot debate the existence of gravity, so one cannot even debate anything that fits within the Progressive agenda.

As I read through the article, I come to the conclusion that Progressivism at its heart is a religion, one in which the State is God and Abraham Lincoln, Teddy and Franklin Roosevelt, and Woodrow Wilson are its Holy Prophets. John Maynard Keynes is the savior. To question anything that they said or did is to require banishment not only from polite society, but from the very universe altogether.

If there is a Golden Era of Progressivism, it is the 20th Century, and while many decent people are repulsed at the government-initiated slaughter of innocent people that characterized those 100 years, Progressives see, well, progress. Where some see the butchering of 10 million men in the execrable trenches of World War I and ask who could have ordered this needless destruction of lives, Progressives see "progress" in the destruction of the European monarchies and the establishment of the U.S.S.R. (Yes, the U.S.S.R. during the 1920s and 1930s was a darling of U.S. Progressives, and their effusive praise of the regime, and especially of Josef Stalin, is well documented in Paul Hollander's Political Pilgrims.)

Furthermore, World War I in the USA led to military conscription, high income tax rates, destruction of the classical gold standard (and replacement with fiat paper money), Prohibition, and government takeover of the railroads and government control of business, all of which were highly-sought by Progressives for years before World War I brought their goals to fruition, which was aptly noted by Murray N. Rothbard in his classic essay, "World War I as Fulfillment." Thus, to Progressives, the bloody human sacrifice that characterized that conflict was "worth it" because the postwar world was much more to their liking.

It is hard to understand why anyone would prefer the bloodshed and social turmoil that was World War I and its aftermath to the relatively peaceful western world that existed before Europe stumbled into massive warfare in August 1914, yet Progressives believed (and still believe) that the destruction of ancient institutions and replacing them with edicts from the state was a good thing. And when people pointed out that the Russian Revolution was bringing death and destruction, the typical Progressive response was, "If you want to make an omelet, you have to break some eggs." 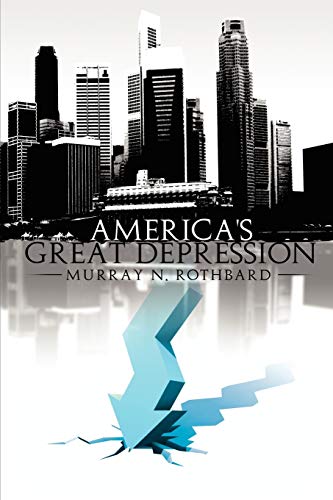 The Great Depression was the next event that solidified the Progressive hold on U.S. policies, and like World War I, it provided Progressives the opportunity to make permanent changes in the nation's political economy, or at least bring permanent changes to the legal institutions that set the boundaries for private enterprise. Furthermore, in the name of "bold action," the government engaged in activities from cartelizing U.S. industries (the idea that reducing output would reduce layoffs, which would reduce unemployment) to hiring vast number of people to do chores from writing propaganda for the Roosevelt administration to digging drainage ditches in U.S. cities.

That the nation's unemployment rate still was in double digits in 1940 did not discourage Progressives from pursuing their various agendas, as they claimed that unemployment would have been greater had the government done "nothing." Meanwhile, the Great Depression spread from the United States to the rest of the world and led to political and social upheaval that ultimately exploded into World War II.

Because Progressive policies (laid out in detail in Murray Rothbard's classic America's Great Depression) created the economic calamity that created the rest of the turmoil, one can say that World War II also was a Progressive's war. Not surprisingly, Progressives jumped at all of the "opportunities" that war brought, including military conscription, government control of the economy, further destruction of sound money, price controls, forced unionization of firms that did business with the government, military destruction of cities in Japan and Europe, and the creation of an international monetary system that would collapse in less than three decades and lead to the ultimate Progressive goal: worldwide fiat money.

World War II ended in 1945, but not before more than 50 million lives had been snuffed out, and the reach of Stalin's Soviet Union extended, along with the establishment of what would be the Cold War. Unfortunately, the end of World War II was not the end of the mass murder of which either Progressives would directly influence or, at least approve. Wars in Southeast Asia killed millions of people, and the killing escalated after U.S. Progressives in Congress and the White House committed millions of conscripted troops to the region to prop up existing non-communist governments.

It is hard to know how many innocents died in these Progressive conflicts, but it is clear that the so-called vision that these We-Want-To-Remake-the-World that Progressives demanded resulted in slaughter and calamity that is hard even to describe, and when one thinks of the vast human displacement, the use of concentration camps, and the state-sponsored violence that was endemic, the only things that remotely resemble what happened were the Thirty Years War and the Assyrian and Babylonian conquests of the ancient world. Yet, when one speaks to Progressives about World War I and World War II, we are told that the first "made the world safe for democracy" and the second was "the good war."

Now, some Progressives might agree that these wars were bad – although they will claim that the Progressive Agendas had nothing to do with them – but then they will point to the "accomplishments" of the 20th Century, specifically the establishment of the Welfare State and the expansion of government agencies and programs that ostensibly were created to save humanity from the alleged horrors of capitalism. Pearlstein's screed, for example, lists a number of Progressive "reforms" and creations, from the EPA to Social Security and the Income Tax.

The idea is that their very creation proves their necessity, and that our society would collapse and fall into chaos and death without them. Not only is the State central to our existence, in the Progressives' viewpoint, but now that the state is all-pervasive, we cannot survive unless the state is nurtured and expanded, for "reforms" always involve the expansion of government, and anything less is to do away with civilization altogether.

Such thinking hardly is new. Frederic Bastiat more than 150 years ago anticipated Pearlstein when he wrote: Substitute "Progressive" for "socialist," and you can see that nothing has changed. (While it is true that many Progressives do not claim to be socialists, both believe that all improvements in the human condition come about as the result of the expansion of the State. There really are no exceptions.)

In the end, we are supposed to ignore the slaughter and destruction of the world wars, the exponential growth of the surveillance (read that, domestic spying) state, the choking taxation, and all of the wars fought since in the name of "liberation" and "progress." Furthermore, if any of us would like to repeal all of that, or if we wish it had not happened, something is wrong with us.

Progressives, as stated earlier, love to use the "break eggs to make an omelet" analogy to justify the destruction that has accompanied their Great Visions. To be honest, I'd rather not eat what they are trying to force down my throat.