The New York Times' Broken Record: Whoops! We Rushed to Judgment, but the Charges Are Not True!

To the surprise of no one who has done even a smidgen of due diligence in the sexual assault case against former International Monetary Fund head Dominique Strauss-Kahn, the New York Times and other news outlets are reporting that the whole thing is falling apart because the accuser has been spinning more stories than did Crystal Mangum of Duke Lacrosse case fame. His release on his own recognizance (after originally being held on $5 million bond) is the last step before this case officially is trashed, I believe.

Shortly after Strauss-Kahn’s arrest, a forensic nurse (who is a skilled interviewer in sexual assault accusation cases) and I were discussing the case and as she laid out the facts, it was pretty obvious that from the start, the police and, more important, the Manhattan district attorney’s office, were telling Mike Nifongesque lies. Remember that he supposedly left the hotel immediately after the attempted rape, being in such a rush that he left his cellphone behind in an attempt to quickly get out of the country?

It turns out that he checked out of the hotel in an orderly fashion, went to the airport, and then called the hotel to see if they could deliver his cellphone to him. None of his actions seemed to be those of a man desperately trying to leave the USA, although given the state of “law enforcement” in this country, I can’t blame him for wanting to get the heck out of this place. 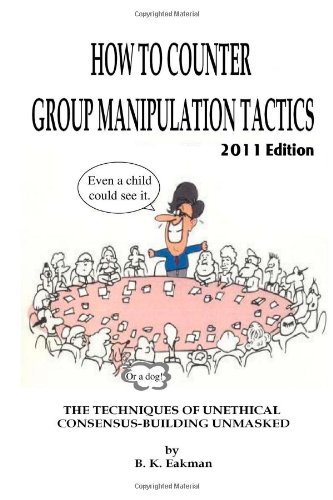 Even those lies from the police and prosecutors aside, it gets even better, much better. However, we first must travel down a short memory lane, courtesy of our friends at the Grey Lady, who always are outraged, OUTRAGED at the mere accusation of sexual assault or sexual harassment. As one examines various statements coming from the DA’s office right after the arrest, one can see that the authorities were sticking to their story, claiming that the "victim" provided "powerful details consisted with violent sexual assault, and that her story was "constant and unwavering."

Of course, what sexual assault claim would be complete without the editorial page angst that came from the opinion folks at the NYT? Not surprisingly, Maureen Dowd, who never seems to be without a stupid and poorly-informed opinion, wrote a blanket denunciation about French men and sexual harassment (as seen in the link).

Just as the NYT immediately jumped to the conclusion that Reade Seligmann, Collin Finnerty, and David Evans had raped Crystal Mangum, writers at the paper quickly assumed that the Strauss-Kahn accuser was telling the unvarnished truth. The letters that the paper saw fit to publish were full of the rush to judgment. This piece by Linda Martin Alcoff, a philosophy professor in New York, was pretty typical of the mindset of the NYT crowd.

In other words, it was assume guilt first and always believe the prosecutors, especially when prosecutors are prominent Democrats like Vance who have political ambitions. But, as in the Duke case, truth has carved a bit of a wedge in the NYT’s narrative.

I have no doubt that the story that police and prosecutors fed the media — that this large, naked man jumped from the bathroom and forced this poor, African immigrant to give him oral sex — is utterly false. First, keep in mind that she is from Guinea, and is a French speaker. Second, I suspect that the encounter not only was mutual, but she planned it in advance, and most likely with some of the people with whom she is associated.

I smell a setup from the beginning, one that even a semi-competent investigator would have found. However, given that the original investigation was done by the New York police and the DA’s office, competency really is not in the job description; however, being able to act in an ideological manner that fits with the mentality at the NYT IS part of the job.

Nonetheless, the NYT continues to protect Vance and his crew, declaring:

In recent weeks, Mr. Strauss-Kahn's lawyers, Benjamin Brafman and William W. Taylor III, have made it clear that they would make the credibility of the woman a focus of their case. In a May 25 letter, they said they had uncovered information that would "gravely undermine the credibility" of the accuser.

Still, it was the prosecutor's investigators who found the information about the woman. (Emphasis mine)

Right. It seems that no one at the NYT has managed to deal with what is obvious: If government investigators had found this damning evidence on their own, then why were Vance and company continuing to claim that the accuser was truthful and that they had a strong case? In other words, if their investigators found out these things, either one of two things happened, neither of which would reflect well on NY authorities.

The first would be that investigators told them what they had found, but Vance’s charges continued to spout the same narrative, hoping that their rhetoric would overcome any problems. In other words, they knew the truth but lied.

The second would be that the investigators withheld information and gave it to their superiors only long after they had found out the truth, leaving Vance and the other prosecutors in the dark. This one makes no sense, which means that if what the NYT is saying is true, then Vance and those prosecutors involved with the case should be disbarred at the very least for knowingly making false statements in a very high-profile case.

There is a third possibility, and that is that the private investigators for the Strauss-Kahn defense did their own work and presented the facts to the Manhattan DA and warned them that if they did not act, the defense would make sure that the material would be leaked in a very unceremonious way. Any way one slices this material, however, it is clear that Vance and his employees have a lot of explaining to do. Don’t expect the mainstream media to ask those questions. Vance and the editorial staff at the NYT are joined at the ideological and political hip and the paper will do everything it can do to protect him. Likewise, the fact that Strauss-Kahn over the years has had the reputation of acting as, well, one might expect from someone who is known to be sexually-boorish, I doubt that too many mainstream reporters are going to invite the rage of the Maureen Dowds.

Nonetheless, we see yet another example of the Government-Media Alliance making false accusations, bringing false charges, and then ending up with egg on some collective faces. This is not the last time we will see this sorry scenario, and I only can feel for the next person who is caught in the crosshairs.