The Death Tax and Barney Frank

Yesterday I watched one of my favorite movies, The Bishop's Wife (1947). It's the story of . . . well, never mind; I don't want to reveal the plot. Anyway, at the end of the movie, the bishop (David Niven) gives a brief Christmas sermon, in which he says that the best presents are "loving kindness, warm hearts, and the stretched out hand of tolerance – all the shining gifts that make peace on earth."

It's a noble sentiment, nobly expressed. But this year, when I heard it, some curious, speculative questions occurred to me. It's good to be a giver of gifts – but what about the receivers of gifts? Is it morally right for the receivers to get and keep what others bestow on them? If not, should they be forced to surrender their gifts to others?

If you have any common sense, I'm sure you're thinking, "This is crazy. Gifts are gifts. By definition, they are freely given, to people whom the givers want to have them. Why worry about that?"

The reason I started to worry was something that Barney Frank said.

In a Dec. 17 interview with CNBC, Frank, who is the outgoing chairman of the House Financial Services Committee, went into a tirade about the moral justification of the death tax – the tax that people pay for the wealth they receive in the estates of friends and family members. Looking and speaking like Elmer Fudd in a fit of hysterical anger, Frank shrieked the following: "Heirs, who now inherit, they haven't done this on their own, they haven't worked hard; that's a pure gift to someone who is lucky enough to be related to someone or very friendly with someone, who's [inaudible, perhaps lending] them the money."

Frank has enjoyed great political power. He is famous for his intelligence. He is, perhaps, a person who deserves to be taken seriously. So I did take him seriously. I didn't just think, "Here's a politician who's trying to extract more money, even if he has to get it by robbing the dead." I started thinking about this idea of working hard for things and earning them, and thereby coming to deserve them. 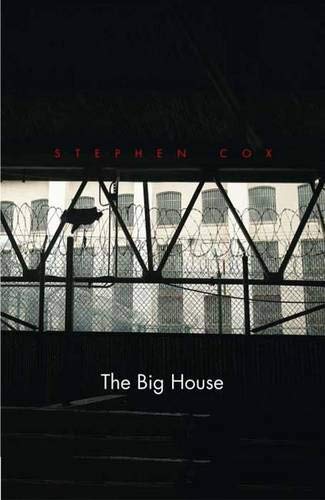 Granted, Frank was wrong on some of the facts. He denied that any heirs have "worked hard" for what they get. Tell that to the heirs of some crotchety old person who tortured them for decades, demanding their service, repressing their criticism, and ignoring their wishes, but who finally forked over some wretchedly small bequest to them. These people worked. Or, to go to the opposite end of the spectrum, tell that to the people who devoted themselves to the care of a beloved friend or relative, expecting no reward, and were then surprised by a kindly remembrance in their loved one's will. There are indeed heirs who work and deserve.

So Frank was mistaken about a lot of things that really happen, that often happen, that usually happen in human life. You would think that an intelligent person would be well acquainted with these things. But it's easy to confuse being verbal with being intelligent. Rep. Frank is certainly verbal; intelligence is another matter.

At any rate, you would expect a conscientious person, of whatever degree of intelligence, to reflect on the strange contradiction involved in denying people the right to unearned wealth, while supporting programs that give people unearned wealth. Congressman Frank is a great proponent of welfare. His insistence that people should be enabled to buy a house even if they don't earn enough to afford it was partly responsible for the disastrous bust in the housing market. Of course, he's not the nation's only would-be redistributor of wealth. Modern liberalism (and a great deal of modern conservatism) would not exist if it weren't for the idea that people who haven't actually earned something should get it from the government.

But putting Frank's intellectual contradictions aside, what about the general principle, the principle that he suggested in his interview – the idea that if you haven't worked hard for something, you ought to be prepared to give it up?

I'll ignore one obvious issue, an issue that libertarians often bring up (and it's a good thing they do): the question of why the government should be the entity that takes people's "unearned" wealth away. Surely the government didn't work hard for anything I inherit from a friend or relative, or even from someone I never heard of. If working and earning are the justifications for the possession of wealth, what justification does the government have?

As I say, however, let's put this particular issue aside, and return to the basic problem: What is the moral status of my unearned wealth? Should I feel guilty about possessing it? 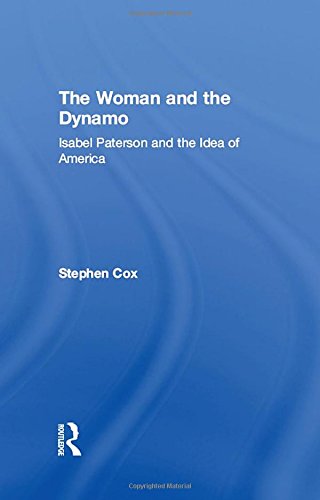 I'll be honest with you: I have a lot of this stuff. When it comes to unearned wealth, I am rich beyond the dreams of avarice. I didn't work to gain the jewel of life, love and friendship. Friendship is a gift. True, it's not a gift that is randomly bestowed. Few gifts are. My friends presumably have some reason, however eccentric, for giving it to me. Nevertheless, it is a gift.

I did work to get my job, and succeed in it. But my work has never been equal to the enormous pleasure my job provides. And I certainly never worked to create such things as electric lights, motion pictures, books, computers, the paintings of Andrea del Sarto, the glory of the summer constellations, or a human history rich with interesting events and inspiring personalities. I didn't work hard to be born in America. I didn't earn the constitution of the United States.

Maybe Barney Frank would acknowledge the same thing about himself, if he were thinking calmly. I well remember my only sighting of Mr. Frank. It was years ago, at Washington National Airport. At that time, he wasn't as fat and self-satisfied as he is today, but he was self-satisfied enough, and fat enough, and it was amusing to see him strutting across the concourse, holding a triple-scoop ice cream cone in his outstretched hand, watching it as admiringly as if it had been the Hope Diamond. In every aspect of his being he projected the sense that he deserved that tower of ice cream. And he did, in the sense that he'd paid for it. 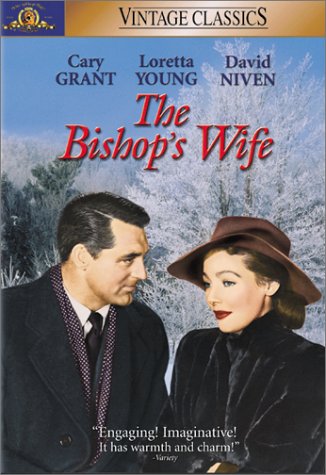 But in a larger sense, according to his own theory, he didn't. He hadn't worked to invent ice cream, or airports, or congressmen, or congressional salaries. He hadn't earned his birth in a free and prosperous America, a land flowing with ice and cream. Yet none of these considerations prevented him from enjoying his dessert. There was no appearance of guilt, no attempt to share the feast with others. I'm confident that if an agent of the government had turned up to take some part of Mr. Frank's ice cream cone, he would have fought like a tiger to keep and devour it himself.

But wait, you may say – in his interview on CNBC Frank intended to speak only of money, not of the less abstract gifts, such as ice cream cones, that we gladly receive from friends or relatives or providence (or luck, as he would have it).

Well, here again there are some facts that ought to be respected. The estate taxes that Mr. Frank supports require more than just surrendering some money that was bequeathed to you. People don't ordinarily inherit huge chunks of cash; they inherit other forms of property. To pay the taxes on this wealth, they have to sell the property, often at the sacrifice of much of its value. So Frank wasn't talking just about money; he was talking about farms and businesses and your grandmother's china and everything else that may have to be liquidated to produce the cash he thinks the government deserves.

But, for the sake of argument, suppose that money is the only thing at issue. Consider the following scenes from human life. Notice how strange they become when you try to apply Frank's ideas about unearned wealth. 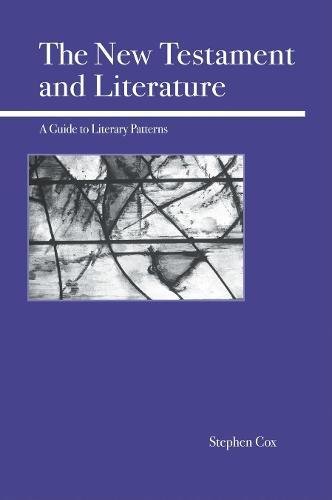 1. I want to treat my friend to a trip to Europe – not because he worked hard for it, but simply because I want him to enjoy the sights with me. If I give him $5,000 to cover his expenses, does he have a moral obligation to surrender, say, $1750 of it to the government? (We're looking at a 35% estate tax for 2011, for heirs who happen to receive more than such and such an amount. Incidentally, what other moral imperative is measured in arbitrary terms, by a majority vote of Congress – a 35% tax in 2011, a 55% tax in 2001, and who knows what kind of tax in 2020? ) But if I charge the trip to my credit card, will Barney Frank demand that my friend surrender $1750 of the money value of my gift, even if it means selling off some of his property? Or will he be allowed to claim that he is actually earning the trip, because he'll have to put up with me as a fellow traveler? Will he need to file an income tax schedule in which he itemizes my faults? He'll need more than one accountant to complete that form.

2. Your daughter is getting married. You want to give her something that she can use in her own way. So you write her a check for $10,000. She didn't earn that money. Does that mean she has a moral imperative to surrender $3500 of it to the government? If so, you'll need to write her a check for $13,500, to make up the difference. Does she then have a moral duty to surrender the same proportion of the $13,500 as she did of the $10,000? If so, you'll need to write her another check, this time for $14,725 – and so on and so on, in a weird riff on Zeno's paradox. Is this the way morality works?

3. You are about to die. You are lying on your deathbed. You hurriedly make out your will. Suddenly inspired by family values, you bequeath $50,000 to your nephew Albert, whom you have never seen and know nothing about. Is Albert morally obligated to give $17,500 to the government, because he never earned the $50,000? Congressman Frank would certainly answer in the affirmative. But suppose that you have, like a sensible person, omitted the unknown Albert from your will – yet five minutes before your death, he bursts through the door, exclaiming, "Uncle! I'm here at last!" Impressed by this display of love, you write him a check for $50,000. Then you die. According to Frank's system of morality, was it only Albert's presence in your will that would oblige him to pay anything, or does he have a moral obligation to surrender the $17,500 that he received a moment before your death, because the lucky boy still did nothing to earn it? Or was his journey to your deathbed – which admittedly may have been much more arduous than any duties performed by a US congressman – enough like work to leave him free and clear?

These questions, though easy enough to come up with, have evidently not occurred to the sagacious Mr. Frank. Maybe they will, now that his party is out of power and he will no longer be the head of an important congressional committee. He'll have time to think. And maybe – who knows? – he will find some answers. It would be terrible to believe that he had already surrendered to government service the best part of his unearned gift of intelligence.

The Best of Stephen Cox

Stephen Cox is Distinguished Professor of Literature, Emeritus, at the University of California, San Diego.  He is the author of many books and is the editor of Culture and Liberty: Writings of Isabel Paterson and of Liberty magazine, available at https://libertyunbound.com.