Rove Might Be Trying To 'Pull a Siegelman' With Julian Assange

Is Karl Rove helping to export American-style political prosecutions to Scandinavia? Is "Bush’s brain" trying to fashion a bogus criminal case in Sweden against WikiLeaks founder Julian Assange, much like the one he helped build against former Alabama Governor Don Siegelman?

The answer to both questions appears to be yes, based on a recent report by Andrew Kreig at Huffington Post. On top of that, we have information from Rove’s own Web site that confirms his close ties to Sweden, the subject of an earlier Legal Schnauzer post. And we have unearthed a video from Rove’s 2008 visit to Timbro, a "free market" think tank in Sweden.

Circumstantial evidence continues to build that Rove is behind, at least in part, the Assange case. If so, why? We will address that question in a moment. 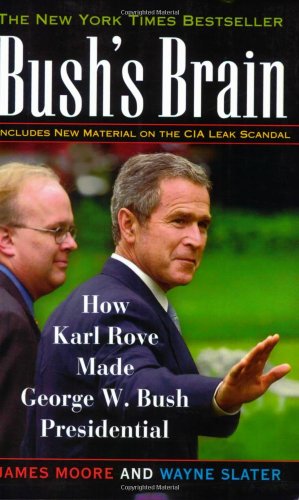 Kreig, director of the D.C.-based Justice Integrity Project, says the Assange arrest in Sweden has many of the hallmarks of the Siegelman case. And he notes that Rove has strong ties to Swedish prime minister Fredrik Reinfeldt, who has been called "the Ronald Reagan of Europe."

Here is what might be most disturbing about the Assange story: Rove appears to be working with the Obama administration to help muzzle WikiLeaks and its founder. Reports Kreig:

Karl Rove’s help for Sweden as it assists the Obama administration’s prosecution against WikiLeaks could be the latest example of the adage, "Politics makes strange bedfellows."

These days, Sweden and the United States are apparently undertaking a political prosecution as audacious and important as those by the notorious "loyal Bushies" earlier this decade against U.S. Democrats.

The WikiLeaks case could have major repercussions for journalism in America and abroad. A source tells Kreig that the Assange arrest has some familiar footprints on it:

The U.S. prosecution of WikiLeaks, if successful, could criminalize many kinds of investigative news reporting about government affairs, not just the WikiLeaks disclosures that are embarrassing Sweden as well as the Bush and Obama administrations. Authorities in both countries are setting the stage with pre-indictment sex and spy smears against WikiLeaks leader Julian Assange, plus an Interpol manhunt.

"This all has Karl’s signature," a reliable political source told me a week and a half ago in encouraging our Justice Integrity Project to investigate Rove’s Swedish connection. "He must be very happy. He’s right back in the middle of it. He’s making himself valuable to his new friends, seeing the U.S. government doing just what he’d like " – and screwing his opponents big-time."